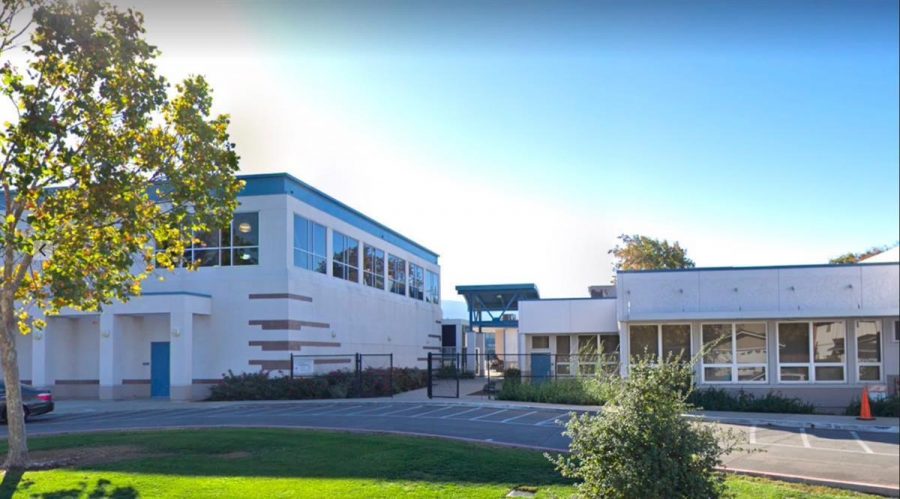 Lawson Middle School during the summer.

Exploring CUSDs past financial wellbeing in the early 2000s

When Dr. William Bragg took over as CUSD superintendent in the late 1990s, CUSD was in a state he refers to as “growth mode,” in which the population of the district was growing at a rapid pace. Pearl Cheng, who was a board member at the time, saw Bragg as the perfect candidate to improve student learning, open a new middle school and transition CUSD junior high schools to middle schools.

“[The late 1990s and early 2000s] was a time when we definitely saw another upswing in population, and our demographic studies showed that those upswings were going to have us hit major capacity issues at the middle school level,” Bragg said. “One of our big actions at that time was to plan for and determine how to open a new middle school.”

Bragg was originally an elementary school teacher for 11 years. He first became the first principal of Pioneer Elementary School before becoming the Head of Personnel and then the Assistant Superintendent in Southern California. Bragg later became Deputy Superintendent of the Oceanside School District, and finally, accepted an offer from CUSD to become its new superintendent in 1990.

While creating his plan, Braggs reached out to the community to brainstorm ideas and figure out how to best redraw the districts.

“One of the issues we had was determining how we were going to redraw the districts for the middle schools,” Bragg said. “Everything involved a process; everybody had to be heard and everybody had an opinion on what was going to work and what was not going to work. We took a lot of time with the community [and] engaged in these conversations about what the fifth middle school would be like.”

Bragg notes that the board and community came up with “about 12 to 15 alternative plans,” but they ultimately settled on one that redrew the district by moving some students from the Kennedy Middle School zone to the new Lawson Middle School.

There was hesitation, trepidation and concern all throughout that process. To this day … we are [still] an amazing school district with quality and excellence everywhere you look. So, of course, [Lawson] today is excelling.””

“We knew [that redrawing the district’s school zones] would take … a very intentional and strategic community outreach and community input process,” Cheng said. “My team and I, with Dr. Bragg, did a many-months process [with] community members, no different then what’s happening today, that helped assess the demographic study, the current state of boundaries and current populations to then determine a full range of options.”

Cheng notes that at the time of the planning of Lawson Middle School, some KMS parents were concerned about the academic standards at the new middle school.

“There was hesitation, trepidation and concern all throughout that process,” Cheng said. “To this day … we are [still] an amazing school district with quality and excellence everywhere you look. So, of course, [Lawson] today is excelling.”

During Bragg’s tenure, the district’s population was steeply increasing, which meant a subsequent increase in CUSD funds.

“Because we were such a populous school district …  we didn’t have any problems getting kids to come to our schools,” Bragg said. “If you’re a growing district, you are financially much better off than if you’re declining. That’s because the increased revenue you receive through increased students, not all of that has to go to pay for the teachers and the cost of educating kids. A lot of that can go to [other projects such as] infrastructure.”

“The board [at the time] felt the need to move to a true middle school concept,” Bragg said. “We felt that sixth graders would have a more engaging opportunity at a middle school where they are interacting with sixth, seventh and eighth graders.”

However, Bragg adds that he felt that his reform of CUSD’s teacher leadership was more influential than opening Lawson Middle School.

“One of the reasons we tried to build up leadership capacity is to have teachers take more ownership of how the schools run and responsibility for the effectiveness of what they were doing and working together, as opposed to having all [of the leadership] vested into one group of people,” Bragg said.

Chris Roels, a Murdock Portal Elementary School teacher present during Bragg’s tenure as superintendent, believes that this type of teacher-run leadership was effective and useful. He believes that through his years of teaching, teacher-led programs have become farther and fewer between. Roels believes that an increase in these programs would be highly beneficial for newer teachers who may apply these leadership skills to their teaching style in the future.

Despite the district having enough funding, Bragg states that CUSD is also funded by the state, which passes annual budgets. Therefore, he believes it is important for school districts to keep low costs just in case school districts — especially those reliant on state funds —  funding is cut.

Bragg’s administration oversaw the majority of growth of CUSD in the last 30 years. With no predictions of declining enrollments in CUSD, the administration was in growth mode; CUSD would continue to grow until the 2000s. According to Cheng, CUSD and Foothill-DeAnza are now experiencing declining enrollment in contrast to the early 2000s, which had an impact on funding.

“The biggest issue schools always face is state funding and whether or not there’s going to be enough money and whether the state has the money they need to do,” Bragg said.

Bragg believes that his administration had no major shortcomings, and that the current deficit spending could not have been predicted by his administration since they were more focused on growth. However, Bragg does not see CUSD’s financial issues as new. According to him, around 30 years before his leadership, CUSD managed over 30 schools before reducing in size due to declining enrollment. His administration oversaw a significant growth due to the increasing relevance of Silicon Valley.

“You have to be cognizant of [what happens] once you turn that corner and start declining, which happens in every district; it happened before I got there in Cupertino,” Bragg said. “It was a huge district in the [1950s], I think they had an enrollment of over 25,000 students — they had probably 50 schools [and] they closed and sold off many of those [as enrollment declined].”

Cheng adds that the Cupertino Education Endowment Foundation (CEEF) 一 which provides funding from private donors to support educational purposes 一 was established due to Cupertino’s shrinking population in the early 1980s.

Bragg says that by the time his tenure at CUSD ended, much of the growth that had occurred in CUSD had plateaued in 2006.

“When I had left, we had done most of the growth that was going to happen,” Bragg said. “We had plenty of room to anticipate some [more] growth [in the future], so I don’t think the district was in a position to worry too much about [enrollment].”

Cheng relates to her current position as a board member of Foothill DeAnza College. She says that there are ups and downs but it’s important that the leadership remains strong.

“I’ve seen it at Foothill DeAnza myself, I’ve been there for dozens of years and we’ve been through ups and downs and we are [also] in a down,” Cheng said. “When you have that challenging time of the more austere, difficult budget. Difficult enrollments that feed into the difficult budgets, then you have to make some tough decisions and it is not easy. But the elected body is elected to [make tough decisions].”