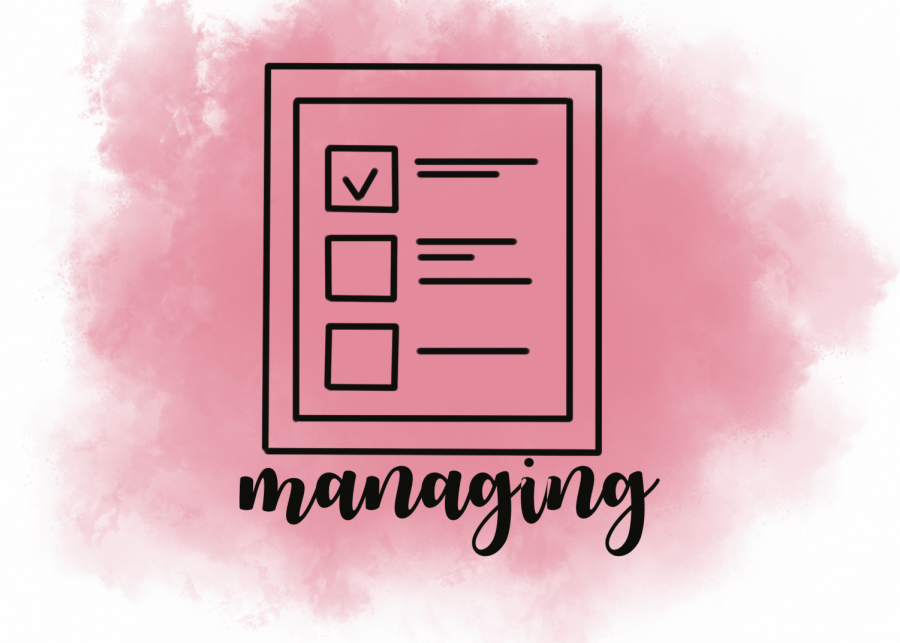 Overcoming hurdles while managing the play in an online setting

When selecting which play the Drama department produces, English and Drama teacher Hannah Gould has a lot to consider. Naturally, she bases her choice on scripts that are interesting and well suited to her actors. Another big factor is choosing a production that she feels comfortable directing. However, directing “The Misanthrope” required her to also keep in mind what play would work best in an online, remote-learning setting.

Gould chose “The Misanthrope” as this year’s play after seeing a preview of a professional cast performing it on Zoom. The dialogue-heavy script was ideal due to the disadvantage of not doing a live performance. In an online setting, any actions between the actors would be difficult to perceive — therefore, having more spoken scenes would best utilize what the cast had to work with. In addition, Gould also chose a casual, comedic theme of the play after considering the circumstances with the COVID-19 pandemic.

“I thought it would probably be good to pick something kind of light-hearted [and] more of a comedy because there’s a lot of heavy, difficult stuff going on this year,” Gould said. “And if I had to get actors who might be dealing with stuff in their home lives and struggling with depression or anxiety to tap into a really negative character, I didn’t really feel super comfortable with that.”

To aid in the directing process, Gould relied on two stage managers — Advanced Drama Honor students who helped organize the cast and execute tasks. For these roles, Gould selected juniors Kiran Manghnani and Ajit Chamraj. Their responsibilities included taking rehearsal notes, tracking the progress of the technology departments, coordinating cast members and staying in communication with everyone involved.

Manghnani, who is passionate about drama and musical theatre outside of school as well, began with a few hurdles in her own role.

“[Ms. Gould] was like, ‘Don’t be afraid to ask questions,’ which I think was my biggest problem,” Manghnani said. “Because as stage manager, I was like, should I ask questions? I [felt] like that would make the actors uncomfortable, like, ‘Why is my stage manager asking questions?’ But in the end, we’re all peers. We’re all classmates and we’re all at the same level.”

Chamraj and Manghnani split up the work as co-managers by having Chamraj oversee the tech departments’ progress – makeup, costuming, set, sound – while Maghnani often worked with the actors. Chamraj struggled a little at first with prioritizing the play over other responsibilities, like MVHS Speech Club, because he felt highly accountable for the progress of the tech departments.

“Because it was their problem, it was also my problem,” Chamraj said. “But nothing specifically was an issue for me. It was just that because it was [an issue] just for [the tech departments], I was overseeing them, so it would be my fault.”.

Due to the play being online, the production was offered as a video instead of a live experience, and Gould believes there wasn’t as much of a connection between the cast during production.

“Cast bonding happens so much more organically and effectively when we’re in-person,” Gould said. “There’s a lot more time and opportunity for [the] cast and crew to just be around each other and have more informal conversations. And I’m sure that a lot of that did happen in breakout rooms with tech, but it’s hard to know.”

The difference between in-person and virtual production was especially felt by Manghnani in her stage manager responsibilities, as she compared what was expected of the role pre-quarantine versus now.

“Stage managers [usually] communicate with the actors a lot more [in-person],” Manghnani said. “And I don’t actually think I got to do that very much. Obviously, I was in the [breakout] room, but I was not communicating, I was more or less taking notes and texting [actors] sometimes. I think I only got to do half of the job.”

While filming and putting “The Misanthrope” together on Zoom, Manghnani stayed in the main room with Gould and the actors while Chamraj frequently jumped between the tech departments in breakout rooms.

“If [the tech departments] needed something, I would either give it to them or get it to them,” Chamraj said. “Or if I couldn’t, then I’d get Ms. Gould and we’d work it out with them. It was mostly just making sure all departments are all coordinated to make sure [that]nothing goes wrong.”

Although he has participated as an actor in productions like MV SNL, this year was Chamraj’s first time being a stage manager for an MV Drama production. With online drama management being a new experience for him, he doesn’t think the adjustment from in-person to online was too turbulent because of how social media made it easy to contact fellow cast members.

“The main role as stage manager is to communicate with everyone,” Chamraj said. “And communication [is] not as big of a jump between in-person and online. Obviously, you can’t talk to people in person and you have to do everything virtually, so I did adapt a little bit but it wasn’t that bad.”

Chamraj says he enjoyed being a stage manager because he was able to work with multiple departments and see how everything came together. He believes that, if given the opportunity again, he would take on the role in the future because of his positive experience with Gould and his fellow cast members.

Even with the help of stage managers, Gould found the process of working with Zoom to be frustrating at times, especially in editing the sound and video and communicating with the cast.

“It’s like, instead of sending somebody an email, you’re using a can with a string and another can — that’s what directing online feels like,” Gould said. “Or even like playing telephone, where you say the same word around the [circle] and the message changes. So there are things that get lost, there are things that you’re like, ‘You know what, it’s good enough.’ And normally, I would not have said it’s good enough. I would [have been] like, ‘No, it has to be perfect.’”

While she believes certain things would always be lost in translation when working around the issues of Zoom, Gould is still happy with the completed video of “The Misanthrope.” While producing it, she chose to prioritize the process of creating the play for cast members over the precision of the play itself, to help students gain theatre experience.

Gould believes that putting together “The Misanthrope” was an invaluable experience, even in remote learning.

“There are studies that have been done, where people hooked up heart monitors to people in the audience,” Gould said. “And everybody’s heart starts beating at the same rhythm when they’re watching a play. That doesn’t happen for the actors and it doesn’t happen for the audience when it’s online. And so that makes it harder, but it’s still better than not doing it. I would still so much rather talk to [someone] through a can with a string than not talk to them.”