The aroma of freshly made dumplings heightened James’ interest as he stepped into the room. He was craving the traditional Chinese dishes he had heard all about — his friend mentioned that their friend, Jenny, was starting a business from her house, and dissatisfied with the Chinese food he had previously tried, which included “a plain [bowl] of rice with water,” he visited to try her food.

Tasting each dish meticulously, James immediately loved her foods’ authenticity, realizing that “even in the USA, you can still [get] real homemade Chinese food.” She made “家庭小菜”— everyday dishes using staple ingredients such as pork and chicken. Yearning the rare genuinity he found in her cooking, he visited her frequently, their friendship blossoming through his stays. The two have now been married for more than 20 years.

James characterizes Jenny as a “genius,” a realization that began to foster during their tour in different Chinese provinces — seated at an elegant restaurant in Shanghai, Jenny claimed that she could replicate the dishes that were served, distinguishing between the different ingredients and spices intermixed.

“Jenny, you know, she just has talent,” James said. “She just loves cooking and you can not stop her. Sometimes even at midnight when she has [an] idea, she jumps off the bed and rushes to the kitchen to cook and it’s crazy.”

While running the business from home, Jenny sold dumplings, pancakes and around five to six traditional types of Chinese dishes per day. Jenny’s passion was rooted in cooking, her dreams of opening a store finally realized during the economic recession of 2008, when chains of restaurants began closing down and clearing out space. The two found an open space in an area with a large Chinese population and decided to open a restaurant there because of the cheap rent and, more importantly, their loyal set of customers.

Another motivator was that James noticed in the Bay Area, many parents are swamped with work and unable to cook their own meals. And despite the abundance of “fancy” Chinese restaurants, there were none that based itself on being homemade and authentic, so they set the precedent with Jenny’s Kitchen, creating healthy dishes and branding themselves as a place where one could come and eat everyday.

“After [my customers] try my food, they know it’s different — they never quit,” James said.

After opening their first location, they added a bakery that specialized in mooncakes and other Chinese desserts, and expanded their rotation to around twenty different kinds of hot and cold dishes per day. They also sell pre-made meals such as frozen dumplings for their customers to store and quickly prepare. However, they made sure to maintain their novel authenticity and cooking style by keeping all their dishes homemade and fresh out of the kitchen.

Jenny’s Kitchen operates as a take-out joint — their shelves are stocked with different flavored dumplings and buns, which are also found inside sets of standing fridges alongside the walls that customers can manually choose from. After shopping from the shelves, customers line up behind a buffet-style counter filled with on-display side dishes that they can supplement their meal with. 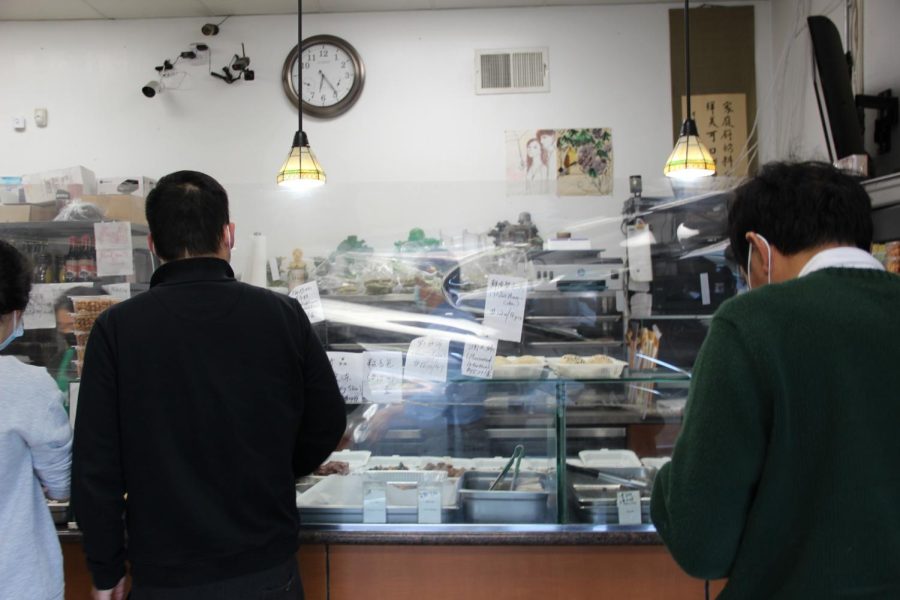 At first, running the restaurant was challenging, but the couple took it step by step, approaching the process slowly. Before the opening, the two were still part-time workers juggling their two professions during the day; Jenny was a certified public accountant and James was a teacher. He graduated from medical school in China, and taught psychology, physiology and public health. For him, transitioning to a food-based business was like “starting from zero” — he had to learn how to deal with customers and handle the business from a managerial standpoint.

“Sometimes the customer is not that reasonable, and you still have to deal with them,” James said. “They think this is not good, this is not right. But this is my style, and if you don’t like my food, next time don’t show up. I do not change for you because I have to take care of 95% or 99% of my customers — I can not handle the 100%, I can not make everyone happy. That’s not my style.”

Jenny’s Kitchen opened a second location on Park Avenue that acts as a central kitchen and is closed off to customers, but plans on slowing down expansion because they want to focus on their dishes instead. Twice a year, in summer and winter, the couple take a two-week break to “refresh” and brainstorm new dishes away from the bustling environment of their restaurant.

Jenny stays in charge of the cooking, but James still tries new dishes before they’re released, using his “picky[ness]” to decide if his customers would enjoy them too. Through running the restaurant, he’s created numerous connections with his customers, who he credits for spreading Jenny’s Kitchen by word of mouth.

“I know my customers very well because they show up every single day,” James said. “We treat my customers not like guests, [but rather] we treat them like family members. They know us, we know them, even their family members and some of their relatives [who] they bring over here. My mooncakes were shipped to New York and shipped to Chicago and shipped to Washington D.C. and Los Angeles overnight, through UPS, because their granddaughter and grandson live there and after trying some of [our food], they never forgot them — they continue to ask their grandparents to ship stuff [over.] That’s really amazing.”