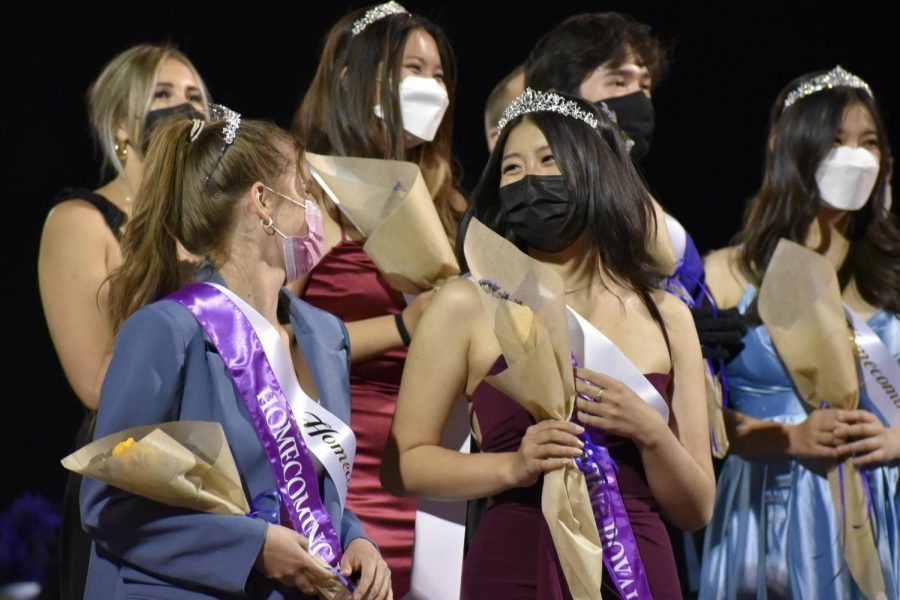 Seniors Sophia Bokovikova and Cindy Zou celebrate after being crowned as the two members of Homecoming Royalty. Following the announcement, Homecoming court members exit the field and take photos on the side of the bleachers.

Glittering Color Guard uniforms, Homecoming Court sashes glowing under the football stadium lights and dazzling performances by the Marching Band all made their appearance during the Homecoming football game halftime show on Friday, Oct. 1. The show began with the parade of the classes carrying their skit banners, performances by groups including Cheer, Marching Band, Color Guard and Dance Team, and ended with the declaration of Homecoming Royalty. 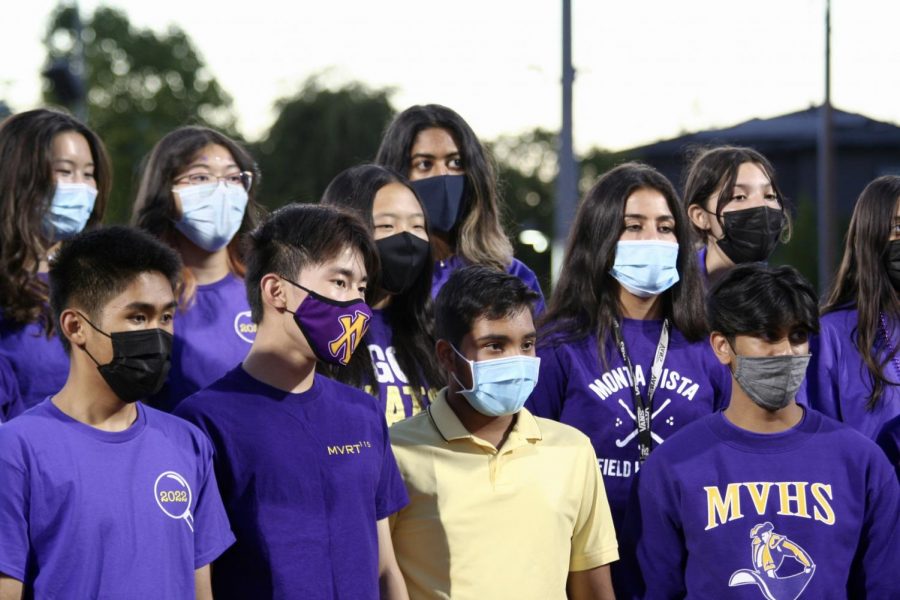