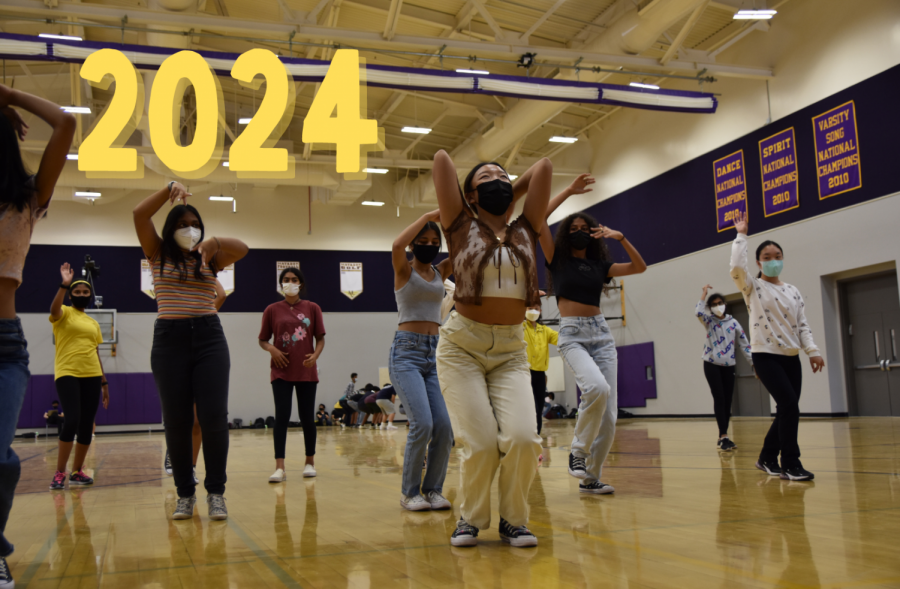 This year’s sophomore Homecoming performance holds great significance — it is the first performance for the Class of 2024, who spent its previous school year online. The class officers began preparations as early as the summer, meeting every few weekends to begin backdrop planning and assigning leadership teams for the various tasks that needed to be done for the big day. With Homecoming preparations finalized by the time school began, class officers moved all three dance practices and skit exercises to the Field House for weekly meetings during lunch, with supplementary sessions on weekends at Memorial Park.

However, practices have proven to be challenging in terms of finding a stable model. Sophomore and Class of 2024 Secretary Ananya Nadathur, who oversees skits, states that coordinating all participants at practices, as well as rescheduling and relocating practices due to weather conditions, serves as a struggle for her during preparations. 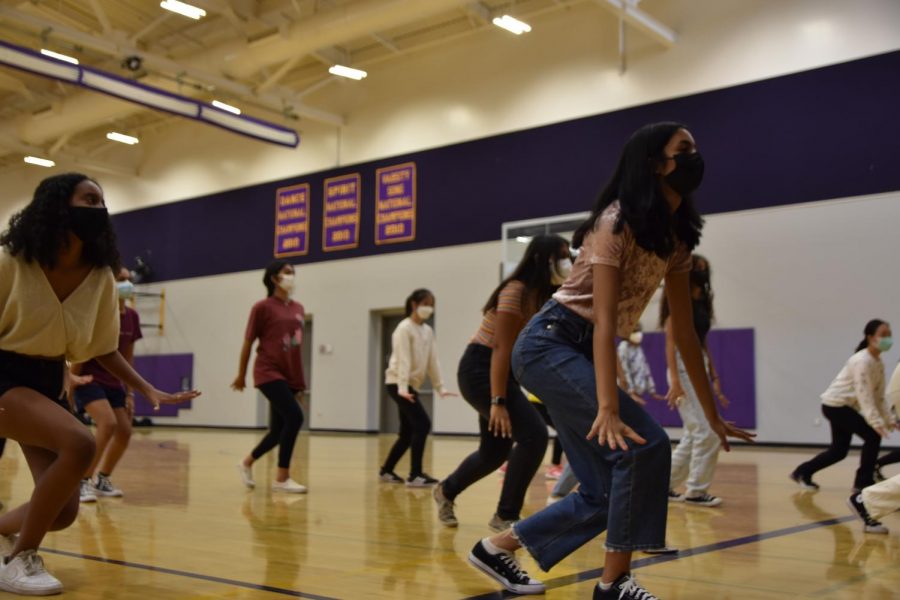 “With the California heat, we’ve had to change locations multiple times, because originally, in-school practices were going to be on the lower field,” Nadathur said. “We’ve also had to cancel a few practices because it was so unbearably hot that we couldn’t get anything done. [It’s] really a struggle to keep track of all the changing information and get it out, but we’re handling it pretty well.”

According to sophomore and Class of 2024 Social Media Manager Miriam Law, the officers have used online platforms such as Instagram to share Homecoming practice schedules and increase interest. Law says that sharing previous Homecoming performances has been key in alleviating the class’s feelings of nervousness and confusion.

“[I try to show that] ‘This could be you, you can be on that stage and performing and having fun with your friends,’” Law said. “One thing that I try to encourage, along with the other class officers, is that you don’t have to feel embarrassed in front of the other classmates — it’s really just about having fun to just enjoy the experience.”

“We didn’t have [Homecoming] last year so people are especially lost on what to do right now, but also in the way that a lot of our practices were outside [and] a couple people that we’ve asked are like, ‘No, I don’t really want to do this because of COVID,’” Jilla said. “I feel like the main reason COVID has affected us [is how] nobody knows what to do.”

In addition to COVID-19 complications, Kim describes that the gray area of being in Leadership as well as being friends with much of the class makes it difficult for other sophomores to take officers seriously. To counter this struggle, Kim and the other class officers have been using their official Instagram class account as a way to establish a more formal environment with sophomores.

“Sometimes we DM people from the [Instagram] 2024 class account, because if we go from our personal account, people are like, ‘Oh, I don’t want to,’ or ‘Oh, I shouldn’t,’” Kim said. “But if it’s from our class account, people think it’s coming from [an authority], so [they’re inclined] to do it. I think they also address us more nicely to that account than to us as class officers — it’s almost like they’re more professional.”

In the end, Kim hopes that the Class of 2024 will realize that, beyond the initial doubts and nervousness of Homecoming, the event is an opportunity to appreciate school. She believes that Homecoming will be an energizing experience that will, at the very least, bring the sophomores closer together after the isolation of remote learning.

“Hopefully they get more excited about school, and then they get more ‘Yay’ about it too, ‘cause we came back from online school and we’re still in that [unmotivated] mindset,” Kim said. “But I also hope that we can be more connected throughout the class, especially since all of our class office is girls. It’s sometimes hard to connect with boys, so if we were just connected with everyone, that would be nice.”