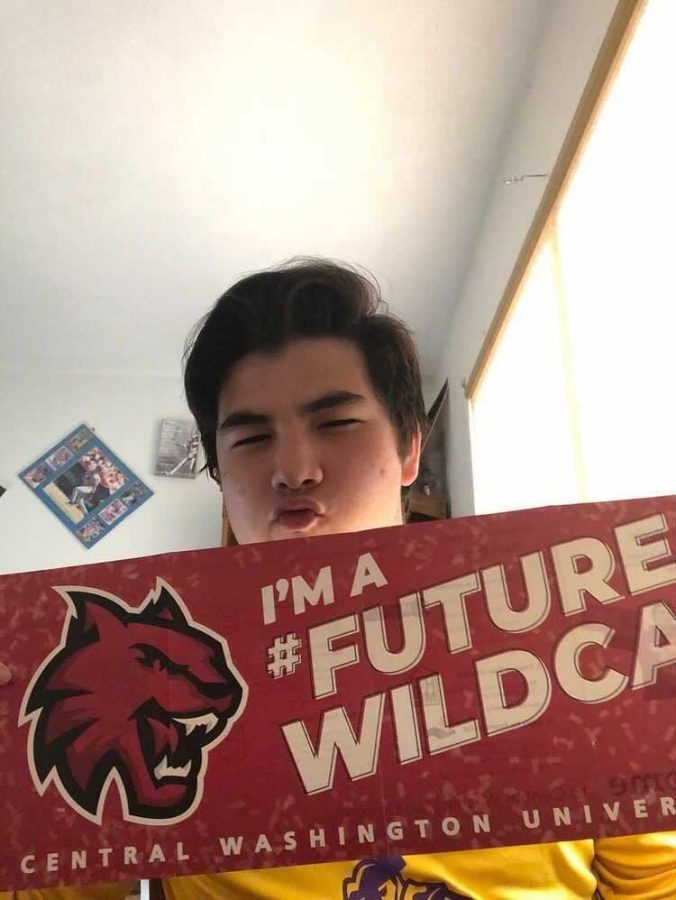 Toxicity among seniors during college admissions

Seniors discuss the pressures of sharing about college acceptances with peers

Since the start of the COVID-19 pandemic, college acceptances have had slightly different impacts on seniors than in previous years at MVHS. During in-person school, students had to deal with the pressure of discussing their college acceptances with peers, caused by one main driving factor — the competitive nature of MVHS. While it may seem somewhat minor at first, many students struggle with anxiety and fear of being rejected by classmates based on academic achievements. However, remote learning has made these confrontational situations, such as being asked in-person where they were accepted and being put on the spot, easier for MVHS seniors, like Austin Ota.

He describes discussing college acceptances as a topic he generally avoids due to him being a less competitive person compared to his peers. He also expresses that in order to avoid being questioned, he removes himself from conversations.

“People are always asking [other students about their acceptances] and they always want to put themselves on top, ahead of you,” Ota said. “I know that where I was going to end up going was going to be the right school for me. That’s kind of been my mindset through the whole process, and I didn’t feel like I wanted to be put down based on my choices.”

When Ota was initially beginning to receive acceptance letters from universities like Central Washington University, he felt the need to let others around him know that those schools weren’t his top choices in fear of his peers’ poor reactions to these schools. He adds that there is a culture at MVHS of silent judgement and  stigma around students who aren’t applying or getting into more highly acclaimed educational institutions.

“I think [that] no one [will] outwardly say [the school I applied to] sucks, but people are definitely going to think of you as less educated,” Ota said. “I don’t think I’ve ever seen anyone outwardly say that [someone else’s] school is bad, but it’s kind of just more of a vibe [I get] like you know people are judging you if you’re not going to these ‘higher quality educations.’”

Similarly, MVHS alumna Aditi Mukkara, ‘20, currently attending Case Western Reserve University, shares that many students share about each other’s acceptances, providing their opinion on what schools they should attend.

“There [are] a lot of backhanded comments [made about] people [that] would be like, ‘Oh, that’s good for her I guess, or ‘I bet that was a reach,’” Mukkara said. “That obviously hurts to hear, [and] I know that [can] get to people.”

Despite some of the discussion of other peoples’ acceptances among peers, Guidance Counselor Jessica Coscia believes that there has been some improvement regarding students being more accepting of people choosing to go different routes rather than going to a “highly selective” four year college.

“I think especially in the last year since COVID, a lot of colleges were going [into] remote [learning and] students were rethinking [going] to [a] four year school and [paying] a ton of money when classes are going to be online and [they’ll] just be at home anyway or go to community college and save all that money and transfer [later],” Coscia said. “So I think that a lot of our students are more open to community college now especially because it’s free for two years and I think that it is getting a little bit better and students are starting to be more accepting and understanding [towards different options].”

Senior Winter Bloom believes that the competitiveness of MVHS is mainly a result of the pressure many students face from their parents. She says that people have the mindset to always do the best they can, no matter the cost, which she believes can be beneficial to their academic achievements but only to a certain extent.

“In all honesty, we’re all very competitive, especially in this area, just because our parents want us to do well,” Bloom said. “Some kids are first generation Americans, [and] some kids are first generation American college students, so their parents are obviously putting a lot of pressure on their kids to go into their version of the best school possible. And so I think most of the pressure comes from the way the parents treat their kids, which is helpful to a certain extent. I like the motivation, but you’ve got to relax.”

Ota adds that not only does the pressure at MVHS stem from the collective treatment from their parents, but that it is also because of the school’s advanced environment.

“I think a lot of Silicon Valley is so education based and they focus on grades, numbers and [grade] letters rather than the social emotional well being of people,” Ota said. “We hear so much about preparing ourselves for the ‘real world’ and yet we’re so focused on things like monetary value. So I definitely think that there is a problem.”

I think a lot of Silicon Valley is so education based and they focus on grades, numbers and [grade] letters rather than the social emotional well being of people. We hear so much about preparing ourselves for the ‘real world’ and yet we’re so focused on things like monetary value. So I definitely think that there is a problem.”

According to Bloom, although the competitiveness at MVHS can motivate and drive students to work harder, the opposite can take place if it’s taken to the extremes. She shares a piece of advice as she prepares to graduate: recognize yourself as your own person and be happy for yourself.

“I feel like comparing yourself to these people who got into the school or didn’t get into the school doesn’t really do you much good,” Bloom said. “It’s better for you to take a step back, realize you’re your own person, and go from there.”

Coscia believes that after four years of experience, seniors are usually able to distinguish what works the best for them and what doesn’t so they can make the best decisions for themselves. She also adds that the more conversations we have about all the other options students can take, the more confident students will feel in their choices and that this can help shift the culture at MVHS.

“I think the conversation just has to start with us explaining to them how great of an opportunity it is to not necessarily go to a four year [university],” Coscia said. “[It’s more important to] think about what makes sense for you [and] the more that we normalize and have those conversations I think [it will help] other students be more proud and accepting and even slightly change the culture and pressure of [being accepted into popular schools].”