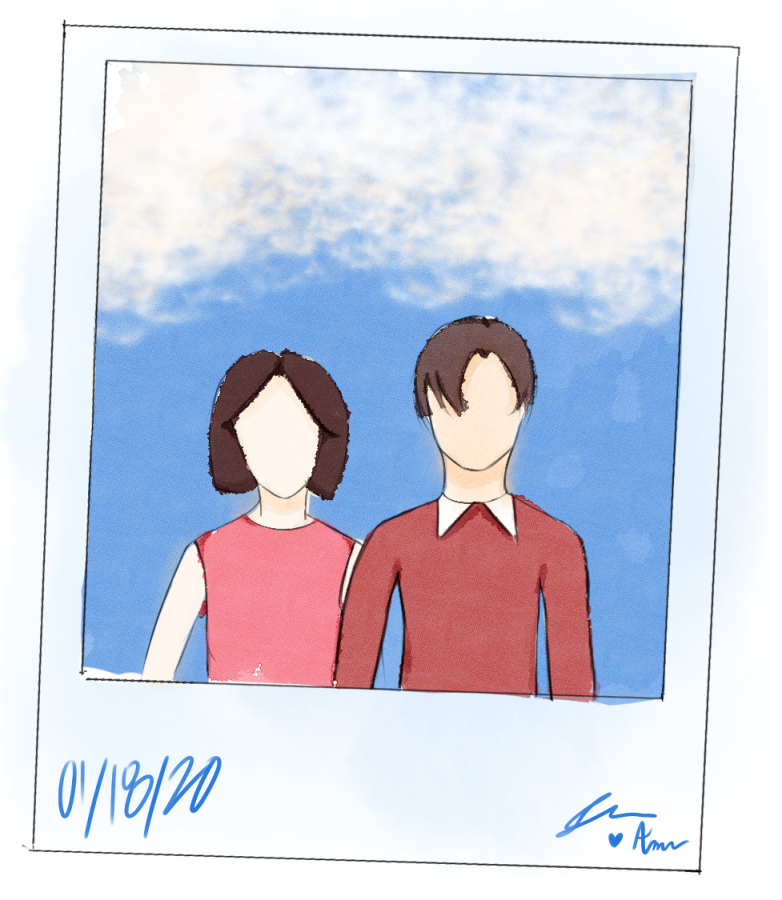 Looking back on love

Students reflect on how they were shaped by prior romantic relationships

When the online game “Among Us” gained traction at the end of 2020, senior Malia Owings found herself hopping on the bandwagon. Little did she know that playing “Among Us” would eventually result in finding a romantic partner.

During a certain game of “Among Us,” Owings hit it off with another player and exchanged contact information with them. In the days that followed, they chatted frequently and from there, things quickly evolved into a long-distance relationship.

However, while romantic relationships in high school are intended to be fun and foster connections, they come with a variety of obstacles. Junior Anika Mishra, who has previously been in two relationships, speaks about some of the challenges she dealt with.

“[I] struggled with maintaining a balance between [my partner] and [my] friends and family,” Mishra said. “Because [I] would always want to spend a lot of time with [my significant other], I neglected [other aspects of] my life.”

Similarly, Yin also struggled with the amount of time and energy he committed to his romantic life and this inability to find a working balance influenced his eventual breakups.

“[One of my breakups] partially stemmed from my attachment ー to some degree, I became a little too clingy,” Yin said. “[When] I became more invested in the relationship than the other person, [it could’ve] cause[d] them to lose interest because being clingy is a little annoying.”

Owings’ relationship was largely affected by the physical limitation of distance, since her significant other lived in Southern California. This caused difficulties with communication and a lack of authentic connection through a screen, leading to their breakup a short while after. 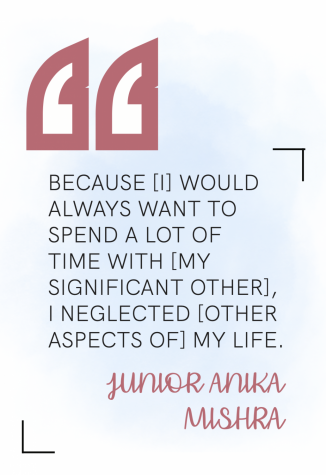 Following their breakups, the three students took different approaches to moving on. Yin, a strong believer in mending relationships, took some time to cool down before creating a friendship with his ex-partners.

“At first, it was very uncomfortable for a while ー that’s just the nature of relationships,” Yin said. “But ultimately, if you put in the effort to make things normal and not be too awkward about it, it works out.”

Owings, on the other hand, went through a recovery period where she did “stereotypical post-breakup activities” such as dyeing her hair. Additionally, she made an active efforts to be more open and share what was on her mind with those close to her.

While the students’ relationships varied from start to end, they all shared one commonality: they were able to learn more about themselves and what they wanted in the future in regards to their romantic lives, according to Yin.

For example, Mishra and Owings both realized that they needed to stand up for themselves more and have difficult conversations when necessary.

“I wish I could have been more outspoken on how I felt about some of our problems,” Mishra said. “In the future, instead of having [an issue] with something and not voicing my opinion, I want to tell [my partner] how I feel so that we can both come to a compromise.”

Yin, on the other hand, recognized the importance of prioritizing himself; he wants to carve out time for doing different things he loves, such as producing music. He believes that being in a relationship makes it harder to accomplish those goals.

Similarly, Mishra found that she depended on validation from her romantic partners, so following her breakup, she aimed to become more independent.

“I would probably tell my past self to not rely on love from a significant other as much as I used to and that it’s good to be independent,” Mishra said. “You don’t need to be in a relationship to feel happy or good about yourself.”

After reflecting on their experiences, all of the students say that rushing into a romantic relationship during high school isn’t necessary ー it’s OK to take your time.

“I’m looking to slow myself down and make sure that the person is right for me before committing,” Yin said. “There’s so many people in this world, [so I think] there’s really no reason to sit yourself down with somebody until you’re really sure that this is someone that you actually want to spend time with.”

While their previous romantic relationships posed challenges, Mishra, Owings and Yin all share the sentiment that they were glad they experienced them.

“When [a lot of people] break up, they say they regret [the relationship], [but] I think that’s the wrong attitude to have,” Yin said. “To me, the most important thing about a relationship or breakup is learning something new and growing as a person.”