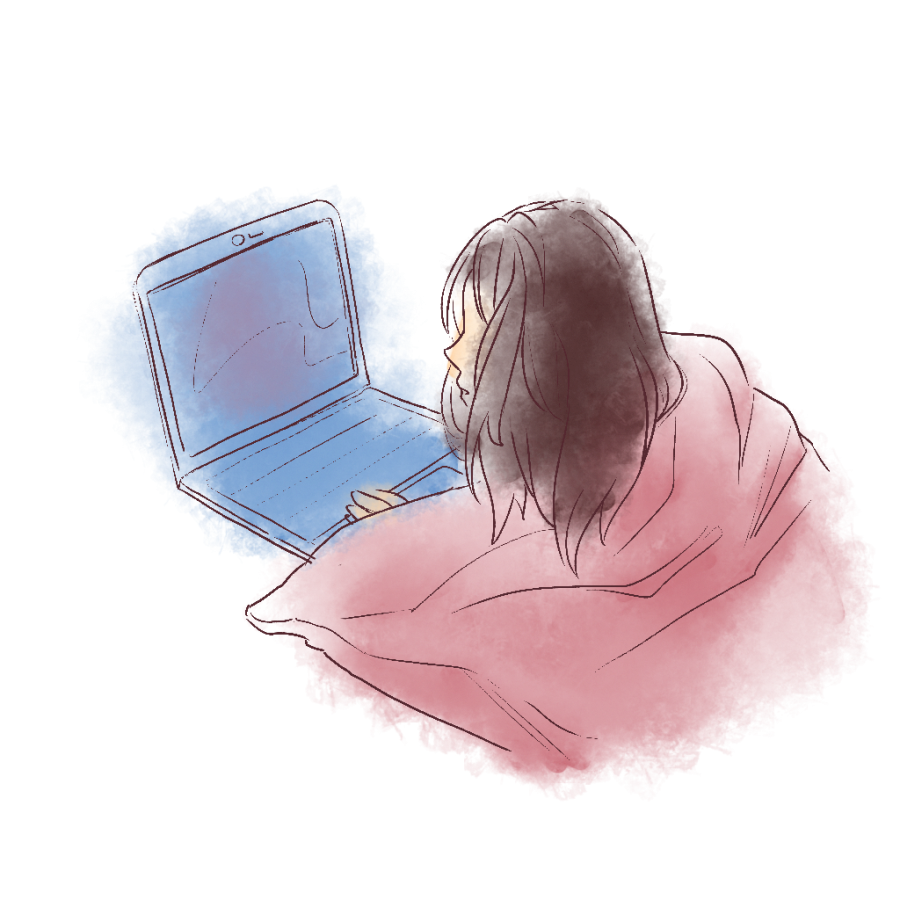 The romance behind K-dramas

Tapping through an endless stream of Instagram stories over Thanksgiving break, sophomore Julia Lu stumbled across videos and screenshots from an unfamiliar genre. Intrigued, she began watching “Crash Landing on You.” Episode by episode, one tear-jerking scene after another, she fell deeper down the rabbit hole of K-dramas.

Korean television dramas, otherwise known as K-dramas, depict slice-of-life storylines through comedy and romance, giving audiences a glimpse into the cultural and social life of South Korea. Despite the language barriers, K-drama viewers are a diverse audience from around the world — including students at MVHS. According to a survey of 197 MVHS students, 34% have watched K-dramas. Within that, 44% of people found out about them through friend referrals, 23% through other Korean entertainment, 18% through entertainment apps and 15% through the internet and social media apps. 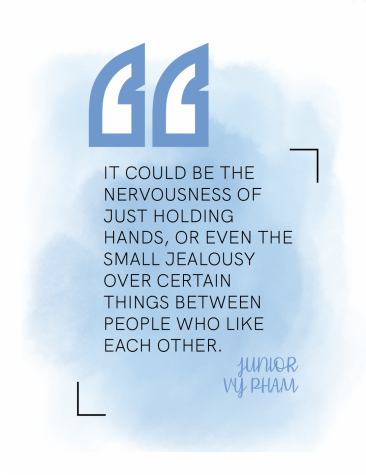 According to junior Vy Pham, one of the appeals of watching K-dramas is their engaging depiction of storylines and characters. Oftentimes, Pham observes that K-dramas encapsulate the lives of people, allowing viewers to develop an emotional attachment to these characters.

“I always find that I really like friendships in K-dramas because they always seem very fun,” Pham said. “You can see the amount of trust between people and just fun interactions. Romantic relationship-wise, there would be the relationships where they have all these smaller, subtle moments that the characters share, which builds up the chemistry that is [the] most [defining aspect] of a romance K-drama. That’s what really gets you hooked and cheering on the characters.”

According to Pham, another element that adds interest is the smaller interactions between characters in a K-drama. She believes that these little details help develop the genre’s realism.

“Sometimes [these interactions] can be over-exaggerated by using bigger events, but it’s the smaller moments between the characters which builds the chemistry,” Pham said. “That’s what’s the most realistic. It could be the nervousness of just holding hands, or even the small jealousy over certain things between people who like each other.”

In contrast, Lu feels that the romances tend to be unrealistic. She believes that the portrayal of romantic relationships are often “too perfect.”

“It’s really just being able to see different kinds of stories and seeing how different situations turn out,” Lu said. “[But] it’s not very realistic because it’s for entertainment, created for the purpose of entertaining people. A lot of situations you see usually don’t happen in real life.”

Although sophomore Angela Zhang describes the depiction of romantic relationships as “cheesy” and implausible, she also says they make her feel more hopeful about real-life romance.

To Zhang, it can be eye-opening to observe how people should view and treat others. Although at times she believes that interactions between characters can be perceived as too staged or coincidental, these moments can distinguish what morally should and should not be done in any relationship, romantic or otherwise.

“It definitely brings to light some things that would seem obvious but people often overlook,” Pham said. “Kind of like communication and trust are key. While this might seem obvious … I would tell others to just express yourself and tell people how you feel and just do the things you want before you find yourself regretting. I’ve definitely become more communicative of my feelings [because of watching K-dramas].”

Aside from romance, Zhang adds that the emotional appeal of family relationships and friendships add another dimension of realism to K-dramas. These moments can offer different perspectives about people’s actions and their consequences, which may influence viewers to make positive changes in their real-life relationships.

“When I watched ‘Hi Bye, Mama!,’ it made me more appreciative of my mom and my parents in general because it was about a mother,” Zhang said. “That one wasn’t really too romance-y — it was more about family and life. [But it] really made me reflect on my own family.” 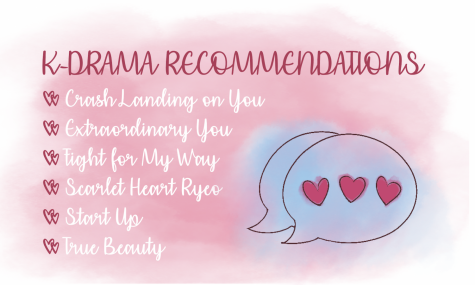 Similarly, Lu believes that beyond just entertainment, K-dramas can allow people to develop a different perspective about relationships and life.

“If you’re just bored or if you don’t have anything to do, I recommend [that you] watch some K-dramas for entertainment and to bring yourself happiness,” Lu said. “Watching them is a good way to expand your perspectives about life, especially since some K-dramas cover topics [such as South Korean culture] that, normally, you wouldn’t learn about.”