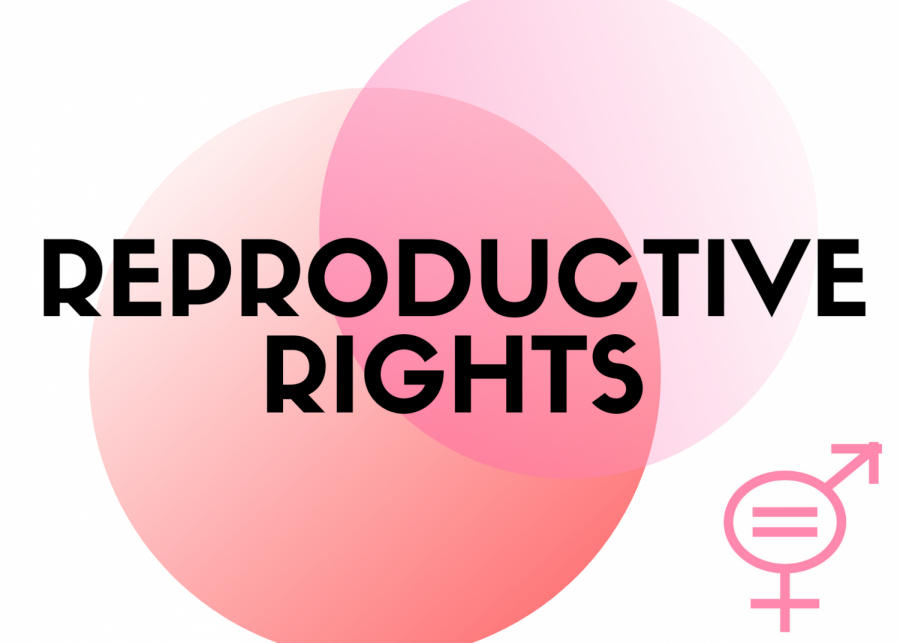 Women’s bodies are being politicized (thank you, patriarchy!).

Not only are women’s bodies a subject of societal discourse — with objectification, sexualization and scrutiny taking place at every turn — but they’ve also become talking points for political debates. The absurdity of debating whether or not women should have access to reproductive healthcare is unfathomable. Yet, it has become one of the issues at stake in the upcoming 2020 November election.

Frankly, it’s no surprise that the Trump administration seems intent on restricting, or altogether abolishing, avenues for reproductive healthcare. Their leader, President Donald Trump, has frequently demonstrated that he has little to no respect for women. From making comments such as “Grab ’em by the p*ssy. You can do anything,” to directing the State Department to strip or censor mentions of reproductive rights (including access to contraceptives and abortion) in its annual human rights report, the Trump administration seems to have an utter disregard for fundamental rights and has set a dangerous precedence of control.

Not only that, but over the last decade, there have been surges of “heartbeat bills” in conservative states, which the Washington Post states are a sign that the “idealist wing of the antiabortion movement is getting increasing attention from state lawmakers these days.” Simultaneously, there have been attempts to reinstate or issue “gag rules” that ban health professionals providing care through Title X programs (like Planned Parenthood) from informing patients about options such as abortion. The impact of these rules, according to Planned Parenthood, stretch to nearly 4 million individuals unable to access affordable reproductive healthcare. And when it comes to the attacks against reproductive rights, these examples merely scratch the surface.

Abortion and access to reproductive healthcare has seemingly always been up for debate, but a victory — perhaps the most iconic and commonly cited one — was the landmark Supreme Court decision Roe v. Wade (1973), which ruled 7-2 in favor of state abortion regulation being unconstitutional. Trump has often implied hostility towards Roe v. Wade, remarking in a 2016 presidential debate that he is pro-life and that overturning Roe v. Wade would “happen, automatically in my opinion,” implying the future installation of pro-life Supreme Court justices. And though these may have been empty words and unsubstantiated claims at the time, the future of the ruling is currently at risk, due to Trump’s newest conservative, pro-life Supreme Court apointee, Amy Coney Barrett. Trump has not explicitly stated that he expects her to overturn Roe v. Wade, but has implied such, saying “it’s certainly possible.”

As Californians, we are lucky enough to live in a state that instituted abortion rights in 1969, four years prior to Roe v. Wade, and has continued to uphold these rights both for teens and adults. If Roe fell, abortion would remain accessible and legal in California, yet this is not the case in most parts of the country.  Abortion and all other forms of reproductive healthcare are rights, but in America, these rights have transformed into privileges that are under perpetual scrutiny and debate.

Not only is Roe v. Wade under attack, but so are more insidious restrictive measures, such as Trump’s attempt to restrict the accessibility to drugs such as mifepristone and misoprostol, which non-surgically induce abortions up to 10 weeks into pregnancy. Not only is this overtly controlling, but in the midst of a pandemic caused by an airborne virus, it’s also just cruel. Cruel that women can’t access necessary healthcare and instead have to leave their homes, increasing susceptibility to COVID-19, and turn to unnecessary, invasive surgical procedures.

And perhaps it is even more shocking that these drugs have been subject to politicization even before Trump’s attacks. According to research conducted by a peer-reviewed medical journal, studies have proven that misoprostol alone is 70% effective at inducing miscarriage, while misoprostol and mifepristone in combination are 97% effective. Despite both drugs being FDA-approved, mifepristone is far less accessible — according to abortion-rights advocates, it has been politicized to the extent where since it is classified as an abortion drug, there is an REMS in place, meaning it is unavailable at commercial pharmacies. In contrast, misoprostol is more easily accesible because it isn’t classified solely as an abortion drug (it’s an ulcer drug as well), signalling, once again, that our society does not seem to grasp the fundamental understanding that abortion is healthcare. 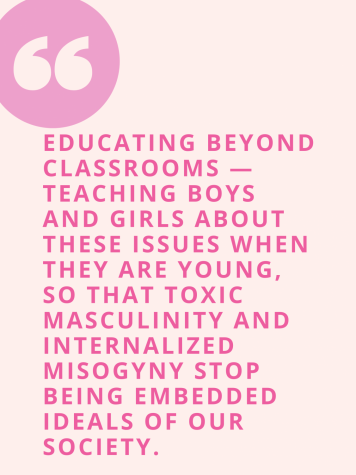 Although Democratic Presidential nominee Joe Biden has not said anything specific about medication abortion, his words do seem to reflect the belief that abortion is “an essential health service.” Biden has had a mixed record pertaining to abortion rights, but currently, he says he wants to uphold Roe v. Wade, and has reversed his stance on the Hyde Amendment, a 1976 law stating federal funding will not go towards abortions unless the circumstances are extraordinary. Contrary to his prior stance, Biden now wants to repeal it.

And this act of reversing stances implies that change is viable. Even when patriarchal ideals seem to influence the mindsets and actions of our politicians and our society as a whole, change is both necessary and possible.

Because misogyny doesn’t just manifest in political arenas or in courtrooms where an overwhelming white men-majority creates legislation about women’s bodies — it’s rampant right here on the MVHS campus. It’s when some boys call Kamala Harris emotional and manipulative when asked to discuss the Vice Presidential debate in government classes. It’s when some boys condescendingly offer help to girls in high-level STEM classes, an implicit reminder that they think physics, math and computer science are reserved for them, that women aren’t intelligent enough to step into those fields. It’s when some boys talk over and interrupt girls during class discussions and breakout rooms, a perpetual reminder that their self-supremacy complex dictates that their voices are more important, that they should be allowed to drown out the ones of girls.

Subverting the patriarchy is not simple, nor is it a solo task or something that can be implemented quickly. Yet, a starting point is simple — education. Educating within classrooms and calling out both overt and covert forms of misogyny. Educating beyond classrooms — teaching boys and girls about these issues when they are young, so that toxic masculinity and internalized misogyny stop being embedded ideals of our society. And educating constantly, so that we stay informed about issues, fight for rights and evade misconceptions for decades to come.

In the context of politics, for instance, it is understanding that Planned Parenthood, unlike the oversimplified misconception that many have, is not just an abortion provider. In fact, it is a provider for affordable, basic healthcare; nearly 75% of its customers fall at or below the federal poverty level, and their services range from HIV tests to breast exams. As such, the Trump-Pence administration’s frequent attempts to defund this organization is, frankly, horrific. Contrary to the misconstrued notions that many have about Planned Parenthood, according to its 2019 report, only 345,672 of their 9.8 million services provided were abortions.

Beyond just politics, we need to understand that autonomy of a woman’s body is not up for debate — despite the politicized pro-life and pro-choice labels that the hyperpartisan culture of America has fostered.

Because maybe it’s simpler than that. Maybe it should just be pro-letting women have the reproductive and fundamental rights they deserve.