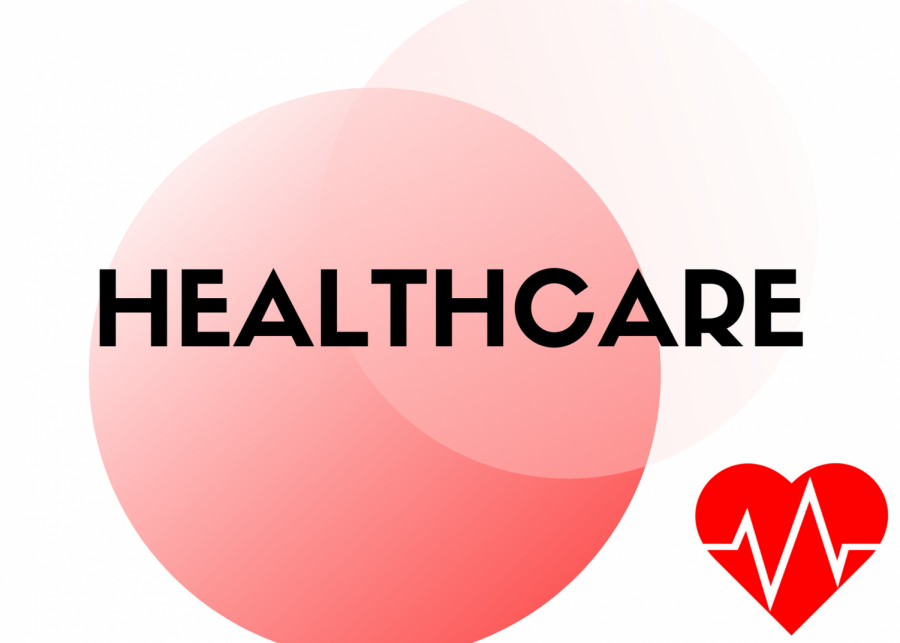 Healthcare issues at stake in the 2020 election

The upcoming 2020 presidential election has many vital issues at stake, one of the most important being healthcare. Health insurance is broken, expensive prescription drugs mean Americans are skipping doses of the medicine they need and the COVID-19 pandemic has devastated the country. Both candidates acknowledge that change is necessary, and many voters believe it is the most important election issue.

Americans have a lower life expectancy, a higher obesity rate, the highest suicide rate, the most chronic diseases, the highest number of hospitalizations from preventable causes and the highest rate of avoidable deaths while paying twice as much, in comparison to citizens from similarly developed countries, according to The Commonwealth Fund. In December 2019, a Gallup poll found that a third of U.S. adults say their family couldn’t afford proper healthcare in the past year. One in four families said that one of their family members had to put off treatment for a severe medical condition in the past year because of the cost. Americans cannot afford private health insurance in this country, especially people of color or those with lower incomes. Even those with employer-provided health insurance have seen a 50% increase in out-of-pocket spending since 2010.

Democratic presidential nominee Joe Biden states on his website his support for “a new, more affordable option,” which means millions of Americans will still be on private insurance. This would have little effect and fail to lessen the current system’s inefficiency and high administrative costs. Biden has repeatedly said he is not for Medicare-for-all, which would give all Americans health insurance, even though it has been found that it would save around 68,000 lives a year while also reducing U.S. health care spending by approximately 13% annually. Most developed countries have universal free single-payer systems and, as mentioned before, have a healthier populace, and both governments and individuals pay less.

In the first presidential debate, after President Donald Trump explained his “plan” for healthcare, Biden responded with, “He has no plan for healthcare … The fact is this man has no idea what he’s talking about.” The truth is, Trump does have a plan, but has no explanation of how it would be funded or even implemented. In 2016, Trump tweeted, “We will immediately repeal and replace ObamaCare — and nobody can do that like me. We will save $’s and have much better healthcare!” There has been no better healthcare, and costs have gone up during his first term in office.

With two plans that both allow the greed of private health insurance companies to continue, it seems Americans, who a majority support ending private insurance, will still receive insurance from companies who prioritize profit over people after the election, no matter the result.

Another huge issue is the rising drug prices, which have increased by 33% since 2014. The cost of insulin doubled between 2012 and 2016, and thousands of Americans cannot afford the medicine prescribed to them by medical professionals. A survey by researchers at the National Center for Health Statistics found that about 8% of Americans do not take their prescribed medication because they can’t afford it. One in four adults say it is difficult to afford their prescription drugs, and both candidates have expressed support for lowering drug prices.

Trump said, “Since the day I took office, I have made reducing drug prices one of my highest priorities,” in a July 2020 White House statement. Trump also shares that he has signed four executive orders to massively lower prescription drug costs and increase Americans’ access to life-saving medications. However, Trump’s plans have faced many setbacks, and he wants four more years to solve this issue.

Drug prices continue to rise; Americans spend $1,200, the most in the world on prescription drugs, annually. OECD estimates that the U.S. spent about 47% more per capita on prescription drugs than Canada did in 2018 and 160% more than the U.K. Both candidates have made reducing drug prices a key issue and largely agree that something needs to be done. But which candidate can actually meet their targets? 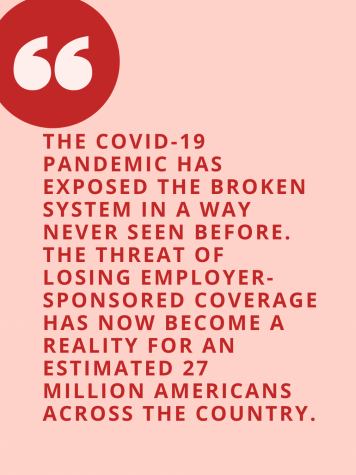 The COVID-19 pandemic has exposed the broken system in a way never seen before. The threat of losing employer-sponsored coverage has now become a reality for an estimated 27 million Americans across the country. Mass unemployment would also mean that millions of Americans lack the health insurance they need to stay healthy amid the pandemic. The U.S. needs a vigilant leader to respond to this massive crisis — both Biden and Trump think they are fit for this responsibility.

Trump has downplayed the pandemic, even mocking Biden for his face mask-wearing during the first presidential debate. A few days later, however, it was revealed that Trump had tested positive for COVID-19, highlighting his irresponsibility and carelessness. Trump’s plan on COVID-19 is dependent on how fast the vaccine can be produced and distributed, which he believes will happen very soon. Trump repeatedly claims that his administration did the best possible, something Biden very much disagrees with.

Biden’s plan hopes to make testing widely available and free, provide guaranteed emergency paid sick leave and work with businesses to expand personal protective equipment, including masks and gloves. He wants to mobilize at least 100,000 contact tracers to track and slow spread and has compared his response to COVID-19 as similar to FDR’s New Deal.

COVID-19 has devastated the country, and deaths continue to rise as election day looms near. Trump insists he did the best he could, and Biden believes he can do better. With COVID-19 still growing, many Americans feel as if it will never end — which of the two candidates can best ensure that the pandemic stops as safely and quickly as possible?

The impact of America’s choice of the next president on healthcare cannot be understated. Americans are being ripped off for their health insurance, prescription drugs people need in order to stay alive are becoming unaffordable, and in the midst of a pandemic, millions of Americans have lost their jobs, healthcare and loved ones. This election can have lasting effects on future generations. Your voice matters — make sure it is heard.