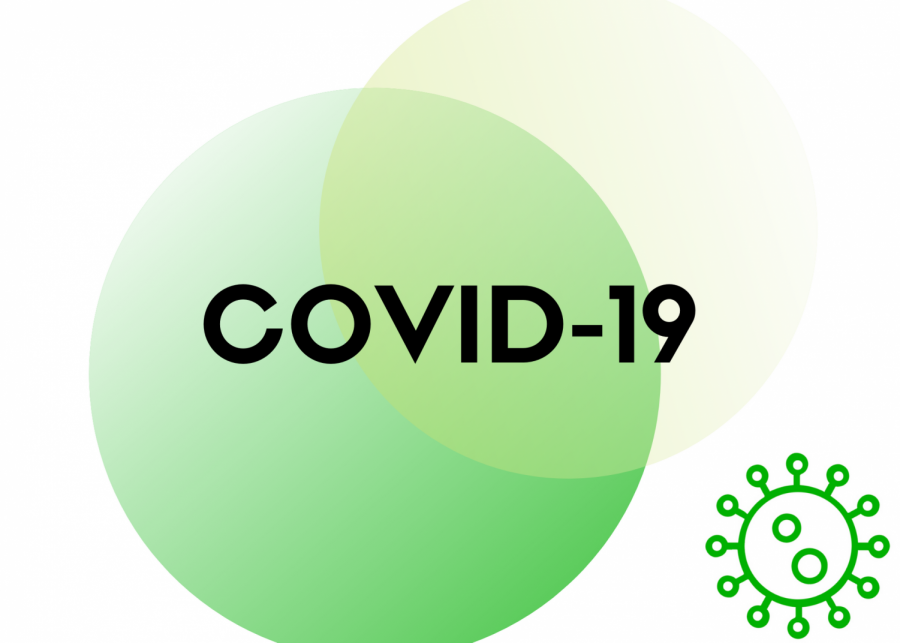 President Donald Trump and former Vice President and current Democratic presidential nominee Joe Biden have both outlined their plans for battling COVID-19. While both have the same overarching goal of decreasing susceptibility to the virus, these plans demonstrate different approaches.

Specific to Trump, he has been widely criticized for the way he has handled the COVID-19 pandemic earlier this year. Although he managed to speed up testing during April and onwards, the distribution of testing and the necessary equipment for protection against the virus was responded to in a late manner, especially since there had been news of the virus as early as January.

Additionally, he downplayed the threats of COVID-19 multiple times, and continues to do so. When asked about the virus during the first reports of it, he responded by saying, “No. Not at all. And — we’re ‚— we have it totally under control. It’s one person coming in from China, and we have it under control. It’s — going to be just fine.”

Along with that, Trump has also been accused of giving out false and misconstrued evidence regarding the virus. In late March, he encouraged the public to use the drug hydroxychloroquine in order to treat COVID-19 symptoms, despite recommended guidelines advising that people avoid these substances because they have been proved ineffective and could be more harmful to the patient than beneficial. He has also contradicted health experts multiple times, stating that masks are voluntary, and he has repeatedly questioned the necessity of wearing masks even though guidelines, strongly recommended by trustworthy organizations such as the Centers for Disease Control and Prevention (CDC) and World Health Organization (WHO), advise wearing them for the safety of one’s self and the people around them.

Another example of Trump’s mishandling of the virus is his constant pushing for the reopening of schools. His statements not only contradict experts, but also the White Houses’ own guidelines regarding the virus. His reasoning for returning schools back to normal was that children are “almost immune” to it, yet there has been no such evidence of the validity of his claim.

Biden, on the other hand, has constantly encouraged everyone to continue wearing masks, following the recommendations of health experts and scientists. Not only does he recommend masks to the public, but part of his plan for COVID-19 is to implement rules ensuring that Americans consistently wear their masks, by having state governors mandate it and local authorities enforce it. Although some conservative states may disagree with forcing citizens to wear masks, it should still be implemented in all the states to ensure safety for everyone, and is highly recommended by health experts. Another part of his plan includes making sure the distribution of essential materials, like masks and vaccines, are managed properly, and he intends to put forward 25 billion dollars into making and distributing vaccines.

Although Trump has yet to release the full plan for action in response to the virus for his second term, the White House has guaranteed that at least 300 million doses of the vaccine by early 2021 would be distributed. As of now, the Trump administration has spent about 3.4 trillion dollars in assisting various businesses and other institutions. Trump’s late response also consisted of signing the Defense Production Act, an order that would help distribute essential materials while fighting the virus.

Shortly after lockdown, he tweeted out, “I only signed the Defense Production Act to combat the Chinese Virus should we need to invoke it in a worst case scenario in the future. Hopefully there will be no need, but we are all in this TOGETHER!”

In contrast to Trump’s usage of the Defense Production Act, Biden promises to take complete charge over this act, while Trump did not use it to the full extent possible to manage the necessary supplies for the virus. He says that he will also provide aid to schools and other centers that need extra priority while also further allocating items of protection, including face shields and masks. In addition, Biden plans to ensure free and reliable testing for all Americans through methods such as doubling the number of test sites. Since the virus has mainly targeted the eldery, Biden will be creating a separate task force for them.

Biden also plans to reach back out to the WHO, which Trump pulled out of during July and accused them of being under the influence of China during the pandemic. As well as guaranteeing free vaccines for all Americans, Biden plans to form the COVID-19 Racial and Ethnic Disparities Task Force in order to help the communities in the U.S. that have been disproportionately impacted by COVID-19.

Similarly, Senator and Democratic Vice Presidential candidate Kamala Harris believes that there is an urgent need to discuss the racial disparities in the healthcare system that is causing a disadvantage for people of color who have higher infection and death rates. 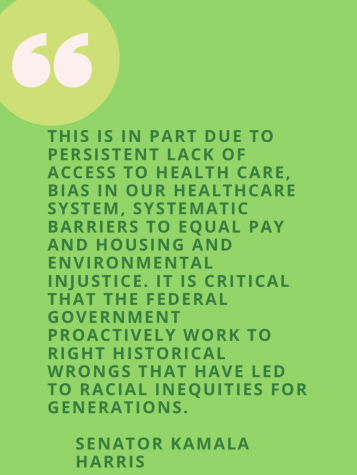 “This is in part due to persistent lack of access to health care, bias in our healthcare system, systematic barriers to equal pay and housing and environmental injustice,” said Senator Harris. “It is critical that the federal government proactively work to right historical wrongs that have led to racial inequities for generations.

Regardless of Trump or Biden’s approach to the handling COVID-19, both candidates agree on some main positions, such as making sure that when the vaccine is ready, the government is responsible for financially supporting Americans, meaning that the vaccine will be free and accessible to everyone.

Until a vaccine is procured, however, it is our job to continue fighting against this pandemic. We need to recognize the importance of the election and the ways in which it will determine how the COVID-19 crisis plays out. Therefore, voting and making an effort to participate in the election in other ways is of importance. Many people around the world don’t have the same opportunities and freedoms as we do, so it is vital that we are able to use our rights and, for some, privileges to the fullest extent to create a better future for our country.