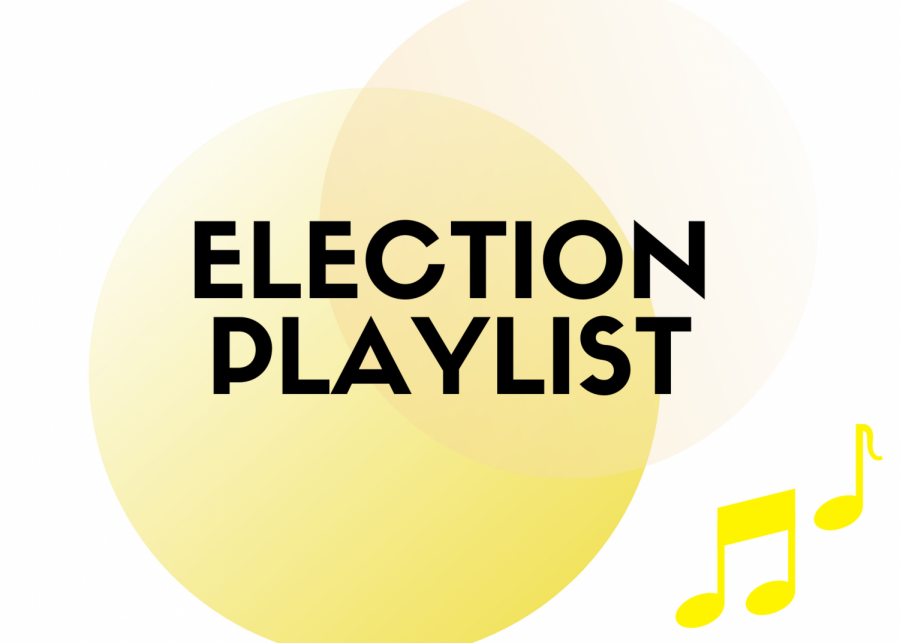 9 songs to listen to while waiting for election results

“Complicated” by Avril Lavigne
The 2020 election is nothing less than complicated. We knew COVID-19 would throw us a curveball with mail-in voting and a long wait for results. However, who knew we’d also have to deal with fake ballot boxes and website crashes in Virginia, Florida and Pennsylvania.

While P!nk has not yet questioned Trump in a song, P!nk previously called out George W. Bush on pertinent topics, including homelessness, LGTBQ rights and more in “Dear Mr. President.” In February, Cher took it to social media to ask P!nk to update the lyrics to represent today’s political climate.

In 2017, Platten spoke up about her song being played at President Donald Trump’s inaugural balls. In her tweets, she said, “While I respect the office of the President and the peaceful transfer of power, I want to make clear that at no point did the Piano Guys ask for permission, nor did I or anyone on my team know of, approve or endorse their decision to play Fight Song tonight.” When explaining her reaction to the situation, she also said, “I was a little scared at first just because I knew the song meant a lot to a lot of people—and politics, no matter how important, divide us. I was a little frightened about that. But I’m proud of how it’s been used. I don’t have any regrets about it.”

“Stressed Out” by Twenty One Pilots

A recent survey from the American Psychological Association and Harris Poll found that 68% of American adults say that the upcoming election is a significant source of stress in their life —  maybe all the uncertainty has caused the phenomenon of Election Stress Disorder. According to Dr. Steven Stosny, a Washington D.C.-based therapist, “Election Stress Disorder is far worse […]  against the backdrop of the pandemic, future job uncertainty, social justice confrontations, the unprecedented vitriol and downright hatred from the candidates and their supporters, and the ubiquity of social media.”

With that being said, the following lyric has probably frequented all of our minds: “How am I gonna be an optimist about this?” Whether you’re feeling optimistic, cynical or in the middle about the upcoming election, here are a few tips to alleviate stress.

Like Platten, Williams has voiced previous concerns about his song being played at a Trump event. “On the day of the mass murder of 11 human beings at the hands of a deranged ‘nationalist,’ you played his song ‘Happy’ to a crowd at a political event in Indiana,” Williams’ attorney wrote. “There was nothing ‘happy’ about the tragedy inflicted upon our country on Saturday, and no permission was granted for your use of this song for this purpose.” As of right now, all we can do is hope that we can relate to the lyrics after election results are released.

“Where Is The Love?” By The Black Eyed Peas

On Oct 20., former First Lady Michelle Obama tweeted, “If you believe that America deserves better, vote for Joe and Kamala like your life depends on it. But don’t stop there — get everyone you know to vote for them, too,” and linked the following video, an updated version of “Where is the Love?” by the Black Eyed Peas. The video also contains clips of Biden’s acceptance speech at the Democratic National Convention. Judging by the state of America today, the title of the song seems especially potent right now — where is the love?

“my future” by Billie Eilish

According to the New York Times, fewer than half of Americans 18 to 29 voted in the 2016 presidential election. We must remember that our futures are at stake. Therefore, if possible, register to vote and do so, whether that’s now or on Election Day.

“The Final Countdown” by Europe

With only a few days left, we have made it to the final countdown. Now, we wait.