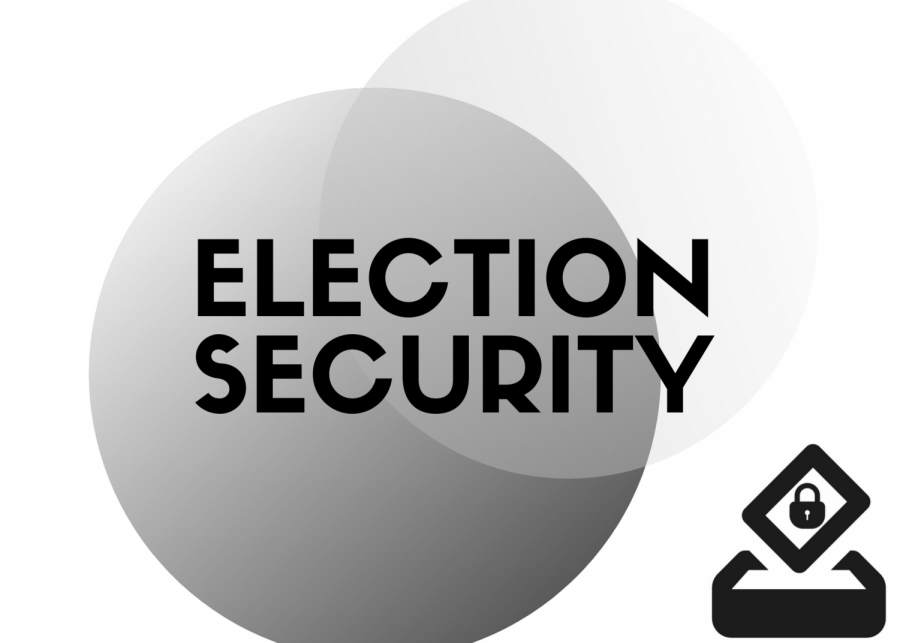 There has been an increased number of mail-in ballots being sent as a result of the COVID-19 pandemic, and subsequently, a rise of election security concerns. President Donald Trump has repeatedly expressed his distrust when it comes to integrity of the U.S elections this year, saying, “There is going to be fraud like you’ve never seen,” during the first presidential debate. He has continued to cast doubt upon the voting process and has spread misinformation about the system, and by exaggerating the dangers of voter fraud, is encouraging voter suppression. But, in reality, many of Trump’s statements have been inaccurate.

While it is true that mail-in voting provides an opportunity for voter fraud, the chances of it happening are rare in the U.S., as mail-in voting has already proven to be secure. California, Colorado, Oregon, Utah, Hawaii and Washington were already holding mail-in elections before the pandemic, and election officials in those states reported no evidence of widespread fraud, arguing that their systems are secure since they allow for a concrete paper trail and several layers of verifications on each ballot.

Trump also claimed that states with Democratic governors would let people mail-in their ballots after Election day, which is also false given that all states have strict deadlines for submitting ballots prior to Election Day. In the days following Election Day, if ballots are postmarked or sent in by Nov. 3, states will continue to count them. 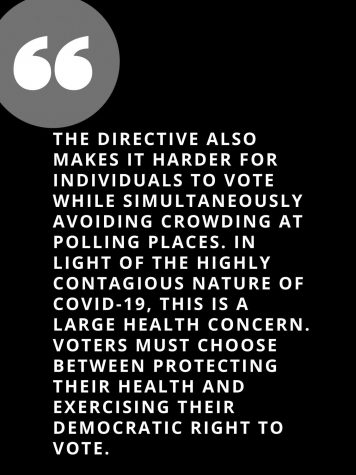 In contrast to Trump’s claims, former Vice President Joe Biden has explicitly backed mail-in ballots and criticized Trump for misinforming the public about the threat of voter fraud. Biden has also attacked the Trump Administration’s efforts to deny funding to USPS, saying, “He’s already trying to undermine the election with false claims of voter fraud and threatening to block essential COVID assistance if any extra funds go to the U.S. Postal Service. What in God’s name was that about, other than trying to let the word out that he’s going to do all that he can to make it very hard for people to vote.”

It is becoming clear that the Trump administration is heavily looking into the mostly nonexistent problem of voter fraud. And the president is using the threat of voter fraud as a justification to intervene in the democratic process of re-election and suppress the votes of American citizens. Trump has also suggested that because he distrusts the election process, he will not agree to a peaceful transition of power.

Recently, Republican Texas Gov. Greg Abbot ordered multiple closings of drop-off locations for mail-in ballots across the state, causing fear that President Donald Trump and his Republican allies are trying to suppress the vote in an election in which he is trailing. Abbott limited drop-off points for mail-in ballots to one site per county, and the move appears very political since it  penalizes several Democratic areas. The directive also makes it harder for individuals to vote while simultaneously avoiding crowding at polling places. In light of the highly contagious nature of COVID-19, this is a large health concern. Voters must choose between protecting their health and exercising their democratic right to vote.

In addition, another pressing concern is the amount of mail-in ballots that could be rejected this year due to simple mistakes on the ballot. In the 2016 presidential election, 318,728 mail-in ballots were rejected, mostly because of signature issues and late submissions, and with many more voters voting by mail due to the pandemic, the probability of rejections has the potential to  increase.

Since many ballots could be rejected this November due to mistakes like missing or incorrect signatures, it is important to make sure we fill out our ballot correctly. To help combat this issue, many voter advocacy groups and political parties are offering to help voters make sure they filled out their ballots correctly so that they can be counted. Additionally, with the large amount of mail-in ballots expected this November, some states this year have put in place new systems to notify voters to correct potential issues with their ballot. Many advocacy groups are also pushing people to vote earlier rather than later, to avoid circumstances where their vote won’t be counted.

It is important for voters to vote for a candidate who will not suppress their right to vote as Americans. Suppressing voters and threatening the legal and peaceful transition of power is undemocratic, and in this upcoming election, it is critical that we do the opposite — vote, and embrace democracy.