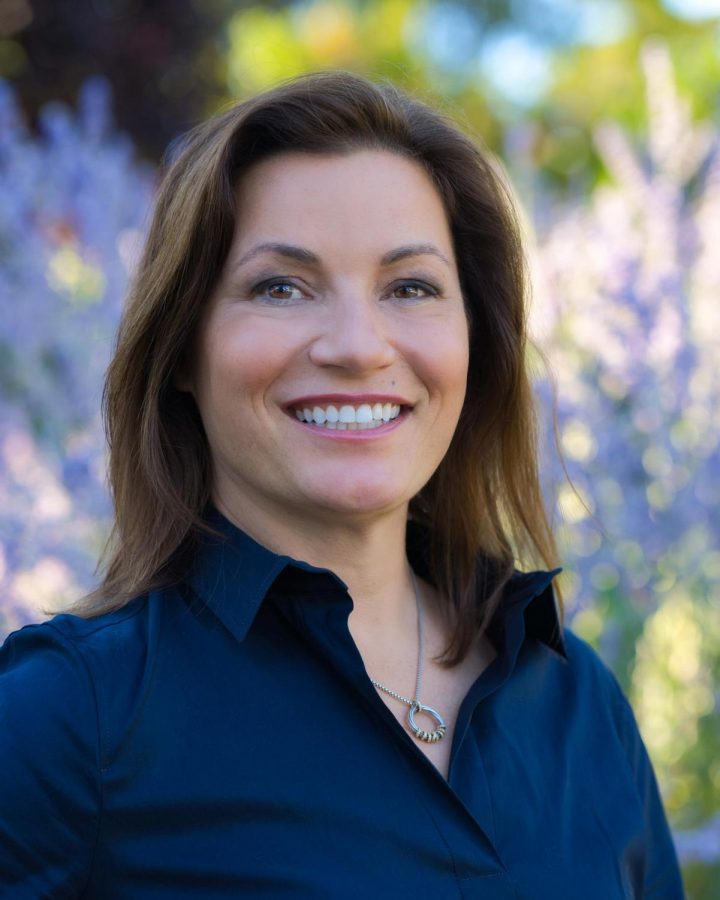 Having lived in Cupertino for 25 years, Catherine (Kitty) Moore became an active member in the community since her children began attending kindergarten in the CUSD district. As Chair of the Cupertino Planning Commission, Chair of the Cupertino Environmental Review Committee and a trained civil engineer, Moore’s primary campaign focuses include housing, transportation, fiscal soundness, schools and environmental protection.

Lehigh Cement, a cement plant located in Cupertino, has a reclamation plan that Moore believes will make significant negative changes in Cupertino environmentally and in the safety of Cupertino roads.

The reclamation plan calls for the filling of a pit, which is estimated to take 30 years to complete. This means that an additional 600 truck trips per day will be added to the existing 1100 trucks that take Foothill Expressway as part of their daily commutes.

Moore is also concerned about the significant increase in long-term truck traffic and its environmental effects, such as dust and vapor emissions, on Cupertino, Los Altos, Rancho San Antonio Preserve and the Mid-Peninsula.

“The City should look into what they’re planning and make sure that the residents are protected because the City has the police power to protect the health, safety and welfare of the residents,” Moore said.

Moore is also concerned about the traffic on Interstate 280. To combat the fact that Interstate 280 is the most heavily trafficked highway in the Bay Area, Moore proposes implementing a system similar to the Silver Line transit line in Washington D.C. An underground subway line like the Silver Line gets people out of their cars and allows them to use public transportation throughout Silicon Valley. Not only would this decrease traffic, but also reduce the carbon emissions Cupertino produces.

Another way Moore hopes to decrease carbon emissions is by encouraging the use of electric vehicles and increasing the number of charging stations to allow for the increase. Furthermore, Moore wants all the buildings in Cupertino to do their part in reducing their carbon footprint.

“I suggested that we have a roof policy for Cupertino, which would encourage white painted roofs, green roofs with vegetation or [roofs with] solar [panels],” Moore said. “If the City would be able to retrofit their own structures to have solar [panels and] have some kind of policy to do that, I think [it] would be particularly beneficial [and] increase energy efficiency.”

The environmental issue spreads even further when it comes to the issue of parkland equity. Parkland has become increasingly more valuable since the Covid 19 pandemic, and Moore wants to make sure that both people on the east and west sides of Cupertino have a sufficient amount of parkland to go out and exercise at.

One of the challenges that Cupertino faces is being downwind of five refineries, the Port of Oakland and having three nearby airports. As a result of having many external factors determine the air quality of Cupertino, Moore wants to make sure that the city is internally doing everything they can to improve the air quality.

Being that Moore is the Chair of the Environmental Review Committee (ERC), she has advocated to expand the role of the committee to allow them to have access to environmental impact records from different projects outside of the city, which would impact Cupertino.

“If we want to look at [other cities’ environmental impact records], we would have to change the ordinance for what our duties and powers are,” Moore said. “That is something that I would like to see done because the people on the ERC are people who are interested in the environment so we really want to dig into these kinds of documents.”