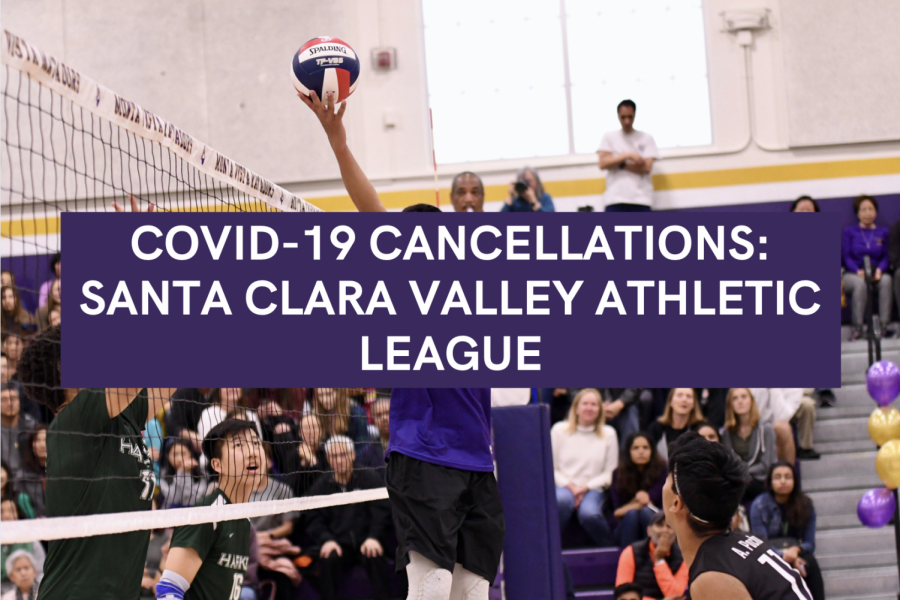 On Thursday, March 12, Fremont Union High School District (FUHSD) Coordinator of Communications, Rachel Zlotziver, explained in an email that all athletic games and competitions would be postponed until further notice. This was one day prior to Zlotziver’s email informing families that all schools in the FUHSD had been closed and were transferring to remote learning.

Senior William Liou was at a volleyball tournament before the announcement. At the tournament, the coordinator stopped the rally in session and asked the audience, including the players’ families, to leave.

“We were all looking at each other [and wondering], ‘Is this because of COVID-19?’” Liou said. “I remember talking to one of my teammates and I said, ‘If they are actually kicking out all of the spectators, that’s going to be a bit crazy.’ And then all the spectators had to leave.”

MVHS athletic director Nick Bonacorsi states that the directive came from the county and the state, which is beyond MVHS athletics’ jurisdiction. He understands the reasoning and justification beyond the decision, but is worried about the effect it will have on MVHS athletes and specifically the seniors.

“I cannot help but feel devastated for the senior class of 2020 that loses out on an opportunity to compete for their team,” Bonacorsi said. “Our athletes [worked] so hard in the preseason and to lose out on that opportunity is quite sad. For many senior athletes, they will never play their team sport again, so it definitely feels like there is a lack of closure on the year.”

According to Liou, experiencing this cancellation in his senior year was especially heartbreaking. The varsity volleyball team expected a 300-win season, and to make it to the Central Coast Section (CCS), which was even more frustrating to seniors, according to Liou.

“For me, [the announcement] was crushing,” Liou said. “You work so hard from middle school or whenever you started … and to not be there to make your last stand is really unfortunate.”

Instead of focusing on just the wins and losses, Bonacorsi explains the impact of missing team connection and bonding opportunities that occur late in the senior year for sports teams.

What athletes often find out after graduation is that they quickly forget their team records, they forget their wins and their losses, but they never forget their teammates and the relationships they made while competing. Even though they have lost their competitive season, they still have each other and that bond is strong”

The end of many sports seasons are marked by the multitude of senior nights, which are now canceled along with the sports season, and on-campus schooling. Liou stated that there may be an online celebration, and he explained the significance of them.

“As a freshman, when you first see senior nights, and you see how much the other players on the team do for seniors, you see how much of a family it is.” Liou said. “There are only feelings of excitement, and I’ve been looking forward to it.”

Sophomore Sotiris Kougirios also recognizes the dramatic effect on seniors and compares it to his experience as a sophomore athlete.

“This whole year just starts to feel kind of empty in a way.” Kougirios said. “It feels like I’m missing out on a lot, but I can’t complain since I’m a sophomore. I feel really bad for the seniors since … I get two more chances, [but] this is their last year.”

Bonacorsi explains how, despite the frustration, athletes remain engaged and motivated to interact with teams. Some teams continue to do daily workouts over video calls, and the school district has agreed to provide PE credit to students who document their exercise.

“I have chatted with a couple of athletes who seem to be taking this all remarkably well,” Bonacorsi said. “I am proud of their strength and resilience during these strange and troubled times. It is amazing that some teams are still meeting and working out through Zoom.”

While the sports season has been canceled, ultimately, Kougirios remembers why he participated in track in the first place.

“It’s hard to really stay motivated now because there’s nothing that I’m really working for at this point,” Kougirios said. “[However] I keep thinking that I need to stay positive. I’m not just doing this for the races or the meets. I’m doing this for myself.”