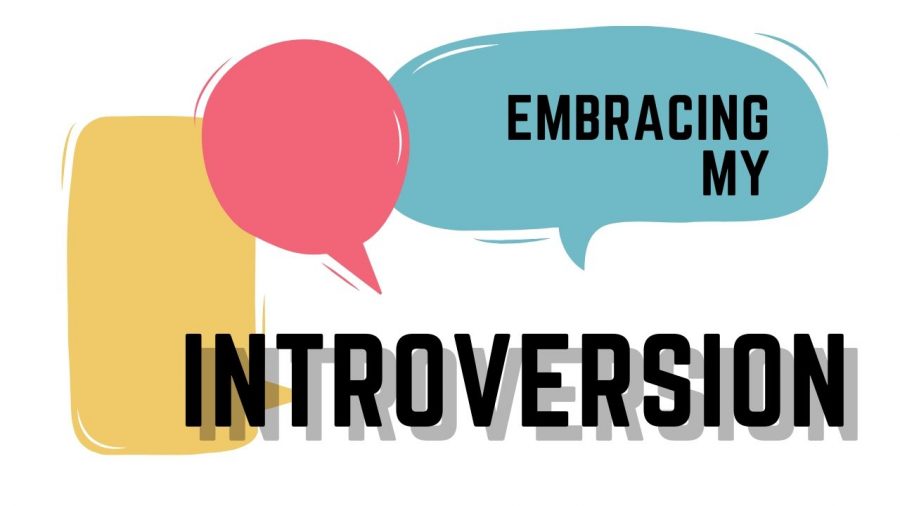 Growing out of resenting being an introvert

And that’s the summary of almost every single parent-teacher conference I had as a child. At the time, and even now sometimes, I remember feeling infuriated. I couldn’t articulate it at the time, but I was angry because I didn’t understand why my introversion was being treated as a flaw. But of course, being labeled “the quiet girl” meant that the thought of saying anything in protest didn’t even cross my mind. I was angry about the emphasis talking seemed to have, and I was angry about my inability to counter this because without speaking up, I only reaffirmed what everyone seemed to be telling me: that talking was important, and that without speaking up, I would be left behind.

Throughout my life, I’ve resented being an introvert. It just didn’t seem fair, and it seemed to permeate every aspect of my life. Raising my hand in class? The thought was terrifying, and the people that did do it came off as so much smarter and confident than me. Asking if I’m okay because I don’t have a bright smile plastered on my face all the time and like to keep to myself? I’m an expert recipient of that. And getting home after school and wanting to lay in bed for three hours because of the exhaustion from the day’s social interactions? An everyday occurrence.

Perhaps what made me the most upset were my literature classes — every year, I would want so badly to raise my hand in my favorite class, to share my ideas. But every year, I would hold back. So not only did society make me resent being an introvert, but, well, so did I. My resentment of my introversion eventually reached a point where it intertwined with imposter syndrome and some levels of self-loathing. I forgot that I didn’t raise my hand because it just wasn’t in my nature to do so. Instead, I began to think that what I had to say wasn’t good enough, and that no one wanted to hear me say it — so maybe it was good that I wasn’t saying it.

And that was just a personal example of society shunning introversion. If I opened up the possibilities to reach beyond my life, there would be a multitude of others.

Yet over the course of my experiences, especially the ones I’ve had junior year, I think I’ve finally started to not resent being an introvert. Don’t worry, I’m not succumbing to society’s extroversion norms, but after bouts of self-reflection and a whole lot of back-and-forth about whether or not I am mad at society for making me resent a fundamental character trait of mine, I’ve decided that no. I’m not mad. In fact, I’m surprisingly grateful.

I’ve started to realize that perhaps my constant struggle with being an introvert in our society today hasn’t been all in vain. I’m still extremely comfortable with my introvert self — the COVID-19 quarantine can further attest to this fact — but society’s tendency to favor extroverts has inadvertently made me realize that words hold value. By forcing me to speak up, or making me feel bad if I didn’t speak up, the fact that it’s important, and worth it, to speak up has almost been drilled into my head. 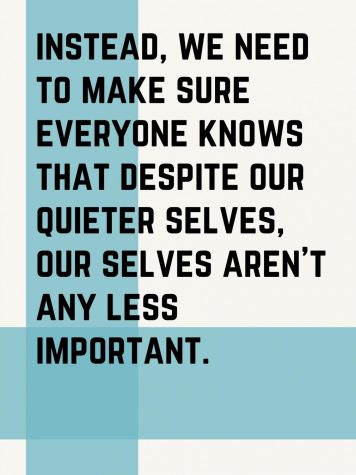 My perpetual literature class struggle? It’s sort of a microcosm of how the tables have turned with respect to my introversion resentment. Now that I’ve experienced negative emotions as a result of not speaking up, I’ve been kind of forced to reevaluate why I wasn’t. And I decided that no, it wasn’t because I’m not good enough. It was because I just like to keep to myself, and while I embrace this about myself, I’ve also discovered that in our society, sometimes introverts have to speak up to be heard. And more importantly, us introverts need to make sure that our society’s extrovert norms don’t allow us to recede — instead, we need to make sure everyone knows that despite our quieter selves, our selves aren’t any less important.