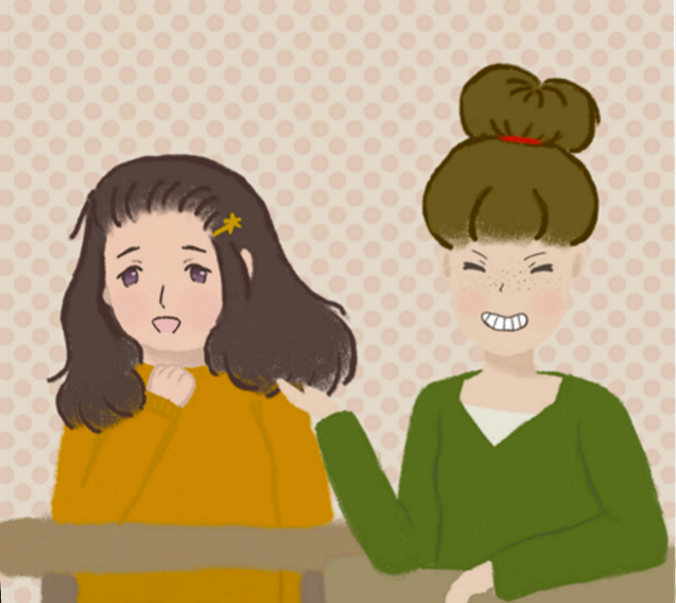 After learning a mix of complimentary closes and idioms and being assigned to write an email responding to someone in his Chinese class, junior Henry Kam decided to sign his email with an idiom that translates to “treat food as heaven.”

Kam often jokes around in class, using assigned vocabulary in unconventional ways to spark a response from the teacher or his classmates. He believes that certain classes like Chinese allow him to express himself using silly jokes because his classmates have similar personalities, providing a more relaxed environment. For Kam, the idea of joking around in class stems from his motivation to cheer up his classmates. He often delivers jokes that may seem unusual, but he notes that they make people laugh, which is his main goal.

“Part of the reason why I [joke around in class] is because junior year we’re all really tired,” Kam said. “So, I try to brighten the mood a bit by making jokes. [For example], a lot of my jokes come from me failing. If people laugh at it, I’m perfectly fine with it. It just makes me want to improve more.”

Chinese teacher I-Chu Chang acknowledges Kam’s goal and appreciates the class clowns who joke around once in a while to wake everyone up as she notes that some of her classes have a large number of quiet students. In her 21 years of teaching, Chang has noticed that every year there’s always at least one class clown in each of her periods, and for the most part, she’s OK with them as long they don’t negatively impact the classroom atmosphere — Chang herself likes to joke around sometimes. However, she explains that since her main goal is to grant equal opportunities to all her students, she has to be careful with how she treats her class clowns compared to her other students.

“My class clowns are overall hard working,” Chang said. “If someone knows what they’re doing and joking won’t affect their learning, I won’t mind it. [But sometimes], class clowns could be linked with [the] teacher’s pet, so I feel like if I give a lot of attention to one student only, that’s not fair to others. I don’t want others to feel like they’re not being treated fairly, just because that person is willing to joke in front of the class. If I acknowledge too much of that class clown, I might in some ways hurt some other students’ feelings unintentionally.”

Unlike Kam, sophomore Ajit Chamraj doesn’t have a specific reason for why he jokes around in class. He explains that while he can be loud in certain classes, he doesn’t aim to be obnoxious. However, Chamraj explains that there are some negative aspects to acting silly in class, noting that some students and teachers may not grant him the same opportunities.

“For example, [with] the Leadership teachers, I don’t think they took me seriously because I made a lot of jokes, even though I thought I was doing good work,” Chamraj said. “I feel like they liked me but they didn’t think I was responsible or anything just because I was making jokes a lot.”

Chang elaborates on this sentiment, saying that at times if the joking in her class gets out of hand, she gives out silly punishments to control them. Some of these punishments include making the class clown do Naruto runs around the classroom or try unpleasant flavors from the “Bean Boozled” Jelly Belly box. However, Chang explains that when her students are consistently negatively impacting the quality of learning and are not providing academic-related answers to questions, she enforces more serious punishments. 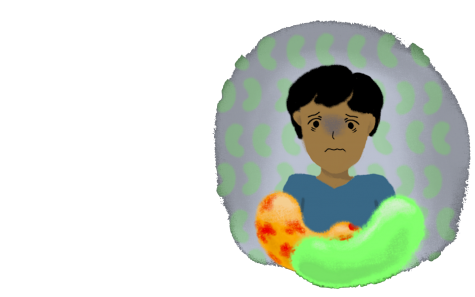 “If [the joking] is too much, I will joke back,” Chang said. “I have [these silly punishments] to discourage the class clown [from] being too wild in class, but not in a harsh way. It’s kind of nice to have people joke from time to time — I’m not against it. But when [these jokes] start to affect the quality of learning, I will stop it seriously. I’ll put up my face and say ‘I don’t like it,’ ‘We’re out of time’ [or] ‘Let’s not do it.’”

Both Kam and Chamraj agree with Chang’s belief, saying that there is a limit to joking in their teachers’ classrooms. Kam mentions that, even though his goal is to make people laugh, some students and teachers may not have the same reaction to his jokes that he and a few of his friends do.

“I obviously know that the jokes that I make not everyone will like,” Kam said. “Some people will inevitably not like [joking], but most of them seem fine with it. So I just try to limit my jokes to those that most of [my classmates] would appreciate.”

Even though there are positives and negatives to class clowns, Chang ultimately feels that a relaxed response from the teacher can encourage her goal of making a warm and positive classroom environment for her students — even if sometimes that comes with having to listen to a few students who make ridiculous comments.

“I don’t like to raise my voice in my classroom because I want to create an atmosphere where people can feel comfortable,” Chang said. “I rarely get angry in my class — even though students can be too silly, I [just] put up a face [because] I hope the atmosphere is welcoming, not intimidating. [So] I’m maybe on the [more] loose side [in dealing with class clowns].”