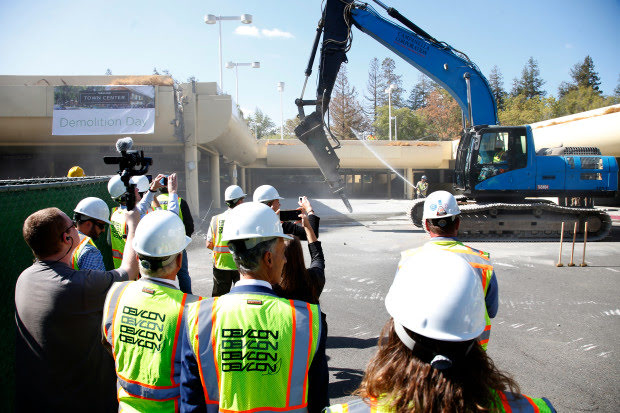 Opposition to the Vallco Plan

State Bill 35 is a state senate-passed bill that addresses the shortage of housing in California by making large scale affordable housing easier to develop for investors like Sand Hill Property. The bill requires developments to be two-thirds residential housing, half of which must  be affordable housing (housing that costs less than 30 percent of the monthly household income for rent and utilities), which are often more densely packed than luxury housing.

In 2018, Sand Hill Property created a plan that would increase office space in Cupertino by 15 percent through building seven 22 story buildings and creating 2,400 new homes with half reserved for low-income housing, according to the Los Angeles Times.

You’re not going to solve the housing crisis if you just keep making it worse.”

“One of the main objections that we have to [the SB 35 plan] is that the office will create more working space and more workers than the housing element of the development could house,” Friends of Better Cupertino Representative Carol Gorska said. “You’re not going to solve the housing crisis if you just keep making it worse.”

Despite opposition by such groups, the mall’s demolition started in 2018 under the SB 35 plan. Part of the SB 35 plan is the streamlining of passing such developments without city or county decision-making. It is applicable in situations like Vallco where residents are unable to agree on how to continue moving forward.

The Cupertino City Council is simply required to make a vote on whether or not the Vallco plan meets the state requirements as opposed to a formal decision. The council voted yes, allowing the development to occur.

Friends of Better Cupertino then sued the city for passing the project under these eligibility requirements. In their lawsuit, the representatives of the group argue that the Vallco plan does not satisfy certain SB 35 criteria: not being located on a waste hazard site, not being two-thirds residential housing, and being methodically improper as it holds a double standard on its parking requirements. Friends of Better Cupertino claims that Sand Hill Property includes parking as residential square footage and not commercial square footage, allowing them to develop a more profitable development: commercial real estate. The court verdict is yet to be released.

According to the Cupertino Principal planner Piu Ghosh, who has overseen a majority of the operations with Vallco since 2012, one of the main reasons that each plan has received opposition is because of Cupertino residents’ emotional ties to the mall. Gorska herself was compelled to sue the city by an innate desire to speak against what she believed were corrupt plans for the mall.

Junior Sarah Tan, who formerly served on the Cupertino Teen Commission, believes there are similarities between her experience passing legislation through the teen commission and the Vallco legal disputes.

Ghosh agrees that the city wants to listen to all perspectives and hopes for a solution that, above all, works for the residents who will have to live with the development in the future.

“I would like to see a development that the community can stand behind, and profit for the developers,” Ghosh said. “A project that will help some of the lack of regional housing [challenges] and have a healthy amount of affordable housing as well.”