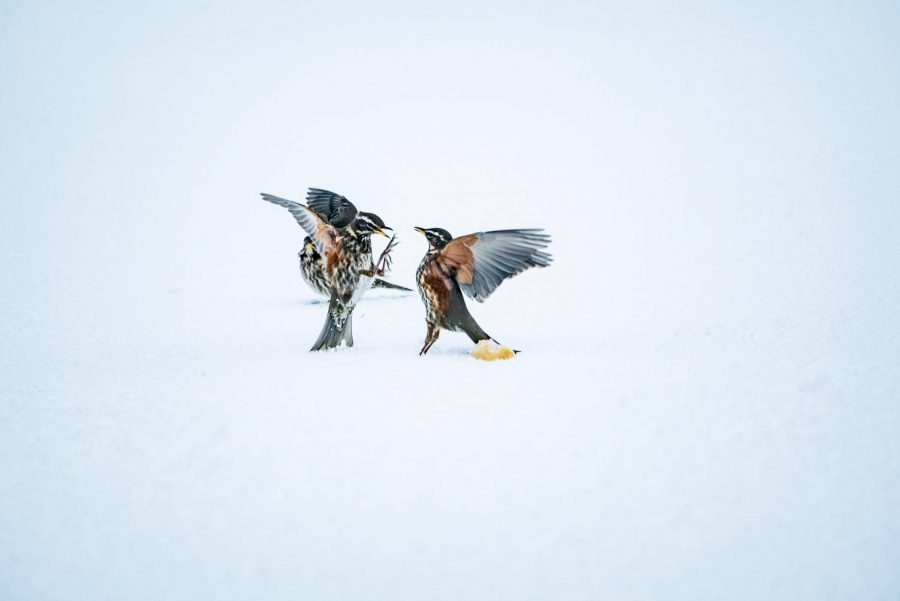 Exploring the implications of conflict through confrontation 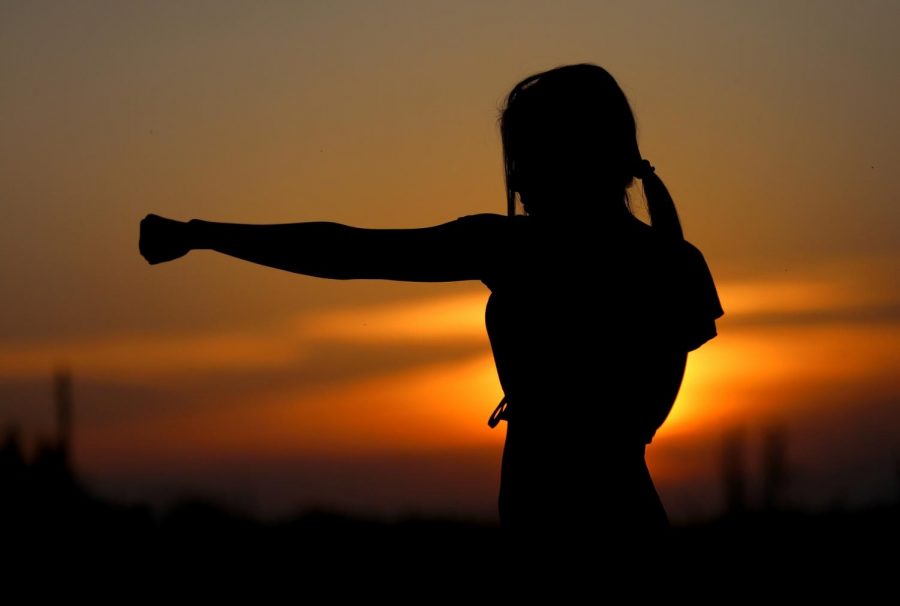 For the longest time, I would compromise for anything and everything. I absolutely hated any form of confrontation.

Any time I was in an argument or encountered some sort of issue, I would be the first person to apologize. In fact, I would over apologize. Most of the time, I wasn’t apologizing because I regretted my decisions; I still believed what I did was perfectly justified. I just thought an apology was the easiest way to move on, to put things in the past and keep everyone happy.

And I thought I was making the more practical decision. I believed confrontation, and to a certain extent, disagreement, was the same as picking stupid fights. One too many times I have seen my friends and classmates argue over things like clothes or boys or secrets, and I would always wonder why they just wouldn’t apologize and move forward.

But gradually, my perspective on confrontation has begun to change. And the catalyst for this change, as ridiculous at it sounds, was a quote from popstar Pink. When asked what advice Pink would like to pass on to her kids, she said, “You’re not always going to be popular when you’re a woman with a lot of opinions, and you don’t back down and you don’t apologize and you don’t change for them. It’s hard.”

For some reason, this quote spoke to me. I read it four times. I screenshotted it. I couldn’t, and still can’t, get it out of my head.

And after reading that quote, I realized for the first time that confrontation is a necessary part of life.

If I am not willing to stand by my opinions and beliefs, no matter how trivial they may be, then I stand for nothing. If I just cast aside my perspectives at the slightest sign of conflict, then I cannot respect myself as a person.

The more I began to think about this issue, the more it greeted me at every turn. For example, often times I hear the words “retarded,” “autistic” or “cancerous” being used in jokes. And for the longest time, I would hear these words and wince but say nothing. Sometimes, if the joke was really funny, I would even laugh along with everyone else. I didn’t want to confront the speaker and make a scene. I didn’t want to be that person who people had to watch what they say around. Thus, my fear for confrontation kept me silent.

I’ve seen this issue become applicable when I’m defending my friends. I’ve always tried to be the neutral party in any conflict. Granted, I would always be willing to help and listen to my friends’ problems, but when it came to public confrontations, my philosophy was to stay out of it. They may be my friends, but their conflict is their conflict. I didn’t want to get involved.

Even more directly, I felt this issue arise whenever someone acted in a way that hurt me. I chose, time and time again, to ignore my feelings. I told myself that I was just being overly sensitive. I let the person in question continue to hurt me while acting like everything’s okay, because I was convinced that confronting them would only cause more problems.

It took that quote from Pink and a whole lot of reflecting to realize that I am the problem. What type of leader am I if I do what’s easy rather than do what’s right? What type of friend am I if I put my personal aversion towards conflict above others’ need for support? What type of person am I if I can not stand up for myself just because it would entail butting heads with other people?

As these situations kept coming up, I was forced to gradually acknowledge that my justifications for avoiding confrontation were mostly based in fear. Living in a sheltered area like Cupertino, where the types of people and ideas we encounter are similar, I feel like we have been trained to see confrontation and disagreement as a negative, but disagreements aren’t a bad thing. Sometimes a disagreement is exactly what we need to consider a perspective that differs from ours.

I’m not saying we should turn every minor issue into a confrontation, but no one should hesitate from speaking their mind. It’s way more important to be true to your ideals and your values than to be well liked.

I have chosen any avenue other than confrontation because I want to be kind and liked. And although those are good qualities to have, I also need to be bold and courageous.

So I have started to speak up a little more. To correct others when they use words like “autistic” and “retarded” as a joke. To go out of my way to stand up for my friends. To respectfully communicate my emotions to others. And although it is a slow and long journey, I am gradually becoming more accepting of confrontation. 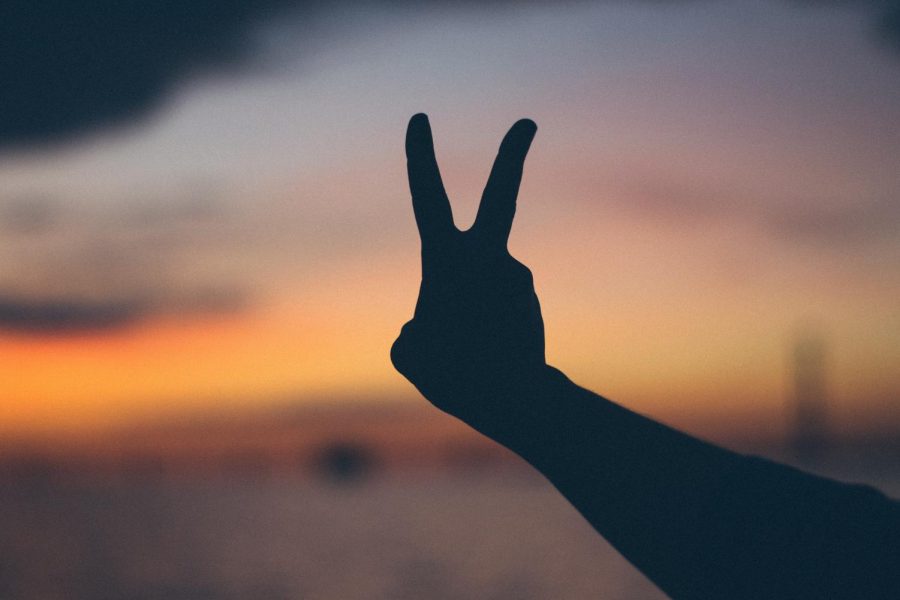 I’ve always liked to think of myself as strong. I’ve never been one to back down from a fight, even though I’m the kind of person you take one look at and usually don’t give a second thought about. And because of this, it’s really easy for my voice to get lost in a crowd. I usually have to work much harder to be heard. I guess between all of that fighting to be heard, I tend to lose sight of what I’m fighting for.

Sometimes I see myself arguing about the dumbest things — full on screaming, kicking and yelling. Things like “I can eat faster than you” or “I bet I get less sleep than you every night.” I do it for the satisfaction of being right. It’s a pride thing more than anything else. If I know I’m right about something, I have to make sure everyone knows it.

It isn’t always about being right, though. Oftentimes what people say or think about me hurts deeply. I feel like I owe it to myself to fight back. If I don’t protect myself, who will?

Over the years, I’ve been on the receiving end of some pretty nasty rumors. My sister would always tell me, “Don’t engage. Be the bigger person,” but engaging was like this itch: I physically couldn’t help myself. I would literally obsess over tracking the perpetrator of these rumors and bringing them to justice, which in my mind meant an ugly confrontation.

I used to think calling someone out on their nonsense made me the bigger person, like I was doing everyone a favor by exposing them. It has taken me a long time, but I finally realized that, in the long run, it’s just not worth it.

I never want to advocate for not standing up for yourself. But so many people let petty words or actions consume them. I’m talking about things like, “She said this behind my back. He called me this name.” I know if I allowed myself, I could literally spend hours mulling over this stuff. At one point, though, we have to learn to let certain things go.

We spend all this time arguing or confronting to protect our prides but ultimately, what are we protecting it from? I refuse to waste any more time or energy dwelling over and confronting someone I believe has wronged me. There are always going to be ignorant or uneducated people in this world. They are always going to talk, and quite often we’re not going to like what they say. We can’t control that. What we can control, though, is whether or not we listen.

In regards to every ignorant person you’ve had to waste your valuable time or energy on, remember this. You’re not their parent. You’re not accountable for them in any way. It surely isn’t your responsibility to right their wrongs, which we sometimes hope to achieve in these confrontations with them. If they want to keep spouting out imbecilic rubbish, let them. But these confrontations tend to make us say things we don’t mean: nasty, horrible things. We’ve now suddenly stooped to their level.

I’m sure this all comes across as some sort of morally superior lecture. But let me be completely candid in saying, I still struggle with every single thing I’ve preached about so far. Letting go of confrontation is like letting go of oxygen for me. I hate being the bigger person sometimes, especially when I know the other person deserves worse than my forgiveness. But I have to force myself to look at the bigger picture. It’s going to take a lot of getting used to, but I genuinely believe it will make me an even better and stronger person.