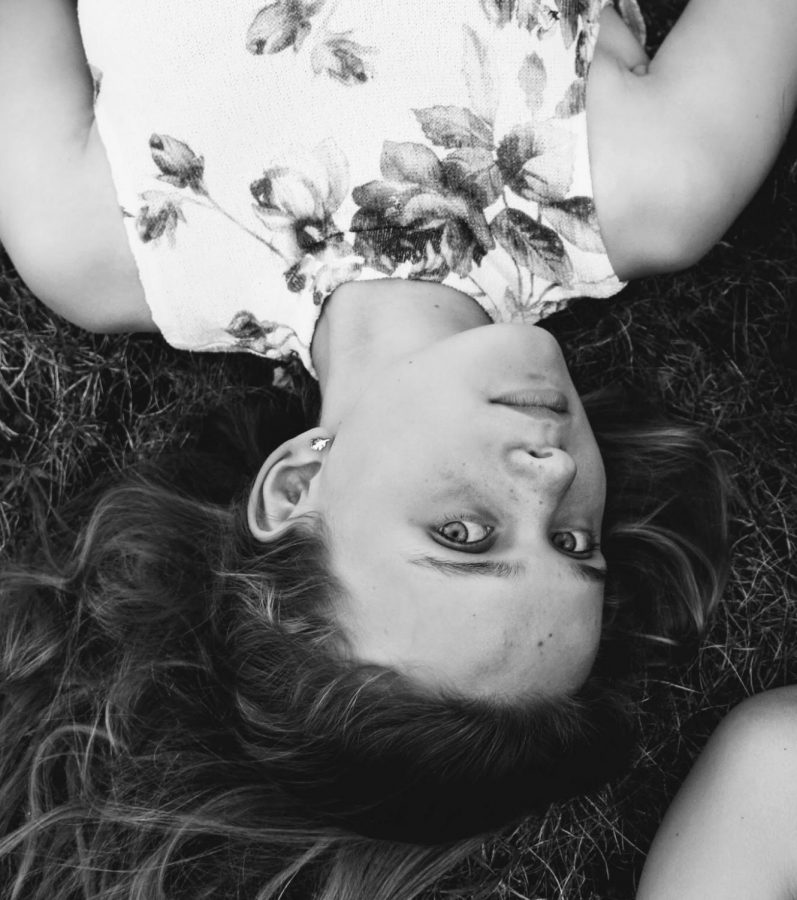 Junior Suhas Prasad vividly recalls sitting in his sophomore World Core literature class, discussing Islamic culture with those around him. He offhandedly comments that Islamic culture and Sharia law harbor traditionally sexist and bigoted values — and are by nature, oppressive to women. Immediately, a student (who will not be referred to by name to protect her anonymity) joins the conversation. In an emotional tone, she accuses him of being racist. Prasad looks around at his classmates’ faces. Some of them are looking at him with mistrust and uncertainty.

The damage is done. Maybe he is racist, they’re thinking. Maybe he’s the bad guy.

Prasad explains that he is used to being criticized. He holds marginalized, conservative-leaning viewpoints that clash with the status-quo, liberal viewpoint majority of MVHS. Initially, Prasad used to struggle with expressing his opinions, afraid that those around him would ostracize or criticize his view, and as an extension, Prasad himself. However, over time, he has improved his ability to gather enough courage to vocalize his opinions.

“I do think that my viewpoint would be viewed as a marginalized viewpoint [at] MVHS and I think that does play a factor in perhaps intimidating some people and they don’t really have the courage to speak up,” Prasad said. “I really don’t see too much reason for being afraid. I’m not saying that people should say whatever [they want], but my viewpoint is rational enough.”

Sophomore Polina Zinin agrees that those with marginalized viewpoints at MVHS are often singled out and criticized. Like Prasad, she has noticed that students are very quick to draw generalizations and label those with unpopular opinions as “racist” or “sexist.” She knows this, because she herself has been the victim of these accusations.

Zinin believes that women and men are not inherently equal, instead holding the belief that women are mentally and emotionally stronger than they are physically, making them suitable for the role of a caring, maternal figure, whereas men are the opposite — physically stronger than mentally or emotionally. She particularly finds faults with the Israeli government’s decision to call both males and females to serve in the military, citing that it contradicts the biological basis of what it means to be a man and woman.

“I don’t agree with [Israel’s call for arms], because first of all, there’s still the natural instincts, like of being a mother, being more gentle and bringing comfort into the home,” Zinin said. “And men are more tough, they’re like leaders. Although women can be leaders, it’s just that there’s things that are more natural, or that we should be more gentle with women, in terms of gender equality.”

For these views, Zinin has been attacked by those around her, labeled as an “anti-feminist” and “sexist” individual. Still, these remarks don’t affect Zinin significantly; to this day, she remains open about her opinions.

“During the 2016 elections, I was pretty against Trump,” Mu said. “I didn’t know much about him and he’d never been in politics, so I didn’t know any of his policies other than what he says, which is sometimes not exactly smart. Over time, I started realizing that our country hasn’t gone into civil war or turmoil as many people believe. Our economy is doing fine, we’re doing decently well in terms of international relations, with some struggles. But overall, our country is more or less the way it [was] like two years ago. Maybe even a little better.”

Like Mu, Zinin has noted that people tend to judge her personality and moral character based only on the marginalized viewpoints she expresses. For example, when she denounces the feminist movement, people often hastily assume that she is an all-around “bad person.”

Similarly, Mu believes that students at MVHS are quick to attack those with differing views, to both portray themselves as standing on higher moral ground and to maintain the liberal environment.

“I think one issue we have is that we have an echo chamber where everyone just voices opinions, and then the only [ones] who are willing to stand up and say something [are] people who share that opinion,” Mu said. “No one’s willing to disagree with another. We want to keep our environment so [politically correct], so squeaky clean that nobody dares to say anything against the mainstream idea or else they face criticism for absurd charges: sexism, misoginism, racism. It goes on.”

While Prasad does believe that those with marginalized viewpoints should express themselves, he believes that if they are doing so in school, they must find the appropriate time to do so to ensure that they aren’t disrupting the learning environment. Prasad also tries to vocalize his opinions when he’s certain that he’ll have the chance to fully explain them.

“If you’re in a room with a bunch of people who are just intent on disagreeing with you, it might not be the best time or place to express yourself,” Prasad said. “[Also], the thing with school is that you have to find the appropriate time — if you’re in your math class, and you say ‘I support Trump, I support Clinton,’ you’re there to learn and maybe expressing yourself can be rude to the people there and perhaps not prudent.”

Prasad believes it is imperative to choose the right time to express his opinions because he doesn’t want a repeat of the scenario that occured last year in his history class, when one emotional accusation turned several people against him. He explains that some people may not be open to having a two-sided conversation about a sensitive topic, and in these cases, Prasad doesn’t even try to vocalize his views.

“As far as it goes to [anonymous] judging me, I don’t want to sound rude but I can’t care less because I could tell right from the situation what kind of a person she was and how she was kind of quick to accuse,” Prasad said. “More than [anonymous] taking offense to it, which I could see really had no reason behind it, it was the opinion of the students surrounding who were a third party. Factors like those can easily eclipse the argument that she put in the first place, about my use of the word.”

Zinin agrees with Prasad that as someone with unpopular opinions, it is important to select the right time to speak out. When she encounters a particularly close-minded person who would automatically reject her ideas, she refrains from vocalizing her views.

“I just don’t speak out because I feel like people are ignorant in certain areas, like when they continue saying specific stereotypes or they just have one opinion, they just see one side, [and] it doesn’t do any good by trying to put them on the spot because they’re not going to know the full story and they’re just going to continue saying what they think,” Zinin said. “The person who has nothing in his head keeps on chattering but the person who is knowledgeable, he decides to be quiet.”

Prasad explains that in middle school, it was very easy for him to get sucked into popular opinion, and he had to actively fight against the pull of the liberal viewpoint to discover his own authentic views.

“My parents were always just constantly criticizing Trump. It just got ingrained into my mind and parents do make the behavior of their children,” Prasad said. “I found myself just dragged into the left side and I realized that if I paused to think for myself, I could develop opinions of my own, which would ultimately be the best for me, whether my opinions are shared by the majority or not.”

Prasad explains that the situation in his history class was particularly unfair because his accuser’s emotional tone clouded the other students’ judgement, making him appear like the villain. He felt very misunderstood and that the scenario taught him that as someone with marginalized views, he would always have to fight to be heard and understood.

“With [anonymous], she essentially got away with accusing me of using racist language and that’s just not okay,” Prasad said. “I think several factors were on her side that prevented me from seeking justice. I’m not seeking justice but I let it slide. I’m generally a resilient person. I think everyone with a marginalized viewpoint should have some sort of resilience since they’re encountering something different than what they believe everyday.”

Mu agrees that making MVHS a more tolerant environment for those with marginalized views is important. His vision is a community where everyone feels safe expressing their views, and mature conversations on political and social issues are able to take place.

“I really don’t take these insults at face value,” Mu said. “If anything, I take them as a reflection of the fact that we still have a lot of work to be done, that the day that we can have educated conversations about topics that don’t end up devolving into mud slinging, is the day that we’ve done our job as informed citizens.”