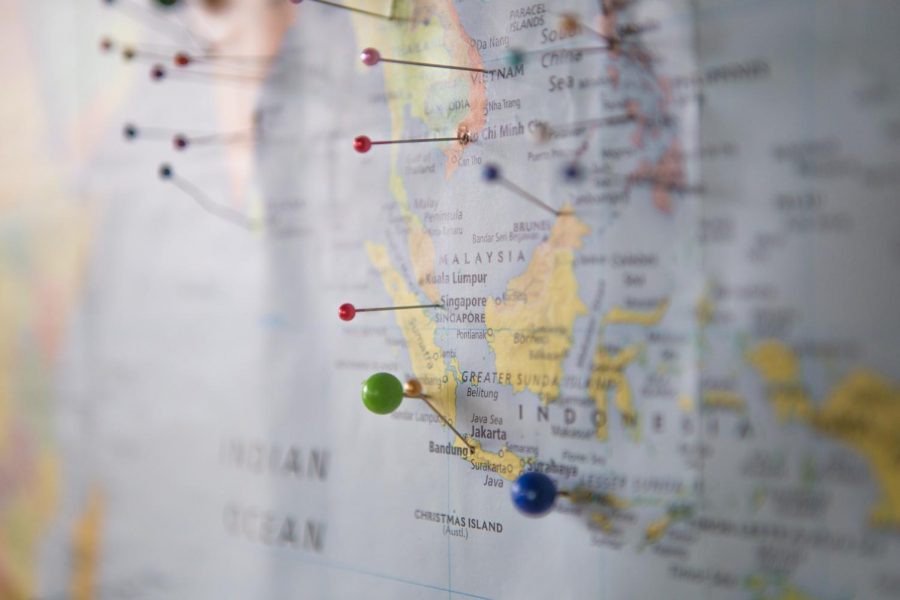 2018 was the year Saudi Arabian columnist and champion of free speech Jamal Khashoggi was murdered by operatives in the Saudi consulate. It was the year of censorship, when 251 journalists around the world were imprisoned for reporting the truth. It was the year of intolerance, when guest speakers at college campuses across the country were uninvited or discredited because of opposing political views.

From China to India to South Korea, it was the year that free speech was tested around the world, as seen in the following students’ stories.

Junior Wenyu Chen was a mere fifth grader when she packed her bags, took her belongings and moved to the U.S. with her family. There, she encountered a plethora of different social groups, ideas and experiences — a stark contrast to her life back in China.

In Beijing, where Chen lived from 2002 to December 2012, life followed a repetitive, constant pattern. She went to school, spent time with her friends, studied — a routine similar to the typical American kid’s way of life.

However, there was a slight difference.

Back then, Chen was a member of the Young Pioneers of China movement, an organization for youth between the ages of six and 14 that fell under the Communist Party. As part of this group, the then-elementary-schooled-age Chen donned a red scarf to school, a piece of red cloth worn around the neck to symbolize the blood sacrificed by the martyrs of the Cultural Revolution. In the classroom, Chen recalls how students seldom voiced their opinions, having grown up in an environment that emphasized order and respect for authority above all else.

So when she moved to California, what surprised Chen the most was not the change in weather, language or culture, but the change in the classroom environment. She was amazed by the ease at which students expressed themselves and their opinions, regardless of how controversial they may be. She notes that this was certainly not the case in China, where people usually went along with what the government said.

“I was really surprised that students were discussing a lot of politics and policies, and how people had opposing opinions about it,” Chen said. “But in China, we don’t really talk about it. I feel like people are more aware of their freedom of speech here, and then in China, people are more cautious about what they say about the decisions that the government makes.”

For Chen, this access to freedom of speech, in combination with the U.S.’s emphasis on the individual’s power to evoke change through protests and marches, was a refreshing change. In fact, Chen believes that this inability to express one’s beliefs is one of the main reasons why those living in China often don’t have many opinions.

This was certainly true for Chen, who realized only after coming to the U.S. that she didn’t have much to say about politics and global events. However, after four years of living in California, Chen is no longer hesitant about sharing her views, whether that be during a casual conversation with her friends or during a Socratic Seminar in her Literature class.

“So I feel like I can’t express myself enough in one language — I have to use both languages to express myself and also I’m more open when I’m talking in English because it’s like I’m more used to the freedom speech here, like I can talk about politics,” Chen said.

However, she notes that while it is true that China is more wary when it comes to free speech, this does not mean that speech is completely prohibited there. She cautions people to look beyond the global perception of China — being a seemingly Communist dictatorship where people die when they speak out — and to learn about the country’s history and culture before making an unfair judgment.

“We learn about China here in the United States as outsiders, and mostly about the government, so people cannot get a real picture of lives in China,” Chen said. “But to me, as someone who grew up in both China and the United States, learning about the country in a different perspective allowed me to look up the political side of China, and free speech is certainly different there.”

Sophomore Unnati Chandani whipped her head in the boy’s direction. Despite the orderly and organized manner of the classroom, she suddenly felt out of place. It is the first time she had heard anyone say the word out loud, straight to her face.

“Guys, that’s not okay,” Chandani replied, aware that the boy and his friends hadn’t intended to offend her.

Chandani moved to Pune, India on Aug. 3, 2018. Prior to her family’s move, she lived in California her whole life and attended MVHS her freshman year. Now, she attends an international school in Pune called Boston World School.

Moving across the world forced Chandani to adjust several different facets of her life. The almost completely opposite time zones between India and the U.S. presents a major challenge for her communication with friends at MVHS. She admits that she’s drifted apart from many of her previous friends, lucky to maintain strong friendships with only a few.

However, what Chandani finds hardest to adapt to isn’t this new hurdle in communication. The stark contrast in their freedom of speech was what struck her the most.

“[In India], anyone can say what they want to say and no one’s going to get offended — they’ll just laugh it off as a joke,” Chandani said. “But I feel like in America, if someone wants to say what they say in India, no one would be okay with it.”

According to her, in India, many more teenagers are accustomed to racist and stereotypical phrases compared to in America. She also acknowledges that those around her never intentionally mean harm. Instead, they have grown up in an environment where it has been socially acceptable to joke with such language, differing from what she grew up with in America. According to Chandani, this free manner of speech in India presents one main benefit.

“No one takes offense at all,” Chandani said. “The environment is really chill — no drama — and people definitely use it to their advantage.”

However, it is difficult for Chandani to leave her previous California mindset behind. She notices that students tend to unconsciously decrease their usage of racist or homophobic phrases such as the n-word, which they previously used to throw around without hesitation. Her friends have now grown more aware of what they say and express.

Chandani feels as if introducing this American culture to her classmates has changed her community for the better.

“Obviously, I would prefer the U.S.’ freedom of speech because it’s more restricted to appropriate language,” Chandani said. “Back [in India], you can say anything you want. But back [in America], it was more civil.”

Two years ago, sophomore Annabelle Choi moved from Seoul, South Korea to the U.S. Unlike Chen, she grew up in an environment similar to America’s society, where people are also accustomed to freely speaking their mind when it comes to politics.

However, if it wasn’t for the Korean Civil War, Choi believes that her experience in Seoul would have been vastly different. For her, the most important aspect of a country’s right to expression are the free speech standards that were set after the war.

“[Back then] people were oppressed under the president,” Choi said. “And by just looking at the incident where we took down our last president because she wasn’t a good president, you can tell that the country doesn’t really differ [from the U.S.].”

Choi refers to South Korea’s former President Park Geun-hye, who was imprisoned after being found guilty of abuse of power and coercion. Choi believes it is this conviction in 2017 that largely influenced South Korea’s increasingly open attitude towards free speech, one of the most recent and major political movements. 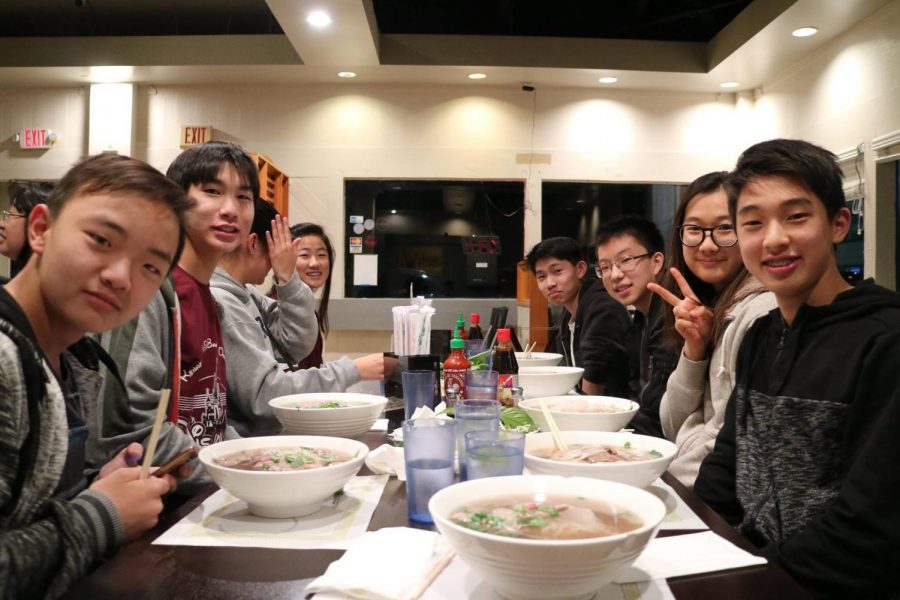 Although, legally, the two countries have many similarities, Choi noticed one major difference when she moved to America — the contrasting environment that mainly welcomed those who strayed from the accepted norm, such as immigrants or members of the LGBTQ communnity. An environment where citizens freely expressed their own beliefs on such issues and didn’t hesitate to speak up against someone opposing their beliefs.

“With LGBTQ, people in Korea wouldn’t really understand [if you came out],” Choi said. “No one would shut you down and say, ‘oh, gay people are bad,’ but it’s definitely misunderstood more there.”

Choi attributes the stereotypes that some Korean citizens may have due to the lack of racial diversity. According to the Migration Policy Institute (MPI), by the end of 2015, foreigners consisted a mere 3 percent of South Korea’s population, while in the United States, one in five American citizens were immigrants as of the year 2017. She notes that many of those living in South Korea find themselves in her similar position before she moved to America, who also accept these assumptions about a group of people since they have no prior experience to show them differently.

With such common stereotypes and misunderstandings, Choi notes that it is hard for those with new or different ideas to vocalize their own opinions.

“These stereotypes in Korea do, to some extent, restrain people from expressing their ideas about controversial concepts; however, people are definitely starting to speak up more, as they are more likely to be exposed to unfamiliar topics such as sexuality in today’s society,” Choi said.