Matadors win straight sets in first game of the season 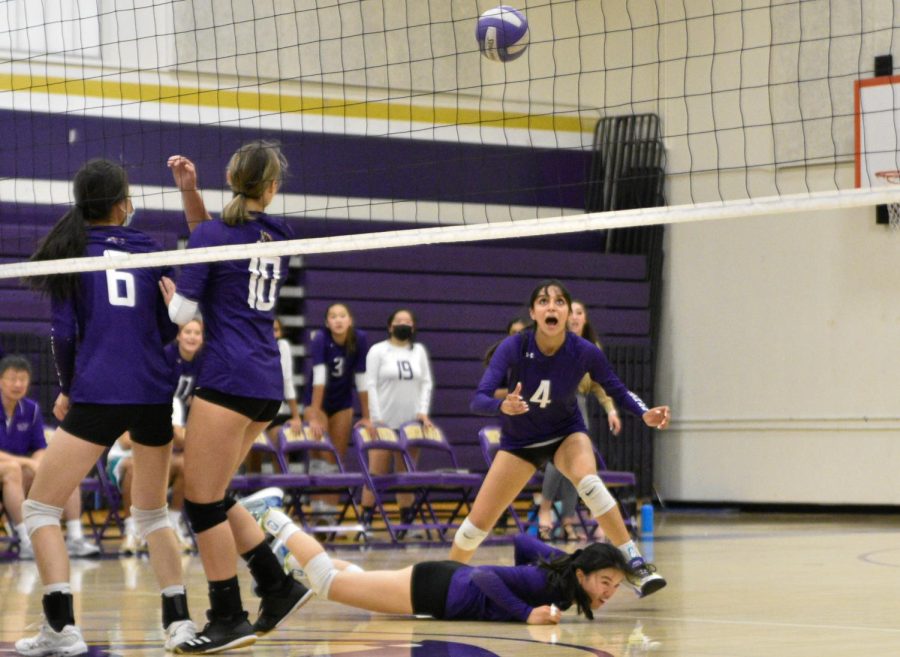 After senior Sydney Su saves the ball from hitting the ground, senior Krupa Shanware prepares to pass the ball back to the opponent’s side and continue the rally.

Senior and libero Priscilla Cho believes that the team demonstrated a powerful offense, allowing it to dominate all the sets. However, Cho also notes that there was a slight breakdown in communication at the beginning of the second and third set, resulting in OHS gaining more points than they had in the first set.

Senior and setter Krupa Shanware finds that the change in the team’s performance in the latter two sets was also influenced by the substitution of secondary players for starters.

“Our coach wanted [us] to do really well in the [first set of the game] so that we could start setting up people who weren’t starters,” Shanware said. “Even though our team is smaller this year, there’s still a lot of people that need a chance to play.”

Regardless, MVHS maintained a strong lead in all three sets. On top of the excitement of winning their first home game, Head Coach Nicki Ezatagha expresses her high hopes for the upcoming season, especially after the team made it to CCS finals last season.

“In my first year [as coach], we made history,” Ezatagha said. “We made states for the first time ever in school history, and then we went to championships for the first time in five years. This year, I feel confident that we have a shot at winning CCS championships, [and] hopefully getting into CCS playoffs. [I’m] just really looking forward to doing better than we did last year.”