Looking into how rising prices challenge the FUHSD community 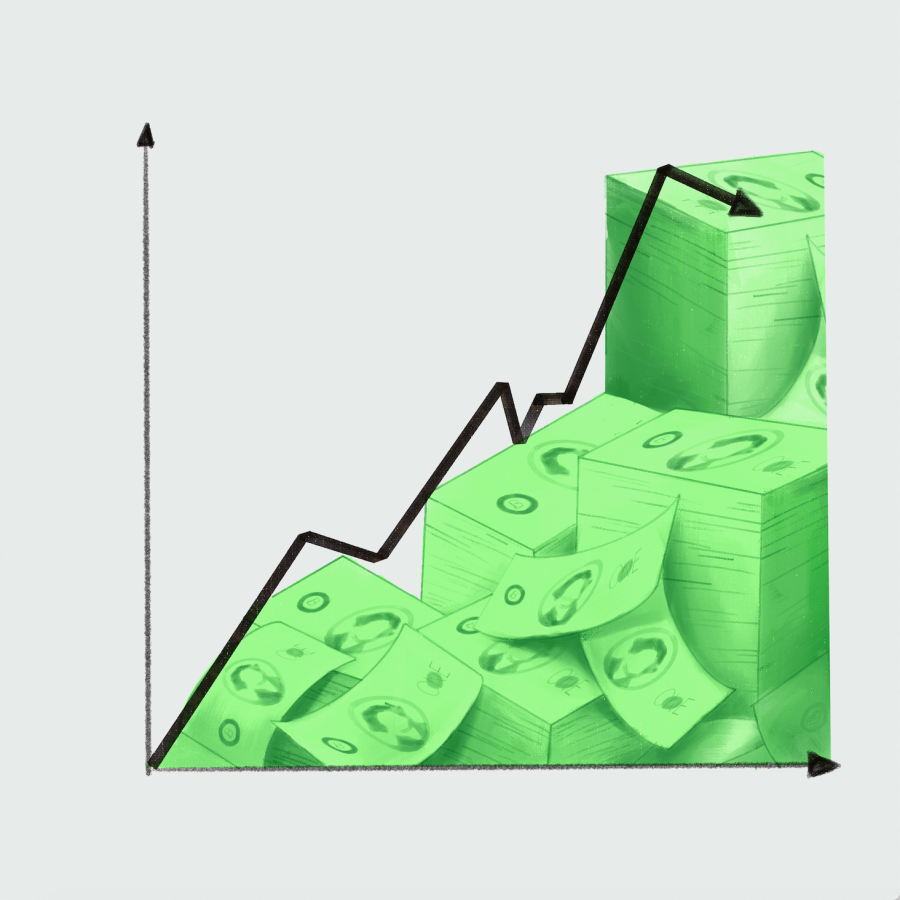 Inflation rates have gone up in the U.S. due to the pandemic and Russia’s war on Ukraine | Graphic by April Wang

The surge in inflation rates in the U.S. has opened new challenges for Americans. As of August 2022, the U.S. Bureau of Labor Statistics reported a 5.7% increase from the beginning of the year in the average price of purchasable items in California, which includes a 9.3% increase in average food prices and a 28.1% increase in energy prices.

Constraints on businesses and factories due to the pandemic and Russia’s war on Ukraine largely contributed. As restrictions began to lift, the surge in demand for goods outpaced the amount of possible supply, leading to an increase in prices for everyday products.

Students at MVHS have also been impacted by this rise in prices. Senior Gwyneth To shares that her family has “stopped going to stores like Trader Joe’s” and instead “started buying cheaper, more generic brands at Costco.”

To shares that her family chose to buy a hybrid vehicle due to the rise in gas prices in the past year, and that she uses the car for everyday activities, such as driving to school. The U.S. Energy Information Administration reported the price of gas in California reached $5.298 per gallon in August of 2022, a 15.6% increase from January of 2022.

According to Clausnitzer, many teachers and administrations don’t live in Cupertino where they work, making “jumping on a highway and driving far distances” a challenge due to high gas costs. He also acknowledges that the overall rise in the price of everyday products will also lead to many struggling to find a balance between their professional life at work and their personal lives at home.

“We are finding that next summer, some of the artificial turfs [on school fields] need to be replaced,” Clark said. “In 2018, the estimated cost per field was one million dollars. We tried [calculating] how much would it cost in 2023, [and it was] two million per field. So inflation has doubled the cost, and the budget we have has not gone up.”

Inflation was also part of the reason for the approval of Measure G. Clark states he is “thankful” for Measure G, as it will not only aid turf replacements, but also classroom and library renovations on all five campuses.

In order to support those who might be financially struggling due to rising costs, Cupertino High School Principal Kami Tomberlain explains that FUHSD is continuing its free school brunch and lunch program. However, Tomberlain expresses concern on how long it will be sustained, as it is no longer being funded by the government. Tomberlain also shares her experience of having to readjust funds due to changing product costs.

“One of the things I had to do was to take the money [distributed from the district] and put it more into facility funds because costs of [items such as] toilet paper and paper towels are going up,” Tomberlain said. “We have a certain amount [of money], we are going to look at our needs, and then allocate our funds in each category in order to meet those needs.”