New club officers share their plans for the next school year

Looking into the changing leadership in MVHS clubs 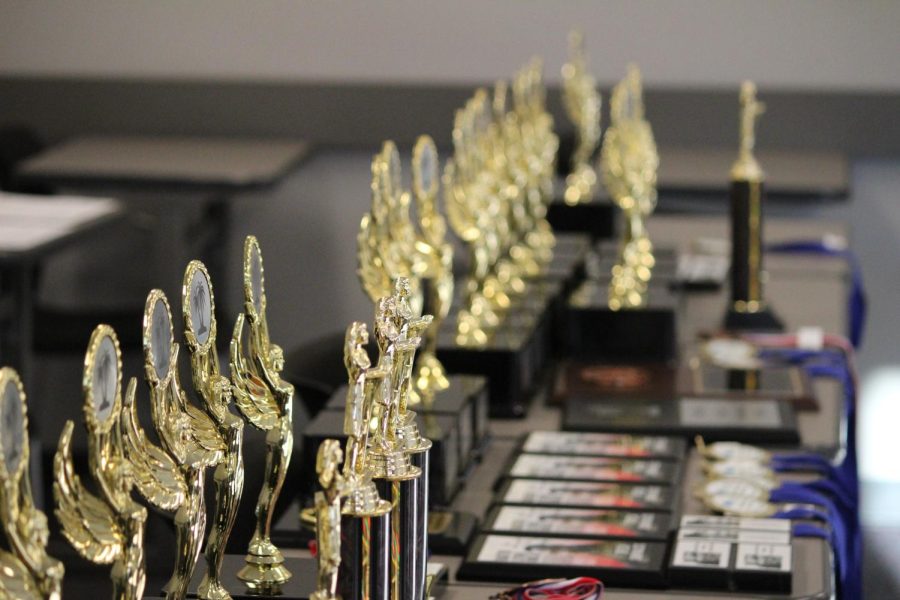 MVHS Speech and Debate club showcases the awards it won

As the 2021-2022 school year comes to a close, various clubs at MVHS are appointing new officers and preparing for a leadership transition. Scroll to hear the newly appointed officers of different clubs reflect on this school year and explain some of the changes that they are planning to bring to their clubs.

Venkataraman believes that the Speech and Debate club was able to successfully come together and reorganize after the school transitioned to in-person learning. As the upcoming president, Venkataraman shares that her overarching goal for the next school year is to continue the smooth transition process and create a safe and welcoming environment for new members.

“Two years ago, we were all online [through] Zoom. However, this past year it [has] changed [and we] had to adapt to in-person tournaments when pretty much everyone on our team hasn’t been to an in-person practice besides juniors and seniors. So really making sure that it was a smooth transition allowed the Speech [and Debate club] to really take off as a club once more on campus and have an on-campus presence. [That] was a big thing that I commend us for doing this past year.”

“I think a big [challenge] that not just Speech [and Debate], but [also] a lot of [other] clubs faced was member engagement after coming back [in person]. Managing [our] budgeting and operational efficiencies based on a decreased amount of members was something that we hadn’t anticipated. But once we started seeing [a] trend, we were able to adapt and make sure everything [was] on track. We [were] following our budgets, planning [and] strategies to make sure that we are doing the best we can to offer the best environment to our members.”

“If things are continuing in the trajectory it is right now, being able to transition to those in-person tournaments is a big goal that would definitely take the club to a new, higher level. It would definitely be really important in giving members a chance to ingrain their public speaking skills and make sure that they’re confident in speaking in front of others, because that’s something that’s really important, I think in not only high school, but [also] college and the rest of your career.”

“One thing we were [also] discussing was maybe having sexual assault awareness workshops because I do think that’s an important thing too, especially with a club of our magnitude. We’re not sure exactly what’s going on with it yet, but we definitely want to implement more of these workshops amongst the officer team and also amongst members to really make sure that we’re fostering a good and healthy environment for the Monta Vista community.”

As the new lead of the ACSL section of the Computer Science club, Gupta explains that he is looking forward to creating a more engaging and organized club environment. He also shares that he is excited to push his club to perform well in programming competitions, especially after the issues that occurred the previous year.

“I think [the last ACSL section lead] did a really good job in leading the club. He had these presentations that were already made — or he made them, I’m not quite sure — but there were these really in depth presentations that were presented to us. It was like ‘here’s what we are going to cover today, here’s how to do a practice problem, and here are some more practice problems.’ So I feel like that really gave me a very deep and thorough understanding of all the concepts and allowed me to do well in the contests.”

“I think definitely one place for improvement is more organization, because we didn’t know that [our last] officer was going to leave in the middle of the year. It was kind of sad because we did well on the first two contests, and then in the next few contests, everything just fell apart because there was not really a set in the stone leader for the club.” 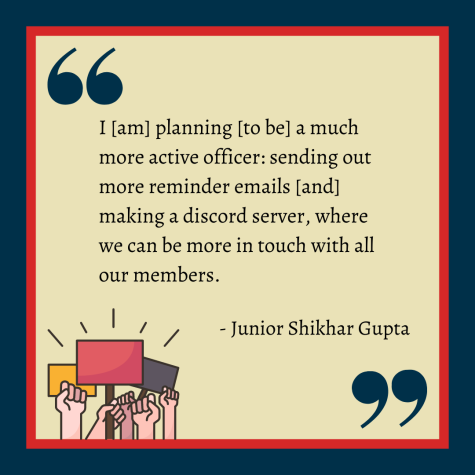 “What I was planning on doing next year is definitely being more active in our club and being a much more active officer: sending out more reminder emails, [and] making a discord server, where we can be more in touch with all our members, because I know that this year not a lot of members came to the meeting, which was quite unfortunate because of how fun the club is. So next year, definitely be more in contact, more organized [and] have set plans every day. This year, a lot of meetings started at 1:10 p.m., [some] started at 1:20 p.m. [and] sometimes we had to wait until 1:25 p.m. to get people. So I want to be in control and [also] have fun, because that’s the whole point of the club.”

Cai, the new president of the Model United Nations club, reflects that the previous year was a period of time for the club to adapt to the new in-person learning environment. She explains that she is excited to organize future events for the club and provide more members with the experience of attending conferences.

“I would say that one of our main issues from this previous year was [that] we ended up doing a lot of organizational things last minute, which limited what [conferences] we were able to go to this year. So that’s one of the things that I hope to do better next year: being more on top of stuff and getting stuff done earlier on so the club can attend more conferences and do more in general.”

“Overall, I would keep most parts of the clubs similar to how they [were] this year. I really liked a lot of the in-person stuff that we were able to do this year, and I hope to expand that further and go to even more in-person conferences next year. I also hope to get to know a wider range of members and reach more of the school community through the club.”