“Ambulance” drives past its welcome

Mediocrity defines most aspects of the film 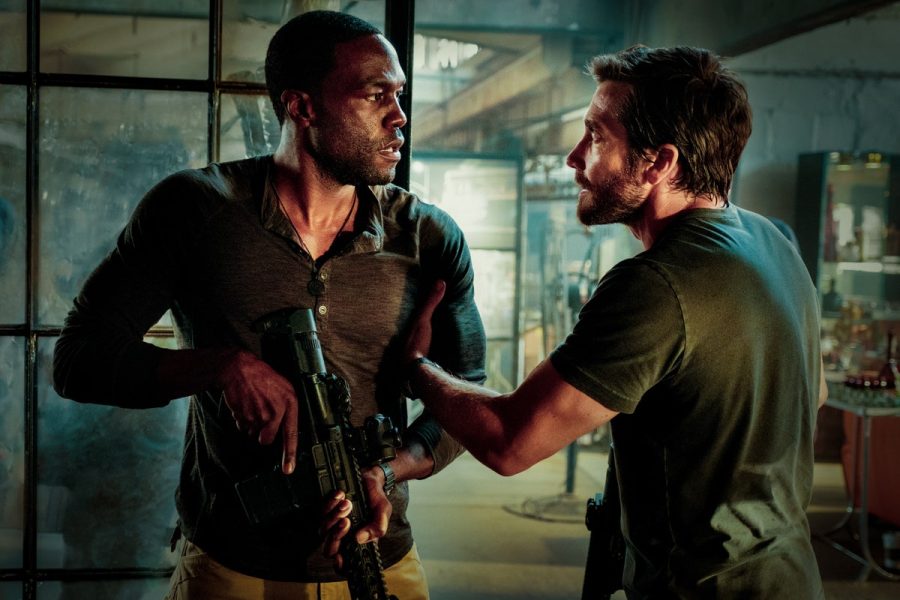 “Ambulance,” directed by Michael Bay, places audiences in a two hour chase sequence of an ambulance zooming through downtown Los Angeles. The film, released in theaters on April 8, is just what you would expect from Bay, the director of the “Transformers” movies, with fast cuts, numerous explosions, product placement and references to his previous films.

The plot is run-of-the-mill as the story revolves around a familiar relationship between two brothers, Will and Danny Sharp. At the beginning of the film, unemployed veteran Will (played by actor) is struggling to pay his medical bills, and as a result is forced to return to his family’s crime organization. Danny (played by actor), who is now in charge of the business, organizes a bank heist and Will reluctantly joins. However, the plan goes awry and the brothers hijack an ambulance and kidnap an EMT and an injured police officer. They are then chased by law enforcement all around LA.

The film emphasizes its setting of Los Angeles throughout its duration by dropping names of certain locations and referencing specific aspects of the city to entertain audiences from that locale. However, for audiences who aren’t familiar with Southern California, the intuition and decision making of the characters does not translate well. By appealing to a smaller audience, the film loses viewers as it uses obscure references, only obvious to residents of Southern California.

The pacing of the film is one of its stand out features, but also one of its major drawbacks. The entire movie follows a high intensity car chase and by the second act, the same swerves, U-turns and car flips begin to become boring to viewers. The overuse of drone shots leads to messy and at times, amateur cinematography, also reducing the quality of the viewing experience.

However, the escalation of tension is effective. It builds not only through particular sub-scenes but through the film as a whole. Despite Will and Danny staying in an ambulance for a majority of the runtime, every scene is packed with action and a new challenge for them to overcome, forging a strong and believable friendship between Will and Danny by the end of the film.

The multitude of action sequences are also a strong point: carnage and hyperactive pacing keep the audience engaged despite the unremarkable plot. However, the constant action also causes an inability to grasp character development, especially because side characters are constantly added into the plot. The static nature of the characterization of the main characters in the film allows viewers to get bored as their actions are predictable.

Moreover, to truly enjoy the movie audiences must suspend themselves from reality and forgive plot holes. For example, in a scene in the second half of the movie, the EMT, Cam Thompson, performs a surgery on the injured police officer as the ambulance is speeding down the highway at 70 mph. While entertaining, scenes like this are cartoonish and take away from the reality of the film.

Overall, “Ambulance” delivers a form of short-term entertainment that provides no real message to its audience by prioritizing dopamine rushes rather than a meaningful experience.