Students share their experiences and opinions on salty flavors 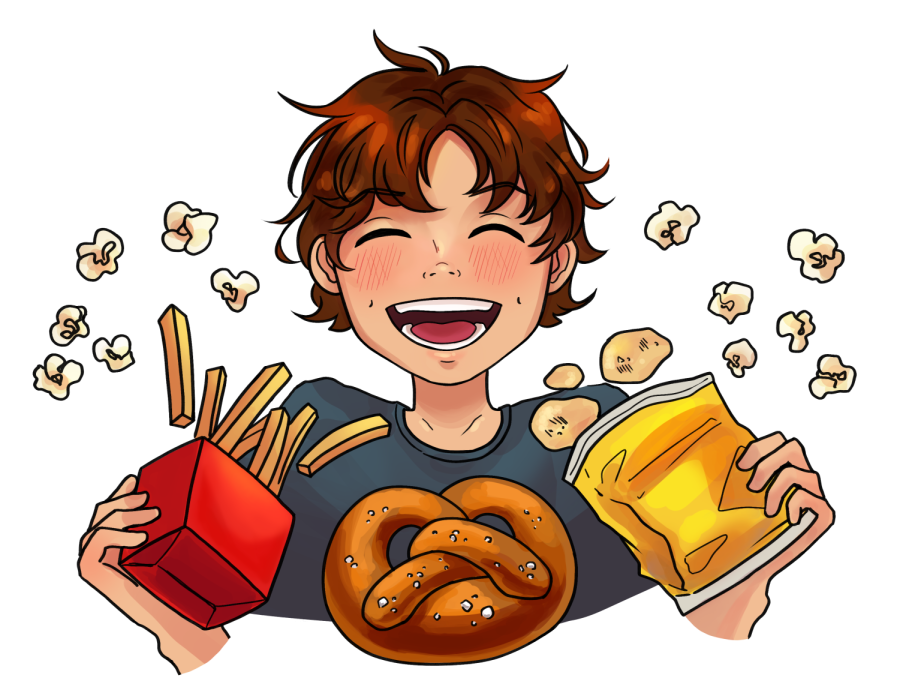 Sophomore Anuva Raut, simply put, adores salt. From a young age, she has relished eating and experiencing the bursts of flavor found in salty foods.

“I really enjoy salt in foods and how it complements the flavors of different things,” Raut said. “I find that [salt] really elevates [it].”

Contrastingly, sophomore Shrutik Kanukuntla strongly dislikes the taste of salt stating, “I personally hate salty foods and cannot really eat them anymore because of this one experience.”

Both Raut’s and Kanukuntla’s feelings towards salt stem from a specific memory related to pasta. Raut explains how her father used to make pesto pasta all the time and she would always sneak in extra pinches of salt — eventually, Raut started to love the flavor and began using it to make her cooking extra flavorful. On the other hand, Kanukuntla remembers an unfortunate experience in middle school where he had oversaturated his pasta with salt, resulting in dehydration and nausea.

Unlike Raut and Kanukuntla, senior Ajay Khanna has not had a specific experience that led to his love for salty foods. Rather, he has noticed his “taste buds evolve” to like saltier treats over sweeter ones.

Despite his love for salty foods, Khanna expresses a dislike for mixing salty tastes with sweet ones, maintaining that salty and sweet flavors taste strange together and should remain separate. On the contrary, as an avid baker, Raut has grown accustomed to the combination of salty and sweet.

Sometimes I will add a little sprinkle of salt on top [of what I bake],” Raut said. “I do enjoy that because I find that salt really helps elevate the palate, balance and bring out the flavor. It’ll add this dimension to it and just give it a really rich flavor profile.”

Despite having differing views, Kanukuntla, Khanna and Raut all say they try to monitor their salt intake, recognizing the negative health effects of a high sodium diet. According to the Harvard school of Public Health, as sodium accumulates in the body, it holds onto water to dilute the sodium, increasing blood volume and increasing pressure in blood vessels. Over time this leads to a high blood pressure, making high salt-intakers more at risk of heart attack, stroke, and heart failure.

Kanukuntla specifically is cautious of how much salt he uses when cooking. “Whenever I’m cooking, I try to avoid salt and just eat bland food,” Kanukuntla said. “I’ve been trying to cut down my salt intake not only because I don’t enjoy the taste, but also [because] having too much is a problem.”

Raut agrees that decreasing salt levels while cooking is important to monitor sodium intake, but ultimately believes that salt’s enhancement of all food is essential for a satisfying meal.

“When a dish is lacking salt, there’s just something missing, and once you add salt it’s like, ‘Oh, boom, there it is,’” Raut said. “I feel like it saves so many things. It just brings out the best parts of everything.”