Examining the ups and downs of skiing

MVHS students share about their experiences on the hill 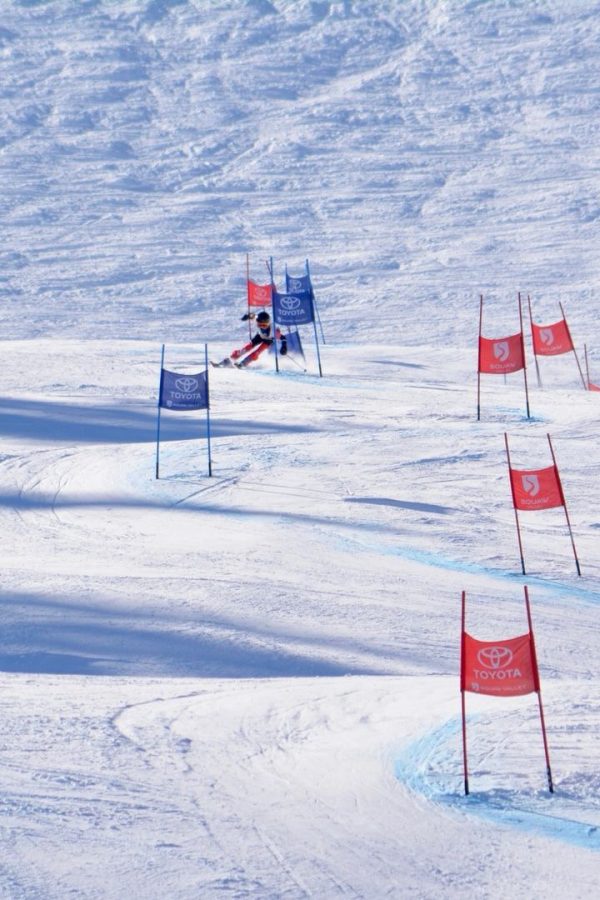 Skiing is a “nice break from everything else,” according to senior Anika Somasundaram —  when she’s race training, all of her focus is on “going as fast [as] she can” with proper technique, leaving little room to think about anything else in the moment.

Whether skiing competitively or recreationally, it is a sport that can require a lot of commitment, yet can be a bonding experience and can lead to a long-lived love for the sport.

Somasundaram’s dad taught her to ski when she was 4 years old — she later began taking ski classes to further improve on her newfound passion. Starting at 10 years old, Somasundaram started skiing competitively with a team at NorthStar California Resort near Lake Tahoe.

For Somasundaram, skiing was a major commitment, since she practiced every weekend during the winter season from November to April, with after season training from April to June and other travel ski meets. Somasundaram would also spend her Thanksgiving, winter and February breaks skiing every day. While she believes that learning to balance competitive skiing with her academics and extracurriculars made her better at time management and a stronger student, at times it caused her to feel stressed out and “very overwhelmed” leading to her decision to stop competitive skiing her junior year.

Junior Sonia Jain similarly started competitively skiing at 7 years old. While she enjoyed competing and moved up teams, as she got older, like Somasundaram, she also found the time commitment of skiing a challenge — Jain had to wake up early every Saturday and Sunday to show up for practice, which she found “really tiring,” especially with homework and karate on the weekdays.

Junior Jessica Zhang skis recreationally — she typically skis during breaks, which she finds relaxing. Skiing also gives Zhang the opportunity to hang out with her friends, which she believes helps strengthen their bond.

Even on a competitive team, Somasundaram has also found skiing to be a good bonding activity, particularly on “powder days” where her teammates didn’t have to race or train and could hang out, going off-terrain. Traveling together around different parts of Tahoe also helped solidify Somadunsaram’s bond with her team, allowing them to form good team chemistry.

Conversely, Jain says she felt out of place on her team, mostly because she was the only Asian person on the team. However, she did enjoy bonding with her dad over their shared passion.

“I think being on the ski team gave me a lot of personal time to bond with my dad because he always took me up to the mountain because he was also on an adult ski club [team],” Jain said. “So we both had commitments to be at the mountain … [and] it gave me a lot of time to spend with my dad that I wouldn’t have had if I didn’t join [the] ski team.”

Because Jain still wants to be a part of a ski program and enjoys working with kids, she’s planning on coaching at least until she graduates, and skiing recreationally after that. Similarly, Somasundaram doesn’t plan to return to competitive skiing.

“I don’t think I’m going to go back to racing,” Somasundaram said. “I think that I’ve crossed that bridge, but maybe in college, I might consider doing club skiing, more recreational but with a team base.”