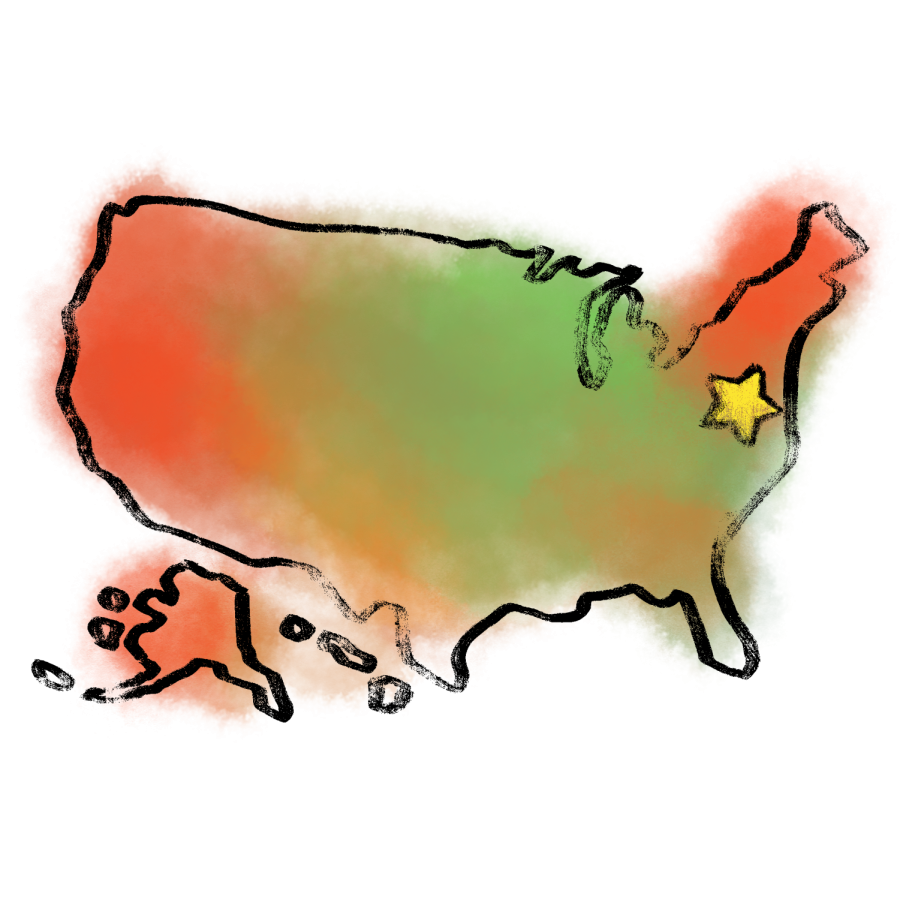 The passing of the infrastructure bill, a bipartisan plan allocating funds to the structural foundation of the country, is a major federal step towards addressing and reducing the impacts of climate change.

The $1 trillion bill passed on Nov. 15 includes funding for a variety of infrastructure components such as roads, bridges, wastewater treatment and transit. President Joe Biden announced it as a “framework that will create millions of jobs, grow the economy, invest in our nation and our people, turn the climate crisis into an opportunity, and put us on a path not only to compete, but to win the economic competition for the 21st century against China and every other major country in the world.”

AP Government teacher Ben Recktenwald believes that funding for climate change legislation trumps other aspects of the bill such as health care due to the severity and urgency of the issue.

“Health care won’t matter if everything is on fire,” Recktenwald said. “Good roads won’t matter if every time you build a road it gets so hot — over the summer, it got to 117 degrees in Portland, Oregon. The roads were literally just buckling because they were so hot; part of the asphalt was expanding and so the road would just crack open. If we repair all the stuff and everything gets damaged by heat and hurricanes, there’s no point.”

The bill originally had $198 billion apportioned to the development of clean energy and $67 billion to fund solar and other renewable energy sources. But after party debates on the cost and content stagnated progress of the bill’s passing, a compromise was formed, decreasing funding for the projects and producing a watered down version.

The passed bill will now allocate $46 billion to prepare for the worsening of climate-induced natural disasters such as floods and wildfires. This package includes fund money for flood control, relief funds, grants to homeowners with susceptible residencies and programs that help combat the effects of climate change. Although the bill will help alleviate the impacts of climate change, Senator Sheldon Whitehouse of Rhode Island, who voted for the passing of the bill, argues that there also needs to be funds directed towards the prevention of these events because “it’s not enough to just do repair work.”

Progressives agree and are also planning to take a proactive stance against climate change. The Build Back Better Plan, a democratic bill that’s expected to be “the largest effort to combat climate change in American history,” is a $1.75 trillion bill under Biden that intends to address the social provisions of the economy. The plan includes $555 billion dedicated to clean energy and climate. It aims to promote green energy by reducing the cost of installing solar panels as well as providing incentives to renewable energy industries. New projects will be funded such as a new Civilian Climate Corps, increasing employment opportunities as well as climate awareness.

The House of Representatives approved the bill on Nov 19, 2021 and sent it to the Senate where it’s expected to “undergo significant changes” in coming weeks. The Senate plans on voting sometime in the next few weeks.

When former President Donald Trump withdrew from the Paris Agreement, an international treaty formed to mitigate the effects of climate change, junior Kelly Tung, the founder of Youth Environmental Power Initiative, felt the country was “set back.” However, Biden’s presidency paired with his active campaign promises of achieving net-zero no later than 2050, leaves Tung hopeful that “[we’re] going a step in the right direction.”

Biden describes the importance of “transitioning away from the energy sources of the past,” in an email and has already ordered the Secretary of the Interior to halt oil and natural gas charters on domestic land. He also instructed federal agencies to deter from using fossil fuels if possible. However, Biden assures that they “will not abandon the communities that have kept our lights on and our heat running for generations,” a promise he plans on keeping through “investments to assist coal, oil, natural gas, and power plant communities as our Nation transitions to a green energy economy.”

“To meet the urgency of this moment, my Administration has set ambitious goals that will put climate change at the center of our domestic, national security, and foreign policy,” Biden said in an email. “We, as a Nation, [will] tackle the climate crisis with American jobs and ingenuity and lead the world by the power of our example.”

Still, Tung maintains the government is falling behind in its race to grapple with climate change. To Tung, the inability of the government to reach certain benchmark goals such as the prevention of a global temperature increase of two degrees Celsius is evident that “they’re not doing enough.”

Junior Philip Chui agrees and thinks the government is stalling in its regulatory action; although the bill is a “big step forward,” Chui thinks that regulating large corporations and implementing an aggressive taxation on fossil fuels is essential. Progressive leaders have proposed a carbon tax before, but continuous lobbying from the fossil fuel industry has repeatedly blocked it.

Due to the lack of initiative and minimal progress on a federal scale, sophomore Lindsey Tang feels the government is not truly aware of the magnitude of climate change as it has “been going on for such a long time and things are honestly getting worse everyday.” Similarly, Tung advocates for more action on the federal level.

“Climate change is definitely one of our biggest yet most overlooked issues,” Tung said. “I want to say [we] reached this point of no return; if we continue to harm the environment, if we don’t change our ways, if we don’t make new legislatures to prevent climate change from escalating even further, [then] we have no way to go back to a world with no global warming. I think this is a critical issue.”