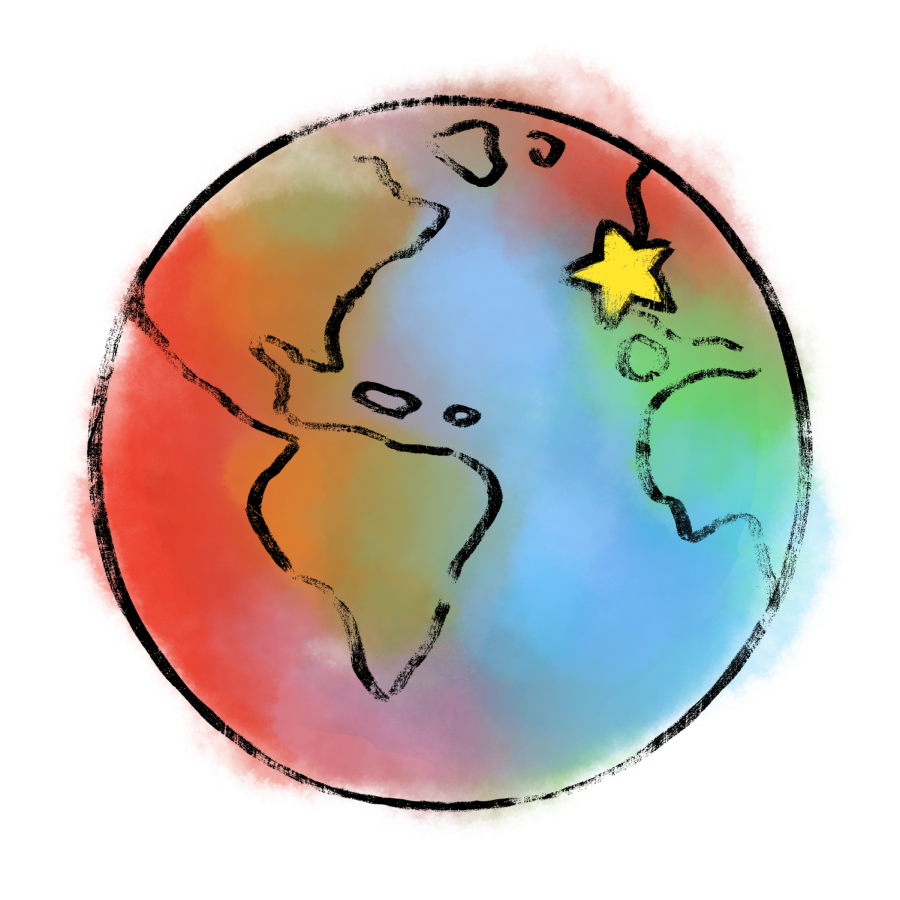 The 26th Conference of the Parties, or COP26, was held in Glasgow, Scotland from Oct. 31 to Nov. 12 of 2021 in order to address the pressing  issue of global warming and outline what nations should do to help fight it.

Since 1995, annual international COPs have been held to monitor the implementation of the United Nations Framework Convention on Climate Change, an international environmental treaty to combat climate change. Compared to other COPs, COP26 is extremely significant because it’s a test of the national determined contributions (NDC), which are climate agreements that are updated every five years, created in the 2015 COP21 in Paris, France.

During the conference this year, 100 world leaders and more than 20,000 delegates from over 100 countries attended the conference. With the ever-growing threat of climate change becoming more and more imminent, this conference had a sense of urgency to reach some sort of solution. After 13 days, a consensus was reached to reduce the increasing global temperature rate to an estimated 2.4 degrees Celsius, a goal that fell short of the conference’s initial goal to lower the temperature rate by 1.5 degrees Celsius. Lowering the temperature cap is plan to be achieved through a heavy decrease in methane emissions internationally.

However, senior Anita Chamraj explains that this conclusion isn’t enough. Chamraj has been an advocate for environmental conservation since her sophomore year and, as a member of the Young American Policy Advocates organization, she has spoken at the Lehigh Concrete board supervisor meetings.

“I think the intentions were good going into [COP26],” Chamraj said. “But I do think that it was ultimately more of a failure than it was a success, because scientists predicted before the conference that the global temperature would be raised to 2.7 degrees. We need to keep it below 1.5 [degrees], so that’s what the conference was for. But I think based on their estimates after the conference, it’ll only be 2.4 [degrees], which is still almost a degree more than where we need to be.”

Government teacher Hilary Barron agrees that, although the conference had positive intentions, it was difficult for the countries to achieve a solution that was both effective in fighting the climate crisis and appealing to all parties involved. Additionally, even if a treaty is passed, it is difficult to hold countries accountable for upholding the agreement because it’s not legally binding.

“This agreement on methane reduction….can be positive in reducing emissions,” Barron said. “[But] I think there’s a lot of factors. It’s really challenging to come to global consensus and agreement and then to properly execute those agreements.”

One country that proved to be difficult during negotiations was India, who made a last minute change to the coal regulation policies that were near implementation.

“I feel like certain countries with bigger populations didn’t want to minimize their reduction of coal,” Chamraj said. “I think that’s the reason why the whole conference was more of a failure than a success, because instead of phasing out coal use completely, I think India said, ‘change the wording to “phase down”’ at the last minute. And because everyone wanted to have a resolution and go home, that’s kind of a reason why the policies that are gonna be implemented are not as strong as they should be.”

While negotiations themselves were challenging, some countries chose not to attend COP26 altogether. Among them were Xi Jinping from China and Vladmir Putin from Russia, which both did not specify their reasons for not attending. Chamraj says that their absences are a major hit to the COP’s goals, especially because both are large countries with “sizeable populations.”

“We all need to work together if we want to mitigate the effects of the climate crisis and keep global warming from being 1.5 degrees or below,” Chamraj said. “I think they felt unrecognized for the contributions that they’ve been making, because they have been sizing down their pollution, but I guess not to the effect that the rest of the world wants to see. I think they didn’t come because they didn’t want to be bullied into doing something they didn’t want to do.”

Junior Maggie Yang, who is a part of MVHS’ Model United Nations club, says that China and Russia’s absences show their attitude towards the fight against climate change as a whole, especially because of both countries’ influential role towards global warming due to their great economic power and high carbon emission levels.

“I think Russia and China not attending might say something about their potential priorities,” Yang said. “I know not every country has climate change as a large priority. Some countries have different standpoints in terms of prioritizing the economy or prioritizing business and being able to maximize growth. And I think it’s interesting that those large countries didn’t attend but at the same time, it might say something about where they feel that they want to head towards next in terms of climate change.”

Chamraj agrees with Yang’s sentiment, adding  that the conference as a whole, including the countries that attended, ultimately failed in their goal of curbing the climate crisis. She hopes to see immediate action to improve the policies established at COP26.

“It’s definitely not enough to minimize the effects of the climate crisis,” Chamraj said. “I think we definitely need to do more because 2.4 degrees above global temperature is still way farther than what we need it to be, and that can cause catastrophic natural disasters. So I really hope that we get a redo or something within a year [of COP26] because we drastically need to reduce our reliance on coal and other natural gases.”

At the same time, Barron believes that there is reason to be optimistic about the change that current events will bring.

“I think it’s exciting to see….how there were hundreds of thousands of … protesters in Glasgow,” Barron said. “Slowly, we’re chipping away at the climate deniers. The more that we can actually see the effects of climate change…. the more we try to take small actions. I think about how [all of my students] are my hope for the future to try to come up [with]….the best technology for addressing these climate issues that we face.”