Examining the decrease among MVHS seniors 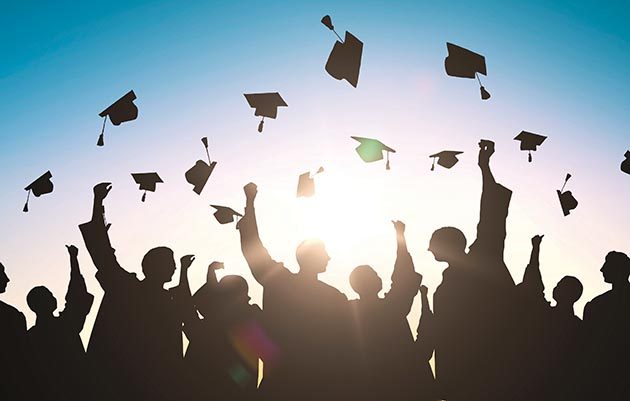 Students celebrate their graduation by throwing their hats.

The percentage of MVHS seniors applying for early action decreased 6% this year and dropped to 52% utilizing this option, according to data provided by Naviance. Early action is a college admission process that requires students to submit their application by an earlier deadline — often by Nov. 1 or 15 — instead of by the regular decision deadline, which usually falls from Jan. 1 to 15. Colleges also notify applicants of their decision between mid-Decem

ber to January instead of March. Students are able to EA to multiple colleges since the application is non binding – if they’re accepted, they don’t necessarily have to commit to the college.

The drop in early applicants this year brings the percentage of seniors applying EA down to 52%, the same percentage that it was before the pandemic. Junior Maggie Du believes the transition back to in-person learning meant that there was “less time for students to write their EA essays,” causing this drop.

Senior Atmaja Patil attributes the increase during the pandemic occurred because seniors used their free time to “take more initiative with their college apps and get ahead.” Nevertheless, she emphasizes her surprise at this year’s drop in early action applications due to the benefits of the process.

“I wouldn’t have anticipated [a] decrease because early action to me is not just a strategy to show colleges that you care,” Patil said. “Instead of everything [being due] in January, I can spread out the work.”

“I plan on applying [early action in my senior year],” Du said. “Early action is beneficial [because] it provides a better chance of getting into schools, but you can also get your result earlier, so you know if you’ve made it in early.”

Registrar Supriya Lawrence, who is responsible for providing documentation of students’ grades and class credits, believes that the increased acceptance rate pressures students to apply early.

“There’s that anxiety that if [students] apply regular, it won’t be given the same kind of merit or weight because [colleges] have already accepted so many students, and therefore the pool goes down,” Lawrence said.

Although Lawrence acknowledges that applying early is often less stressful for students who would rather finish college applications as soon as possible, she also believes applying by the regular deadline has its benefits too.

“By the time your colleges look at your regular decision application, they’re also looking at your first semester grades [for senior year],” Lawrence said. “And if you have taken challenging classes, [those classes could potentially] enhance your GPA. That gives you a better standing.”