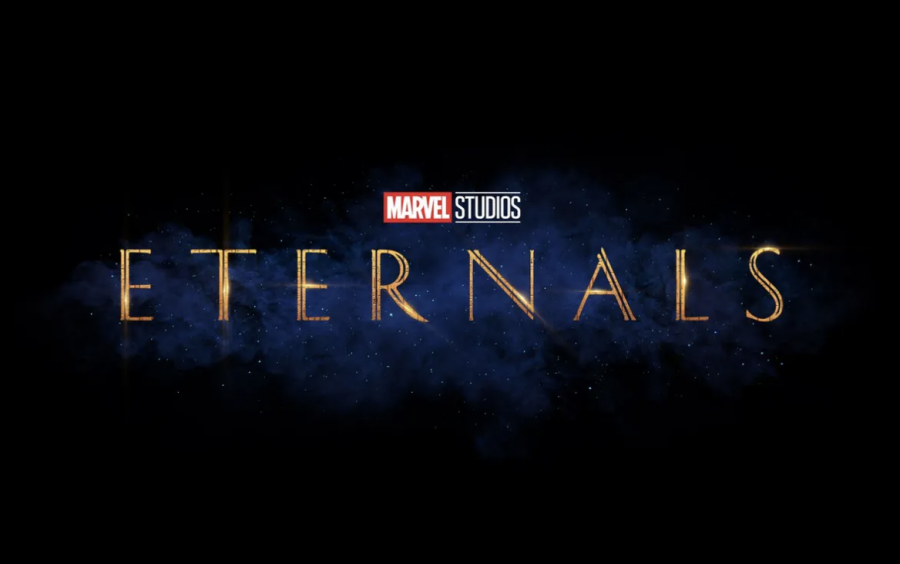 The "Eternals" teaser, the film was announced at the 2019 San Diego Comic-Con.

Fresh from winning both Best Director and Best Film for her film “Nomadland”, director Chloé Zhao entered the Marvel Cinematic Universe with no meager role: the director of Marvel’s “Eternals.” Released in theatres only on Nov. 4, “Eternals” boasts an ensemble cast including Angelina Jolie, Gemma Chan, Richard Madden and Kumail Nanjiani.

Based on the Marvel comic series of the same name, the movie focuses on the Eternals, a race of super-beings who are sent to Earth in the year 5000 BC by the god-like Celestial called Arishem, in order to protect humans from monsters called the Deviants. The Celestials are the creators of the universe, with their existence predating the Big Bang. After defeating the Deviants once, the Eternals split apart due to moral differences. They each lead their own lives until the Deviants mysteriously return, forcing them to reconcile and fight the threat to the human race.

Each Eternal has a unique set of characteristics and abilities, ranging from Ikaris’s laser eyes to Sersi’s matter transmutation abilities. The action sequences are tightly choreographed and perfectly combine CGI elements such as Ikaris’s flying abilities with the hand-to-hand combat of Thena and Gilgamesh.

Zhao’s beautiful visual storytelling greatly contributes to the audience’s understanding of the relationships between protagonists and scale of the conflict. For example, in a sequence where Sersi talks to Arishem, his massive size is put into context through the asteroids and debris circling him like they do with planets. As the group comes together to fight the Deviants, each character is easily distinguishable through their signature costume designs and color schemes, while also maintaining cohesion between them through the spirals and loops of their magic.

Fantastic visuals are complemented by an enthralling soundtrack — German composer Ramin Djawadi returns to the MCU after previously having worked on Iron Man (2008), and his score elevates scenes through music that not only matches tone but also the setting. Wind instrumentation and vocal additions give the Eternals an angelic feel in the opening as they descend upon mankind, while deep bass notes are heard in scenes that include Arishem, emphasizing his vastness and power.

However, despite the breathtaking cinematography, the plot attempts to follow each and every character’s life throughout history leading up to the present, contributing to a convoluted storyline. Due to Zhao being tasked with covering a 7000-year time span, the movie contains a large amount of exposition that is mostly relayed through dialogue rather than action.

The film also runs into a problem common in superhero flicks such as “Justice League” or “Suicide Squad.” With a main cast of multiple characters that all need their own backstory, there are multiple flashbacks and time jumps which cause an unnecessary amount of confusion and loss of momentum in the primary plot. Just as the threat of the Deviants reaches its cusp and the story seems to be climbing towards a climax, all advancement is stopped to instead jump back in time to establish the divide between the Eternals, a jarring change that ruins the excitement of the conclusion.

Though the disjointedness of the character backstories and the actual plot of “Eternals” are the film’s greatest pitfall, the characters individually are the highlight of the film, especially when they face the more humane side of their existence and battle their own emotions. Because they are instructed not to interfere in human conflicts, seeing Druig violate this principle and act against the rest of the group is not only fascinating but one of the strongest scenes in the movie. Watching Phastos lose his faith in humanity but gain it back through a human relationship is beguiling and raises the already cosmic stakes. And with the characters confirmed to join the Marvel Cinematic Universe and appear in future movies, the dynamics between characters and the larger universe has much time to be further fleshed out.

Ultimately, Chloé Zhao’s “Eternals” has awe-inspiring visuals and an excellent soundtrack. In terms of plot, while the artistic talent is ever-present in the background and actors give consistently good performances, “Eternals” doesn’t have the emotional pay off the whole movie seems to be leading towards, making it a messy clutter of muddled character moments that follow a loosely tied plot.