The Matadors lose with a final score of 3-2 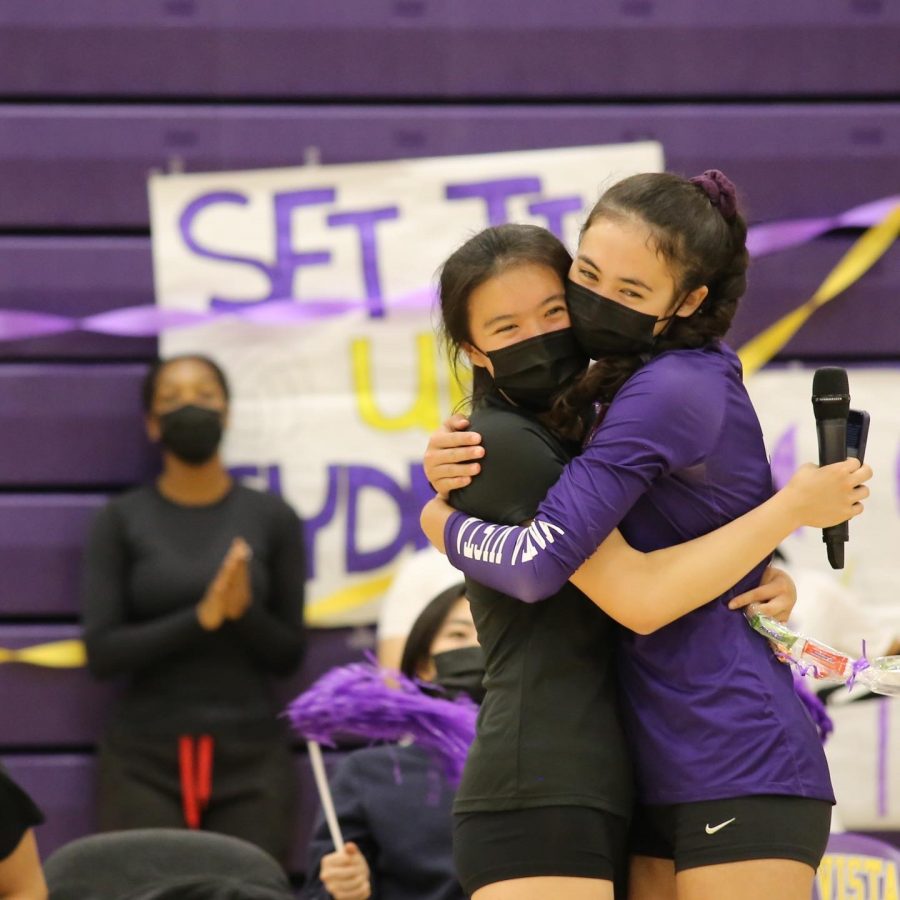 Junior Sydney Su and senior Marissa Jensen embrace in a tight hug. The four seniors were given speeches and gifts from the juniors before the start of the game.

In their final home game of the league season and in need of a victory in order to qualify for CCS, the Matadors faced off against Los Altos High School for one of their final matchups of the season.

Both teams won their previous games against Homestead High School and looked to begin a winning streak. In the first set, LAHS outperformed MVHS, cruising to a 25-13 win against the Matadors. LAHS senior Emma Symon led the way for her team, getting numerous kills out of the middle over the smaller MVHS blockers.

In the second set, senior Marissa Jensen began to hinder Symon’s performance with an emphatic block. Along with aggressive serving and using tool swings and tips, the Matadors were able to take the second and third sets, leading the game 2-1 — just one set win away from defeating the number two team in the division.

“Because [Symon] is significantly taller than most of the players on our team, she was definitely someone that we wanted to prioritize blocking,” Jensen said. “Although it did take a couple of tries, we ended up getting a really solid block on her and we could see [our efforts reflected] in her mistakes in the fifth set.”

However, LAHS would not lose without a fight, winning a back and forth nail-biting fourth set and sending the game into a decisive fifth set. According to senior Lia Vorthmann, the Matadors had made numerous unforced errors in the fifth set and “had trouble adjusting” to serves and stepping forward for the short serves,” causing their defeat. MVHS fell behind 14-9 — despite having a timeout to spare, the team lost the decisive game point, ending their senior night with a 3-2 defeat by LAHS.

“Overall, it’s sad to see the season ending, but at the same time, there’s so much more that I can see this team doing especially in the future,” Jensen said. “And even though we are all graduating, it’s not necessarily [a] goodbye. We can always come back next year.”