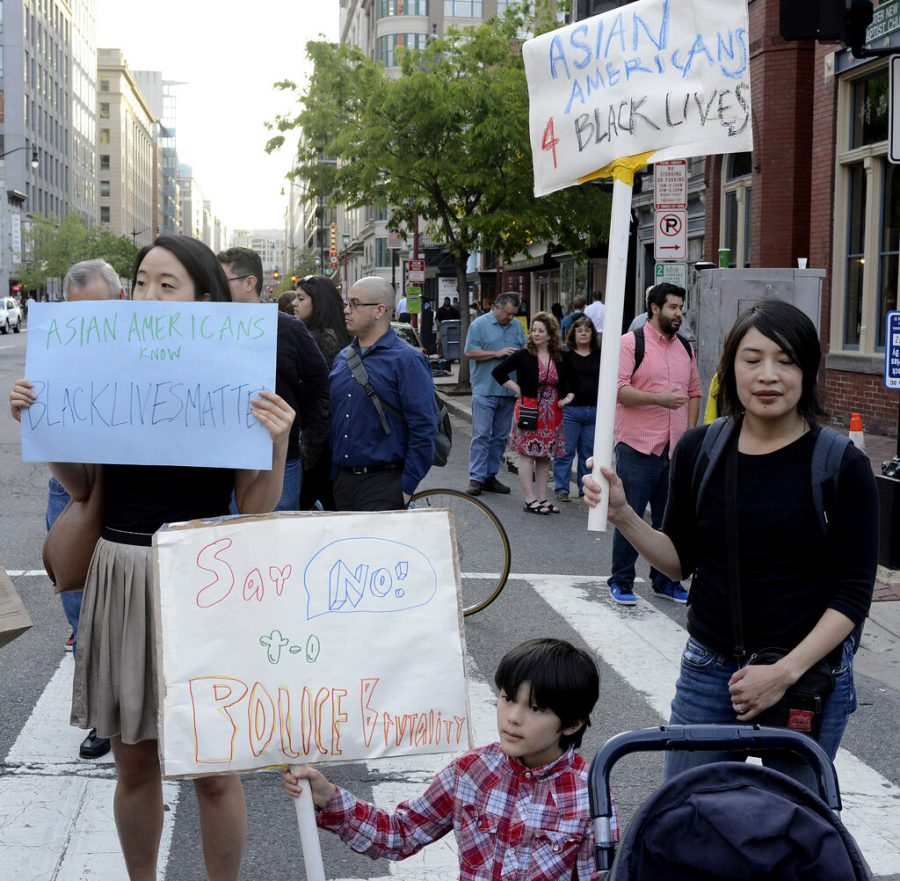 Asian and Black communities must come together to combat racism | Licensed under CC BY-SA 2.0

On Feb. 3, a Filipino man was slashed in the face by a knife in a New York subway, and despite calls for help, did not receive assistance from bystanders. The following day, ABC News reported a case where an elderly Chinese man died after being pushed to the ground in Oakland. And these two incidents are not isolated events.

The recent surge in hate crimes against Asians can be tied to the racist rhetoric surrounding COVID-19 in the United States, according to an article by the BBC. During the early stages of the pandemic, many influential figures such as former president Donald Trump used this racist rhetoric, such as while referring to COVID-19 as the “kung-flu.” He encouraged his supporters to blame Asian Americans for the pandemic, thus playing a role in fostering public hate against them. Because the virus was first identified and likely originated from Wuhan, China, public anger about the pandemic has, in some cases, manifested in the form of hate crimes toward Chinese-Americans and other Asian Americans.

Due to the rising number of hate crimes against Asian Americans, the StopAAPIHate movement was created to spread awareness and mitigate the hate against Asian communities. This movement has similarities with the Black Lives Matter movement, which was formed to combat the discrimination and systemic racism faced by Black people in the U.S. Both movements share similar goals — stand in solidarity against white supremacy and seek justice and prevention against racism.

However, the tensions and conflicts between the Black and Asian American communities have also risen during the pandemic, and this is not a new phenomenon. According to Vox, part of the conflict stems from and dates back to the Korean and Vietnam war, where U.S. citizens witnessed soldiers being killed by Asians in the war. Tensions further escalated when Black Americans and Hispanics rioted in a Koreatown located in Los Angeles during a protest regarding Rodney King’s murder. Gunfights occurred between Korean shop owners and the rioters, leading to many casualties.

Additionally, stereotypes such as the concept of the Model Minority Myth serve as a catalyst for pitting minority groups against each other, which then upholds white supremacy. According to an NPR article, the Model Minority Myth perpetuates the harmful “idea that black failure and Asian success cannot be explained by inequities and racism, and that they are one and the same,” which “allows a segment of white America to avoid any responsibility for addressing racism or the damage it continues to inflict”. Asian Americans are often described as hard working and therefore, successful. While this stereotype is seemingly complimentary, it actually downplays the discrimination and struggles that many Asian Americans face and further degrades Black people by implying that their lack of success is caused by their insufficiencies and completely disregards the presence of systemic racism.

Not only do these stereotypes cause tensions between the two races, but their presence in the media exacerbates this issue of racial triangulation. In order to combat these biases, it is essential that people educate themselves and challenge these stereotypes.

It is important for both communities to embrace diversity. Especially in MVHS, students can take part in anti-racism activities — actually pay attention during the Black History month Advisory and continue education and advocacy beyond that — and bring awareness to and challenge the mentions of stereotypes within our own community. Additionally, phrases such as “MV is not diverse” or “Asian Americans at MV are so smart” must be avoided because it is important to recognize and value the differences and diversity within the Asian American community.

By actively choosing to be anti-racist, strong relationships between the Asian American and Black communities are more than possible. Despite rising conflicts, recent instances of the two communities helping each other have emerged. According to the Brookings, nearly 11% of the Black Lives Matter protesters are Asian Americans, and a large number of Black Americans are also participating in the anti-Asian violence protests in Minneapolis. Furthermore, projects such as the Letters for Black Lives were arranged by the Asian community to help Asian Americans understand BLM in their native languages.

Conflicts between races and groups of people are ingrained within the history of the U.S. And fighting against racism and seeking justice needs to be persistent, ongoing and intersectional.