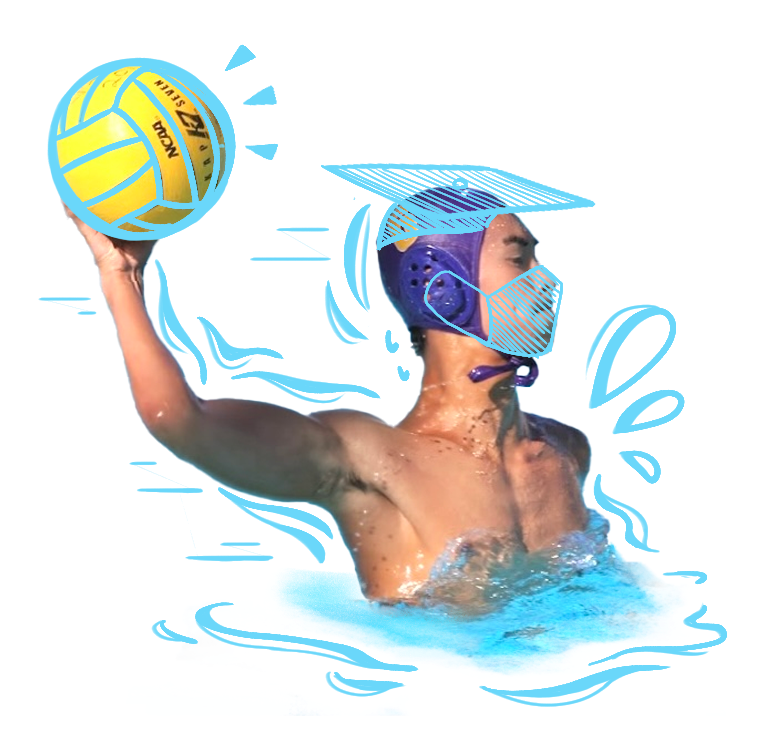 To say that senior and varsity water polo player Jeff Shen saw itcomingwould be an understatement. As fifth graders, the class of 2021 were precluded from the annual field trip to Mission Springs for Science Camp and in eighth grade, plans to spend a week at Yosemite National Park were thwarted mid bus ride by a rogue tree that fell on a cabin. By senior year,  Shen was positive that “something bad” would take place.

On March 13, 2020, MVHS administrators made the announcement that students and staff would spend the next three weeks at home due to safety concerns about the COVID-19 pandemic. In the weeks that followed, monthly announcements continued, stating that the time spent online would be extended, until finally, Principal Ben Clausnitzer announced that the rest of the school year would be done via distance learning. However, even before students shifted to an online learning model, school sports seasons had faced cancellations — starting with indoor sports and then shifting to outdoor ones as well. Nearly a year later and after many extended dates of return, sports seasons restarted, this time with strict guidelines, forcing athletes to give up their old traditions and interactions in order to create a safer environment.

According to Shen, some of the most anticipated moments in an athlete’s senior year include senior night and banquets. After the last game of the season, the underclassmen bid their farewells to the seniors and celebrate one last event together. For Shen, these moments have been something he has looked forward to since his freshman year.

“[The best memories I had] would definitely be pasta feeds [and] senior night, where [we would celebrate the] seniors [who were] leaving,” Shen said. “It was always a fun experience as well. [At the] end of the season, we’d have a banquet, but we probably won’t have one this year.”

Similarly to Shen, senior and Varsity water polo player Christy Feng also experienced disappointments — like Shen, Feng had looked forward to her senior night since freshman year. This year, however, not only was senior night cancelled, but the pandemic also greatly impacted her team’s gameplay.

“We might actually not play half of the games in our season because some of my [teammates] aren’t comfortable with playing against teams that haven’t been tested,” Feng said. “[Though now most teams do, in the beginning of the season] about half of the teams in our league do not mandate testing like our district does, which is really unfortunate because I was really looking forward to having a great senior season. We also can’t play with the [boys’] team [since we would scrimmage] against them [during] practice and offseason. It’s a little disappointing but I’m looking at the bright side and making the most of it.”

Along with traditions like senior night, senior and varsity soccer player Skylar Ploshay had “always loved”traditions specific to the soccer team, especially the sleepovers, dinners and the Secret Sister activity, a gift exchanging game similar to Secret Santa. But due to a shortened season and COVID-19 restrictions, her team was unable to participate in those traditions this year. With these struggles, whether it was for the inability to wear team apparel around campus or the lack of participants at team Zoom workouts, Ploshay thought, “What’s the point?” Though more people attended the online workouts as the season progressed, Ploshay believes that they did not prepare them for the season.

“[The Zoom workouts were] crazy in the sense that it wasn’t like soccer — it’s not what we signed up for and it was definitely tricky,” Ploshay said. “I hadn’t played soccer for over a year [and] a bunch of other teammates hadn’t either, so it was really hard to get us prepared for our season through Zoom. We couldn’t really do it because no one’s gonna go — I know I didn’t and I know a lot of the teammates didn’t either — and work out by themselves. It’s the fun part of soccer, doing it all together with your team and stuff and we didn’t get that.”

While Ploshay’s team struggled with lack of participants online, senior and captain of the varsity football team Shreyas Deshpande discovered the disappointment that came with the instability of their season. After going back in-person, Deshpande recalls that the team was “thrown into” practices and conditioning at “full speed.” In previous years, they would have spring and summer practices and time during the actual fall sports season to refine skills and adapt to the opponents as the season progresses. But with only a few weeks of practice before the games started, it felt as if there was not much time to prepare. Additionally, the team was only able to play three out of the 10 scheduled games in the season due to players that caught COVID-19.

“It was a roller coaster,” Deshpande said. “We didn’t know if we were going to have a season, it was just on and off, like the athletic director would say, ‘It’s looking good to start next week.’ But then the next week, it would be another week delay and then we didn’t know if we would ever get a season or if we would keep dragging on like that … so just [continuing to] practice for months on end without knowing if our efforts will ever mean anything was kind of disheartening, but in the end we did get a season and for that I am really grateful.”

Deshpande also found it upsetting that he wasn’t able to make the most out of this season. Being the captain of the team, he wishes that he could have led his team in trying to improve their performance during each game, as the longevity of their season was unpredictable due to the constant presence of a player potentially testing positive for COVID-19.

“I could have worked harder, [I could] have practiced as if there was no tomorrow because we ended up not having a lot of [games],” Deshpande said. “It sort of opened my eyes to what I [had] left on the field, [and where] I could have stepped up and finished through a couple of plays. [I could have] practice harder [and] worked out more, gotten stronger [and] gotten quicker.”

Despite the shortcomings of this year, many seniors found silver linings in what they could not have previously done pre-pandemic. Feng notes how previously she had quit cross country, as it had overlapped with water polo, both being fall sports. Yet this year, cross country and water polo were in two different seasons, allowing Feng to rediscover her passion for long distance running.

As for the future of MV athletics, Deshpande feels hopeful, especially for the football team. In past years, the football team has had trouble gauging the interest of new athletes. This year, however, Desphande mentions that there seem to be several new, enthusiastic freshmen who joined the football team that have the potential to rebuild.

For Ploshay, this year was one where she had to put aside ambitions and alter her mindset to one that was less competitive, but she says these changes in how she viewed sports didn’t stop her from making the most of the situation and being thankful for her teammates.

“I know [that because of] coaches and peer pressure, everyone makes it seem like you need to be the best at your sport, especially in high school otherwise, what’s the point?” Ploshay said. “But most of us are not going to play [in the future]. If you are that’s great, you’d stay on it and you keep going, but [remember to] have a good time and enjoy your teammates. This is literally only four years and it goes by so fast, so enjoy what you got and just have a good time.”