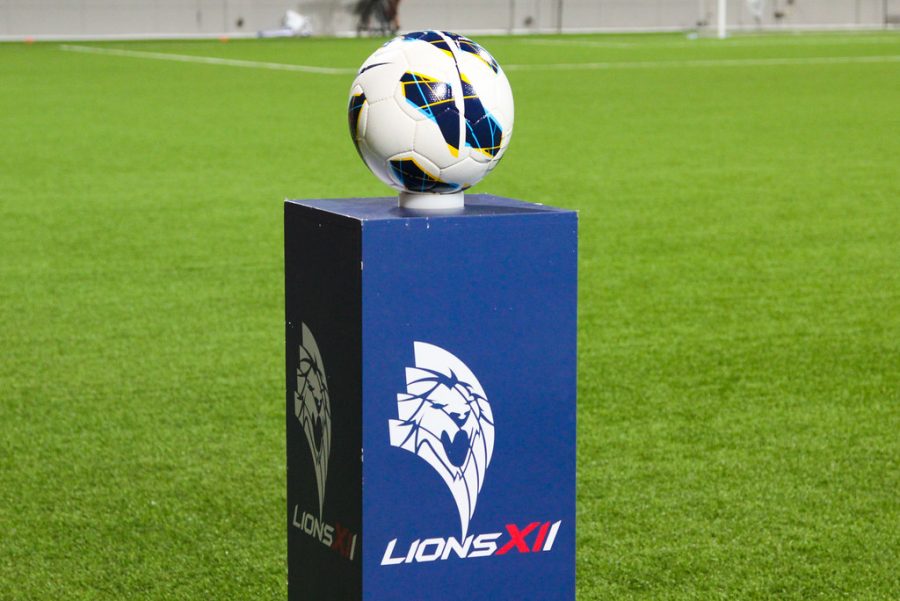 On April 18, the creation of the European Super League (ESL) was announced but collapsed just 48 hours later due to the massive amount of backlash it received. The soccer league, which only consisted of 12 teams at the time, was designed to be made up of 15 Founding Clubs — considered to be the best soccer teams in all of Europe — as well as an additional five new teams, which would be redetermined each year based on every team’s performance that season.

When junior Ben Richardson first heard the news on Instagram, he thought it would be a “cool idea” to see so many big name teams come together. However, after reading the extensive number of comments under each post, he began to side with the opposition, by reason that there would be no real stakes at risk or competition to follow.

Like Richardson, junior Edin Kraja also learned about the creation of the ESL through Instagram. His first thought about the ESL was that it was “a garbage idea” and felt that it would turn the entire concept of European soccer into something “incredibly boring” since the games would be between the same 20 teams each week.

“There’s no real excitement since it’s oversaturated with good teams,” Kraja said. “Take Messi and Ronaldo, for example, there is so much excitement when they play against each other for the first time in four years — everybody goes wild. It wouldn’t be as exciting to watch Messi and Ronaldo play each other every other Tuesday.”

Junior Mikey Tzankov adds that the main reason why fans get so excited for certain games is because of how rare they are. Part of the thrill of watching European soccer, he explains, comes from watching a lesser known team beat a well-known team. This kind of situation, however, would not be possible with the creation of the Super League due to the fact that smaller teams have no chance of joining the league, destroying the possibility of promotion and relegation. This issue is what brings up the argument of the rich clubs getting richer and the poor clubs getting poorer, something that Tzankov and millions of fans despise.

A young Liverpool fan makes his voice heard on plans for a Super League. pic.twitter.com/ECXqlWjefl

In an attempt to counter the creation of the ESL and discourage teams from joining, the president of the Union of European Football Associations (UEFA), Aleksander Ceferin, made the following statement on April 18, just hours after the ESL was declared:

“As previously announced by FIFA and the six Federations, the clubs concerned will be banned from playing in any other competition at domestic, European or world level, and their players could be denied the opportunity to represent their national teams.”

Although Richardson does not support the creation of the ESL, he disagrees with UEFA’s statement and believes taking away these privileges is detrimental for both soccer fans and players.

“I could understand that playing in the Premier League would overlap with [the ESL] but being able to play in the World Cup is completely different,” Richardson said. “It’s really unfair because the World Cup is a huge thing that [fans] look forward to every four years — [fans] are super passionate and [connected] to their [countries during that time]. Taking that away is a huge insult to the game.”

The fans are united in their fight back against the European Super League. pic.twitter.com/iFRSBGXvZu

Both the statement from UEFA and the overwhelming opposition from fans are what Tzankov believes ultimately led to the quick downfall of the ESL. Part of the reason why the ESL was created was to compensate for the financial loss that many teams faced as a result of the COVID-19 pandemic and by giving fans what Real Madrid President Florentino Perez describes as “big-name matches,” the ESL was hoping to increase their revenue. Tzankov expresses that an act fueled by “solely money” would rightfully disappoint fans and that it wouldn’t end well since soccer is “nothing without its fans.”

Kraja shares this viewpoint and voices that when it comes to making a change in the system, the priority should be placed on what the fans and players want. For this instance in particular, he emphasizes the difficult conditions players within the league will have to face, being that the ESL requires them to play weekly games with little to no breaks to rest or see their families.

Although many teams have dropped out of the ESL, the true status of the league remains unclear. While Perez stated in an interview with Cadena Ser that the ESL is on “standby,” whether or not they are attempting to rebrand or rebuild is unknown. Considering the fact that the ESL was in the making for three years before going public, Tzankov suggests that the ESL may go silent for some time before re-emerging. As of now, however, the UEFA is in talks with the teams that have left the ESL to negotiate an agreement that guarantees a clear commitment to renounce any association with the ESL.