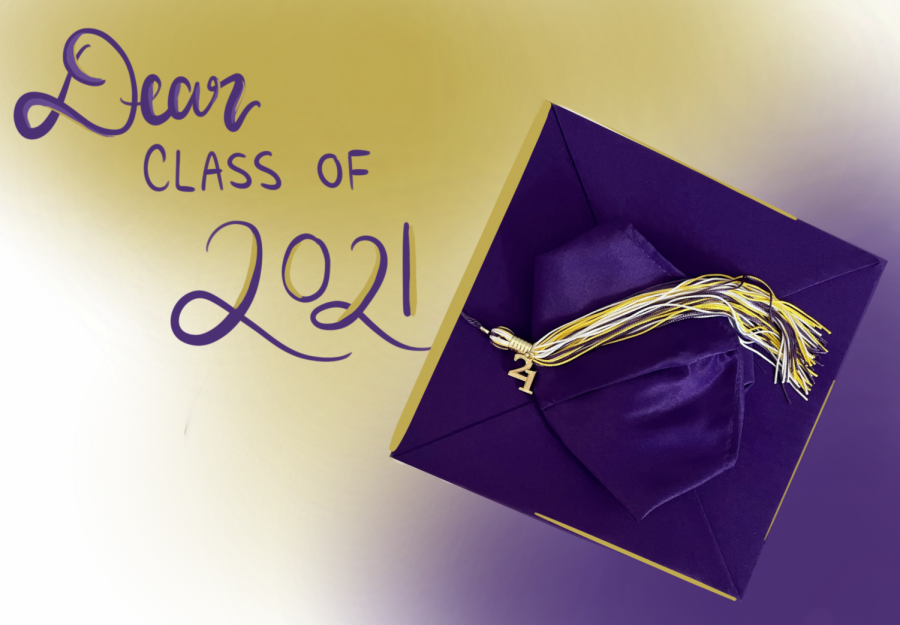 It felt like we were buying concert tickets on Monday.

Except instead of a concert, we were signing up for one of six graduation slots: 10:30 to 11:30 a.m. or 4:30 to 5:30 p.m. on Tuesday, Wednesday or Thursday during the first week of June. I don’t know if any of us are willing to admit it (we are slightly pretentious teenagers that tend to act like not caring is cool), but this felt just as important, if not more, than a concert ticket.

As the sign-up time approached, friend groups sent each other anxious texts — the usual SJSLDJSKSNSLSSJSKs — or nervously stared at each other on FaceTime, with someone inevitably calling out the time at intervals.

As soon as the clock turned to 4 p.m., everyone scrambled to get their top choice graduation slot.

Why is it asking for my address? OMG I’m being too slow! Guys hurry up, it’s almost full!

And as soon as the clock struck 4:03 p.m., the most coveted graduation slot — Thursday, June 7 from 4 to 5:30 p.m. (the last one felt like the finale!) was full. Some people let out sighs of relief, assured they would be graduating with their friends, while others seethed with frustration.

Regardless of whichever one of those groups we belonged to, most of us felt a little sheepish. We all awkwardly toned it down, pretended to care less than we really did. This was a little dramatic, wasn’t it? We’re seniors and mere months away from moving out — surely it was embarrassing to care this much about graduation, wasn’t it?

Yet when minutes later, posts offering to sell or trade graduation slots emerged on social media, the facade of not caring slipped away.

And sure, this entire ordeal seems a little alarming, a little crazy and kind of funny, but perhaps most of all, expected. We cared, of course we cared. We — the Class of 2021 — didn’t get a senior year that was even remotely (ha) traditional. Hopes dissipated as the school year began with no return to in-person school in sight. Some of us snatched at the silver linings and recreated traditions — we watched the sun creep up at dawn, the pink and yellow rays warming our skin. It wasn’t the football field, it wasn’t all of us, but it was better than nothing. We went through the rest of this school year in a similar fashion, trying to stay connected and grasp at silver linings. College application season was perhaps a little less toxic than it normally is; after all, malicious whispers don’t reverberate as easily through Zoom than they do in hallways and classrooms. We kept trudging ahead —  we received college decisions, decided where to head next year, celebrated our friends on social media, validated their successes in whatever way possible.

We became so used to being apart that sometimes it became hard to remember what it felt like to be together, at least physically. An optional return to school on April 19 offered some semblance of normalcy, but with most of us choosing to stay home, it wasn’t the same, not really.

When an in-person graduation was announced, some of us weren’t even sure it was real. We were actually going to get a graduation?

It feels like we graduated in March of 2020. Most (if not all) of us have lost touch with some people; classmates we would wave to in hallways, acquaintances that we bonded with in the library while loudly cramming for that one class and friends whose texts and calls have become more infrequent than both of us ever imagined they would be.

And even our in-person graduation won’t happen with all of us there — you’re supposed to graduate with your entire class, not a sixth of it.

That’s not anyone’s fault, really. An unforeseen pandemic caught everyone off guard, and criticizing administration for not giving every single senior their top preference for a graduation time seems pointless. For four years, I’ve never shied away from criticizing MVHS as a whole, as well as critiquing our grade’s fixation on test scores or occasional lack of self-awareness when it comes to recognizing our privileged bubbles (a little hypocritical, I will say). But Class of 2021, I’m sorry that our first in-person, senior tradition is going to be graduation. The tradition where we say goodbye.

Graduation isn’t going to be perfect, but at least it’s going to happen. And maybe our signing up frenzy wasn’t bizarre, it was our roundabout way of saying we’ve missed, we miss, each other.

Class of 2021, I’m excited to reunite and to say goodbye — a proper goodbye, not one that’s a  pandemic byproduct — this June. Let’s make the most of our very last month of high school.

See you at graduation,