Analyzing the impacts of adopting a hybrid, in-person instructional model 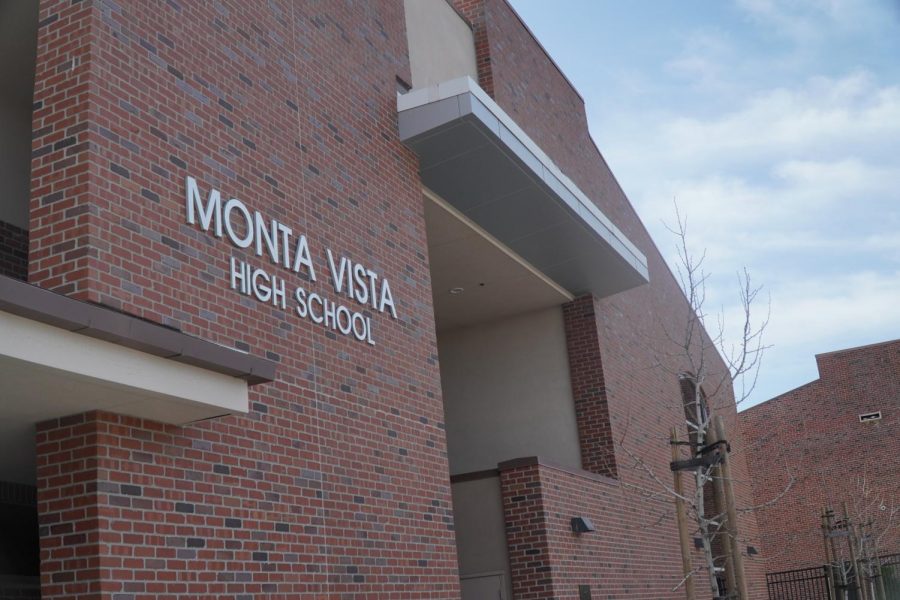 The exterior of the MVHS campus

During his first month in office, President Joe Biden, aiming to return to pre-pandemic life by Christmas of 2021, began to implement significant changes to combat the COVID-19 pandemic — which includes reopening schools as soon as safely possible.

Talks of reopening the CUSD elementary and middle schools as well as FUHSD high schools started to circulate more frequently after Calif. Gov. Gavin Newsom announced on March 1 that schools reopening would receive grants to curb costs. On March 8, FUHSD hosted a Parent & Community webinar that discussed a potential return to in-person learning in upcoming weeks. The following day, the district’s administration sent out an email explaining that schools would adopt a hybrid model and offer an in-person option for students starting April 19.

The turnaround time for this decision was swift — it happened less than a week after Newsom’s announcement. And considering the district’s previous conservative approach towards reopening, it seems that the decision was motivated by Newsom’s promised funding, rather than the well-being and safety of students and staff.

Santa Clara County is currently in the Orange Tier, which signals that schools may reopen based on state and county guidelines. But at the start of the school year, the county was in the Red Tier for 15 days, which meant the district had the choice to implement hybrid learning. However, they decided against it, citing logistical and safety concerns in an email to the community on Sept. 24. Yet the county had moved from the Purple Tier into the Red Tier only five days prior to the March 8 webinar. Certainly, the present situation is significantly different — people are now eligible for a COVID-19 vaccine. However, the county reported 1,604 total COVID-19 cases from March 16 to 29, and the situation has not evolved enough to warrant the district’s complete shift in stance. Currently, the district is negotiating with the Fremont Education Association (FEA), the teacher’s union, but the decision to return to school has been finalized.

In the days that followed the March 8 webinar, the district said that the safety protocols aim to have 12-14 students per classroom, meaning there would be a rotational group schedule in which students would attend school two days a week. However, new CDC guidelines released on March 19 stating that desks can be three feet apart instead of six added another wrench into the situation.

As of Feb. 25, approximately 20% of students are back on the MVHS campus and are meeting in cohorts for athletics, drama and other academic programs. But hybrid learning would give all students the choice to return to school in-person, and as a subsequent FUHSD Parent & Community webinar on March 18 explained, COVID-19 safety guidelines would be enforced, guidelines including social distancing, wearing masks, having a daily symptom checker and reporting and contact tracing. This webinar also clarified that in-person students will still be on Zoom, which begs the question of why the hybrid model is even happening.

Moving to this hybrid model, especially with an abrupt notice and quick transition, is accompanied by harmful consequences. There are multiple potential safety issues, and despite the promised precautions, the limited time frame raises concerns — the school will have to create and implement safety measures and protocols within a month before students and staff return to campus.

In addition, with hybrid learning beginning on April 19, there will only be six weeks remaining in the current school year. This will inevitably arrive with many changes, and quickly adapting to a different learning environment will prove demanding. For instance, all FUHSD schools are currently still under construction or being renovated, and the logistics of assigning classrooms is difficult — many teachers will need to share classrooms, which seems like a contradiction to the promised safety measures, and a choice that many teachers and students will be uncomfortable with.

Additionally, for the staff, adjusting to hybrid teaching will present yet another steep learning curve. Teachers will have to juggle both online and in-person students, and their attention will undoubtedly be split. Despite assurance that the content will be the same, Superintendent Polly Bove said at the March 8 webinar that they “cannot promise that there’s going to be the same kind of concentrated effort that there’s been on Zoom.”

Although teachers will face the brunt of the logistical challenges of a hybrid model, the teacher perspective on this decision seems absent. A March 18 webinar slide read that teachers were eager to return to in-person work, but the closed-door discussions within the union about at-risk individuals or those who had second vaccination appointments cancelled went unmentioned. It seems as though the district is making decisions motivated by funding, but disregarding the voices of teachers and how they feel about returning. And although the district has given teachers the opportunity to communicate with one another about hybrid learning, teacher opinions on the hybrid model itself seem absent. If the district intends on carrying out its plans, it’s necessary that they receive additional information and feedback from teachers.

For many, however, returning to school and some semblance of normalcy is a much-needed option. From mental health benefits due to more in-person social interactions to an increase in productivity by being in an environment outside of their homes, many students and staff are anticipating this return to in-person school. March 13 marked a full year since the implementation of distance learning, and the MVHS community undoubtedly misses being together.

But to what extent do the associated stresses and risks outweigh these silver linings?

In more ways than one, hybrid learning does not seem like the right path for the district to take. The issue, however, is multifaceted, and should be addressed from a variety of perspectives, including students, parents and teachers. The switch to hybrid seems drastic, yet in-person experiences would benefit the community and creative alternatives should be considered and pursued. The prospect of returning to school is not a black-and-white blame game, and should not be treated as such, but making the transition with caution is critical.

Distance learning has improved immensely over the past school year, and our community has demonstrated remarkable levels of resilience and adaptability. The eagerness to return to normalcy is valid, but it seems foolhardy to become complacent and possibly upend our community’s progress when it comes to reducing the number of COVID-19 cases.

The district administration needs to rethink its decision — is this worth it?