The dangers of gatekeeping 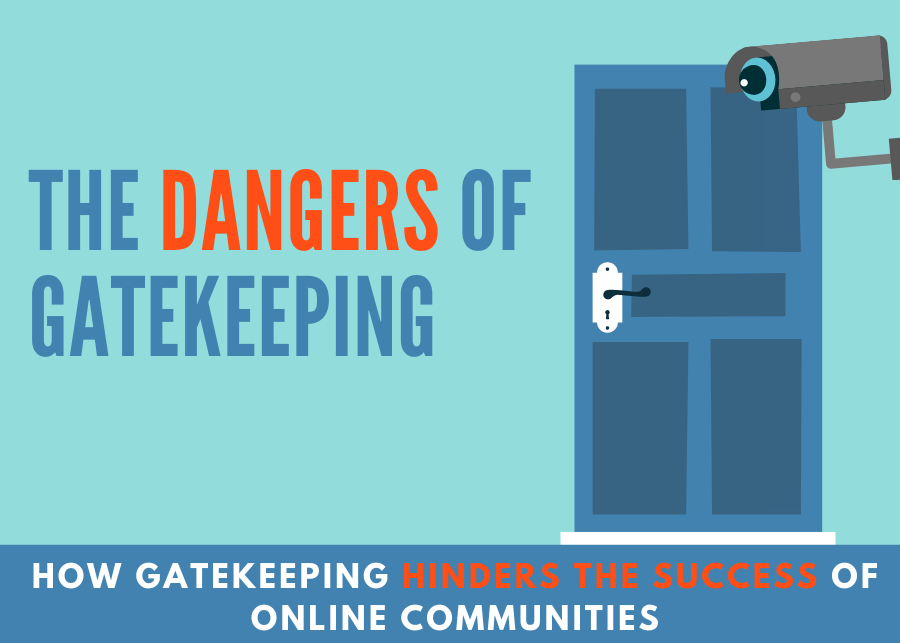 This sentiment towards mobile gamers, particularly mobile esports players, is common in the esports community, highlighting the even more prominent issue of gatekeeping in many up-and-coming online communities. Gatekeeping, in this context, refers to when a self-appointed authority limits access or entry into a community based on their own judgement.

The tweet above gives us a concise example of what harmful social gatekeeping can look like. In the field of video games and esports, it can be seen through the gatekeeping of the esports space against mobile games by individual members of the greater esports community.

While esports is a relatively new industry, there are still a few distinct leading regions — North America, Europe, South Korea and China, in particular, have successfully asserted their dominance over other regions in several major esports.

This dominance can be attributed to these regions’ relatively developed infrastructures, where access to speedy internet and inexpensive personal computers is widespread. This in turn allows for the development of a culture accepting and even encouraging pursuing professional gaming as a career, since the population is familiar with professional esports.

In a top-heavy scene where a select few regions have significantly more developed infrastructure and access to resources, it can be hard for newer regions to catch up. In this sense, mobile gaming is the great equalizer in the field of esports.

Because phones are more accessible than the high-end gaming computers required to run most professional PC esports titles, and mobile games can be played to higher degrees of success on poor internet connections, regions without more developed infrastructure or access to resources can still perform well in the industry. Not to mention, hosting tournaments for top competitors to show off their skills is much cheaper due to the lowered cost of required equipment.

The effects of an esports scene with a lower monetary barrier to entry for potential players are clearly seen when comparing the top contenders in both the mobile and PC scenes for some of the most popular esports titles. In PC esports titles “Counter-Strike: Global Offensive” and “League of Legends,” the top teams are densely clustered in Europe, East Asia or North America, areas that the “League of Legends’” franchise league system has designated as “major regions.”

In comparison, in popular mobile esports titles “PUBG Mobile” and “Clash Royale,” contenders from outside the aforementioned dominant regions are ranked near the top, with teams from Latin America, Southeast Asia and Japan being far more competitive in these titles than in their corresponding PC titles.

Despite mobile esports’ potential merits, such as increased participation of regions underrepresented in PC gaming titles, a sizable number of individuals within the greater esports community question the legitimacy of mobile esports.

Take, for example, the Twitter user mentioned at the beginning of this story, @intwins_, who expressed joy when the Indian government temporarily banned “PUBG Mobile” in September of 2020. The user takes issue with professional “PUBG Mobile” players being classified as “professional gamers” because the game supposedly “takes less skill.” Elsewhere in the thread, users antagonize mobile gaming as being damaging to PC gaming in India, failing to realize the positive, equalizing impact that mobile gaming has on esports as a whole. Throughout the esports community, many share the same sentiment.

However, from the eyes of the general public, few can tell the differences between professional mobile and PC gaming, and seeing an esport succeed financially on a global scale regardless of the platform it is played on is ultimately a win for the industry. It legitimizes the industry as both being able to sustain stable careers and being a safe area to invest in for sponsors and tournament organizers. With this in mind, it’s not hard to see how gatekeeping and ostracizing mobile esports is counterproductive to the monetary success of the entire esports industry. It’s a shame to see that regardless of mobile gaming’s numerous positive impacts on esports as a whole, a portion of the community routinely discredits and delegitimizes it.

This issue of gatekeeping occurs in almost all infant online industries and communities. In digital art and video editing communities, up-and-coming artists and editors will often be subject to some form of the philosophy that “you aren’t legitimate unless you use [insert program].” In anime, it’s “you aren’t a real fan unless you’ve read the manga.” No matter where we go on the internet, there is always a crowd of elitists doing anything to maintain their ideal vision of whatever community they happen to be a part of, even if it hurts the community’s potential for success.

Look at these shit tier take.

PC gaming never took off in India because there just aren’t enough PC gamers while everyone has a mobile.
Mobile gaming didnt ruin anything. Orgs like fnatic & TSM own Indian teams because of pubg mobile. 1/3 https://t.co/06rEltiXy8

Gatekeeping occurs in members of the community who don’t understand that expansion is the path to success for the entire community. Individuals should realize that oftentimes, new or different approaches contribute to progress, and should be less dismissive of or defiant towards change. Communities should look to embrace new and unique members, as they very often pave the way for innovation and help to diversify and preserve the future of their industries by inviting a wider audience to participate in their mutual interests —  whatever they may be.