Power of the press

We should respect and value journalism, especially during times of crises 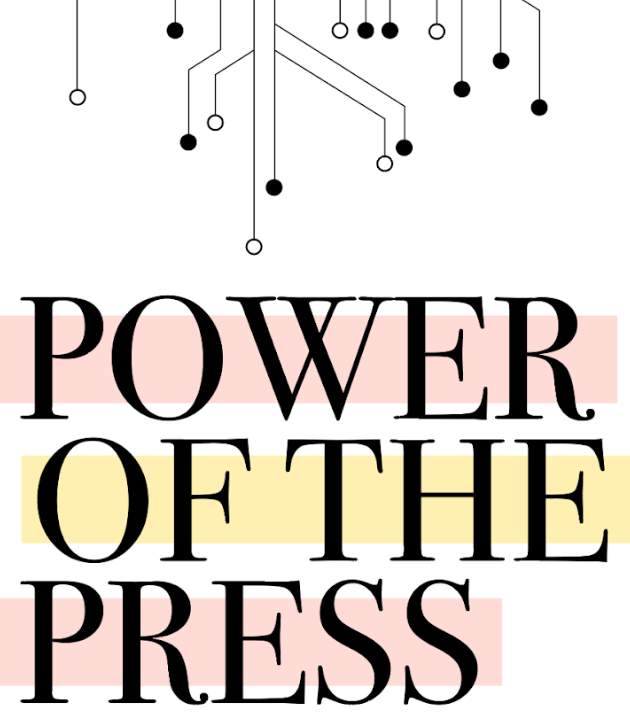 We should respect and value journalism, especially during times of crises

Three-year-old Alan Kurdi laid facedown, unmoving, on a beach in Bodrum, Turkey. During the summer of 2015, Kurdi was one of 3,600 refugees fleeing the Middle East, but when his raft capsized, he drowned and was swept ashore onto the beach. The Syrian refugee crisis, characterized by perilous journeys on $10 jam-packed inflatable rafts, is a struggle whose scope is difficult to comprehend without understanding the lives and stories of the people who experience it. And when photojournalist Nilüfer Demir saw Kurdi on the beach, one that reminded her of a “children’s graveyard,” she used it as an opportunity to document the true severity of the crisis, humanizing the tragedy and establishing empathy.

Her decision had an immense impact — just a week after the photo was posted online, donations for the refugee crisis to the Swedish Red Cross Campaign rose from around $4,000 to $214,300. The photos of Kurdi became a symbol of the Syrian refugee crisis, as Demir had painted a face for the public to recognize, drawing on the stark juxtaposition of children and death to invoke empathy and support for viewers worldwide. Ultimately, Demir gave many an empathic connection to the Syrian refugee crisis.

For hundreds of years, journalists have played the vital role of piecing together authentic depictions of pressing situations and bringing emotional impact to data or numbers. But they have also served as the bridge connecting people to their surrounding world, whether it’s down the street or across the globe. When journalists humanize issues, readers are drawn in and are able to understand situations that they may not have experienced themselves.

Journalism isn’t just about informing the public of breaking news — it helps people relate to others, giving people something to fight for. Journalism is the foundation of justice.

Today, seeing the news can evoke pessimism and a sense that the world around us gets worse with each passing day. However, the ability to view flaws around us, to recognize injustice and tragedies beyond the scope of our everyday perspective, is something that should not be taken for granted. Awareness about the problems surrounding us not only provides us with a clear understanding of challenges that need to be solved, but also incites action in our communities.

We can learn more about local bills and elections, become more engaged in community politics and vote for leaders committed to helping our community, like Cupertino City Council Member Hung Wei, who is working to create affordable housing and cleaner transit options. Understanding how institutionalized racism is present in our society allows us to recognize covert issues within our own schools and begin to address them in order to create a more inclusive and equitable environment. Journalism teaches us about all these problems, and once we are aware of them, we begin to take notice of them in our own lives and work toward solving them.

Recently, journalists were at the forefront of coverage surrounding the 2020 presidential election and the Jan. 7 storming of Capitol Hill. From photographers documenting rioters scaling the Capitol gates and senators ducking for cover, to on-site reporters tweeting out live updates about the situation, millions of people were able to follow the historic incident through anecdotes and photos which presented an emerging narrative in real time. Sarah Wire, staff writer at the Los Angeles Times, was trapped in the House gallery and escorted to a secure location — she had been focused on capturing the reactions of nearby Representatives amid violent rioters, focusing on her duty as a journalist before even notifying her husband that she was safe.

Yet, despite the potential for danger and unstable work conditions they experience to provide truth to the general public, journalists are often taken for granted. Nowadays, it’s hard for many to view journalists beyond a name on a byline. Each journalist is human too, carrying their own set of emotions and responsibilities, juggling their own burdens and carving their paths through life, especially in times of crises. They’re no different from other people, except that they are tasked with seeking the truth and reporting on daily news so everyone else can keep up with the times. It’s hard to think about how much goes on behind the scenes when a news article is published within minutes of a breaking news event, and it’s hard to imagine how newsrooms make fast ethical decisions about using words such as “protestor,” “rioter” or “domestic terrorist.”

And if everyone follows a new trend of slandering the media with “fake news” labels and ignoring the validity of reputable news sources, then these journalists’ work is rendered meaningless. Media bias is a problem that journalists face constantly, but labeling reporting as untruthful without taking the time to dissect the facts and quotes that comprise a story doesn’t help anyone. Some people believe that those who stormed the Capitol building were members of Antifa rather than Trump supporters. Some believe that the election was fraudulent without any clear evidence to support that. In these cases, ignoring the media and turning a blind eye to facts can be dangerous, leading people to have factually inaccurate perspectives. In order to alleviate media bias, we shouldn’t label the media as “fake news”; instead, we should recognize that journalists are human and complete objectivity is impossible due to our inherent biases. With this in mind, we should read the news and recognize biases, compensating for them in our own understanding. Journalists simply aim to provide a realistic portrayal of the truth — attacking the messenger is never helpful for a cause.

While El Estoque isn’t a national news organization, our goals are aligned with those of journalists around the world. On a local level, we aim to inform our community and incite positive change that will impact the students, teachers, parents, administrators and other community members around us. By spotlighting work that goes on behind the scenes of school events, we highlight sides of people that are rare to find day to day. By informing our school community about local bills and officials who can enact change, we can have a clear idea of how to influence local policy. By shining light on unspoken issues around us, we can work to resolve them in our very own community. Our tight-knit, local coverage brings our community closer together, even in the midst of a pandemic and social distancing.

Journalism is a privilege and a driving force for empathy and change. Let’s have some more empathy for the people behind the words too.