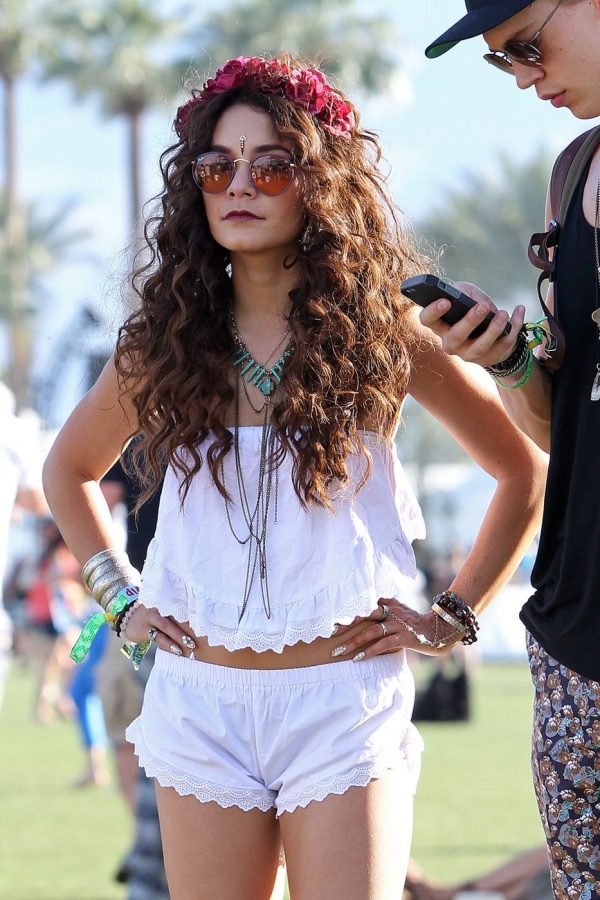 The line between cultural appropriation and appreciation depends on the intention behind the action. People should be encouraged to immerse themselves in different cultures, as long as they follow and understand the significance of their actions.

For instance, there are several cases of Hollywood celebrities who utilize aspects from other cultures, whether this is in terms of fashion or music choices, without harboring exploitative intentions. One of the first times Gen Z was able to witness Indian culture in mainstream media was at Selena Gomez’s live performance of “Come and Get it” at the 2013 Billboard Music Awards, in which she wore a bindi and incorporated Bollywood-inspired choreography.

Admittedly, there were some problematic aspects to this, such as the media calling her look “glam tribal.” The bindi also holds religious significance, and even the President of the  Universal Society of Hinduism, Rajan Zed, told WENN that, “The bindi on the forehead is an ancient tradition in Hinduism and has religious significance … It is not meant to be thrown around loosely for seductive effects or as a fashion accessory aiming at mercantile greed.”

That doesn’t mean that the Indian community should have discouraged Gomez from wearing the bindi, though. And like the backlash against Gomez, a similar issue arose when celebrities such as Vanessa Hudgens incorporated Indian culture into their Coachella outfits.

When celebrities get canceled, it discourages others from respectfully embracing cultures. However, celebrities need to stop being the only public bridge minorities have to educate people about their culture —  nobody can control a celebrity’s actions, and idolizing them is dangerous.

Another example of this mislabelling (to some extent) of cultural appropriation was Coldplay and Beyonce’s song, “Hymn for the Weekend,” which, despite being a step in the right direction, was received poorly by critics. The director of the video, Ben Mor said that his intention was to capture the “essence of incredible India,” which was arguably done, but it also makes India out to be this “exotic playground for rich white people.” The video’s release was incredibly controversial, but how viewers perceived it ultimately boiled down to their own prior views of India. Those who saw the country as a poorly-maintained third world country were finally exposed to some of its beauty. Others already familiar with India’s beauty were disappointed that it was captured by non-Indian artists.

These same ideas apply to Iggy Azalea’s music video for her song “Bounce,” which featured Azalea draping the sari incorrectly. However in this instance, critics accused her of sexualizing a traditional piece of clothing that typically is meant to be worn with modesty. The video exploits India and makes it out to be a fantasy land instead of taking the opportunity to feature the rich history of the country.

Celebrities are going to continue appropriating Indian culture regardless, and instead of telling them to stop, the Indian community could teach them to correctly embrace their culture if they wanted to. However, this may not apply to everything; parts of cultures that stem from oppression should not be celebrated. When it comes to India, colorism which comes from colonialism is an example of a cultural aspect that should not be celebrated but discouraged.

The lack of Indian representation in American media perpetuates this problem as well, so until that changes, our gateway to representation is through amplifying and perpetually engaging in learning and unlearning about not just Indian culture, but all cultures.

Though the MVHS community has a highly populated Indian community, those who are not a part of it should be welcome to learning about and immersing themselves in the culture, given that it is done respectfully. This may include inviting everyone to Diwali, Dandiya and Holi celebrations. Any student can wear the traditional clothing and wear a bindi if they would like to and are open to learning about the historical significance behind the fashion.

Even if there are religious or cultural meanings behind our holidays, food and fashion, people of any race should be allowed to participate, granted that they learn about it first. Not only must they understand the meaning behind cultural aspects, but they also have to acknowledge that generations of Indians have been insulted and oppressed for embracing the same things that they now willingly want to experiment with. Exposure is the first step to getting rid of ignorance and prejudice, and we are slowly moving in the right direction.