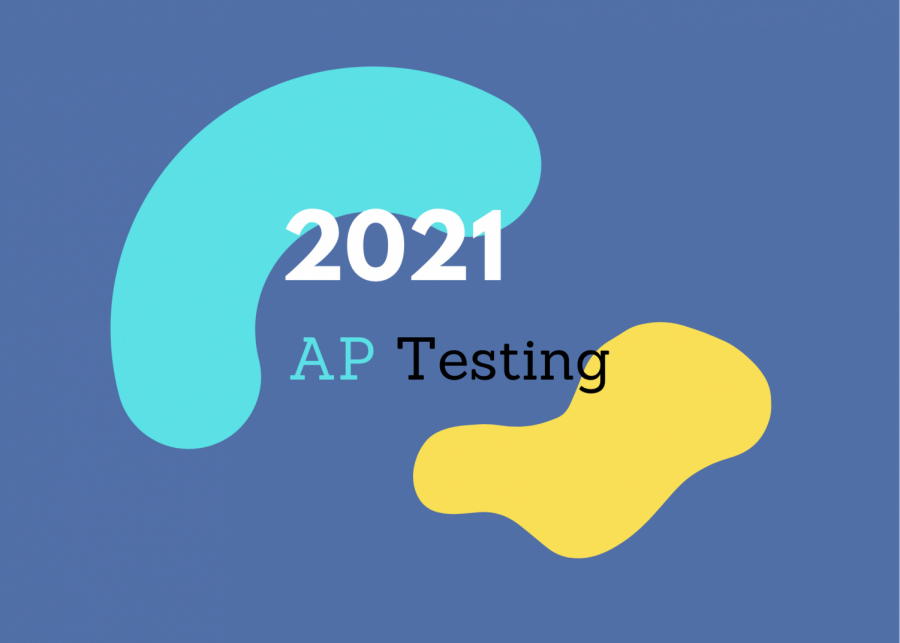 In contrast to the 2020 AP tests, which were shortened, online versions of regular AP tests, AP Chemistry teacher Kavita Gupta explains that CollegeBoard informed all teachers in December that the 2021 AP tests they administer would cover the entire curriculum.

Assistant Principal Nico Flores shares that this uncertainty has led to negative effects for students in regards to mental health.

“When I was in high school, my English teacher taught us a big unit about fear of the unknown,” Flores said. “Having the unknown just looming in front of you, there can be a lot of fear and not necessarily jump out of your seat fear, but anxiety, anxiousness. The ability to just relax escapes you because you just don’t know. And being left with that uncertainty, I think brings about a lot of different challenges that can sometimes play tricks on your mind. And so it allows that opportunity for kids to concentrate on things they can’t control too much.”

Junior Sophia Fu believes that more than the uncertainty, it is the rumor of taking the test in-person that adds pressure on students this year.

“With students sitting six feet apart, the school needs a lot more space than they would normally,” Fu said. “The pressure of [the idea] that we might have tests in person, [spending] three hours in the gym, sitting there with a few equations or something stresses a lot of people … I [also] feel like CollegeBoard doesn’t want to set anything in place yet because of [the nature of] COVID-19.”

A challenge that Gupta foresees for her AP classes is the difficulty of preparing for a cumulative exam. To address this, Gupta is thinking of starting more cumulative practice for her AP Chemistry class from March onwards.

“The example is, if we are training for a marathon, running two miles every day is a very different experience than running all of them together,” Gupta said. “When you’re running and running and running, you get tired, you feel exhaustion, right? Similarly, when you’re taking a big exam, your brain starts getting tired and to bring all the concepts together and to see which concept to apply is another level of challenge. So I think that is my biggest challenge in terms of teaching AP [Chemistry] virtually.”

In addition, Flores feels frustration while trying to organize the AP tests at MVHS this year, remarking that it’s hard to do anything without much information.

“It’s pandemic season for the last, you know, 10 months,” Flores said. “As CollegeBoard, in order to really support the schools and most importantly, the kids and the families, [needs to] decide ‘This is what we are going to do’ and just draw a line in the sand and make a firm commitment.”

While there is no confirmation, Flores notes the potential issue of bringing a lot of students on campus to take an in-person exam. For instance, this year, 383 students are signed up for the AP Macroeconomics test —  normally, these students would be split into two groups of 190, with one of them taking the test in the MVHS gym and the other taking it in the field house.

“We can’t even have seven kids on campus in one cohort, let alone 190 in one setting that are six feet apart,” Flores said. “So just the thought of navigating that and having that conversation internally is mind boggling. How are we going to possibly test macroeconomics? The logistics around the whole thing, until we get a vaccine or until we are back to normal schooling where we can have larger groups of kids [on campus], should be online, it should be off the campus.”

Similarly, Gupta believes CollegeBoard should administer the same shortened, online version this year as last year. However, she also acknowledges the difficulties behind making a decision.

“My first response is that, of course, they should cut down the curriculum,” Gupta said. “I mean, it’s just not fair. Students are not getting the same experience. Teachers don’t have the same tools. However, the challenge with that is [if] CollegeBoard had done that thinking in [the] fall [and] they [had] clearly communicated to the teachers that we’ve decided to cut down the curriculum to 60%, whatever, then everybody knows what to do. But in the middle of the year, they couldn’t cut down the content, because not all AP teachers teach the same content in the same sequence. I think they kind of missed the boat.”

In the summer of 2020, CollegeBoard released an update on their website, stating that the AP Physics 1 test would not test units eight to 10, shortening the exam permanently. However, this change was not because of COVID-19, but rather based on the fact that the content covered in the selected units was tested on the AP Physics 2 test.

While Fu had a bad experience and did not like taking the test online last year due to [wifi], she believes most students would prefer an online test. She also thinks that most students at MVHS are relying on having an online test rather than an in-person one, since the combination of online school and online AP tests “makes the most sense.”

To Gupta, the AP tests are only a small part of the larger AP community. She believes there is more to an AP course than just the test, including the environment and learning experience.

“There are many other values I attached to this class,” Gupta said. “So one is providing students skills that will help them not only in AP Chemistry, but in other courses and life in college. Second is developing their scientific thinking as a scientist. Third is will they have skill and the content to be successful in college and beyond. And last, but not the least, is their experience in the class. [The test] is a very small part of my teaching philosophy. So CollegeBoard does play a part — it’s an AP class. And I do go by their course guidelines, but my gauge of looking at this class or my lens, what I call success in this class, is a little beyond the AP exam.”

Gupta also believes that the uncertainty with AP tests can be eased through good communication between students and their teachers, emphasizing that teachers have a bigger role to play this year than they normally do.

“As long as teachers are thinking thoughtfully ahead of time, knowing where CollegeBoard is going and planning and communicating it with the students, I think that is the key,” Gupta said. “What can we do together as a learning community to achieve that goal? What would that look like? Would that mean giving students a little bit more cumulative practice? Would it mean engaging them in some review sessions? Would it mean helping them organize their notes very well? I think teachers and students now need to communicate a lot more than ever, to gain common understanding and to develop some strategies so that when it comes our way, we are not caught by surprise.