The mental and physical impacts of hormone treatments for transitioning kids

Examining the process of undergoing hormone treatments for teenagers 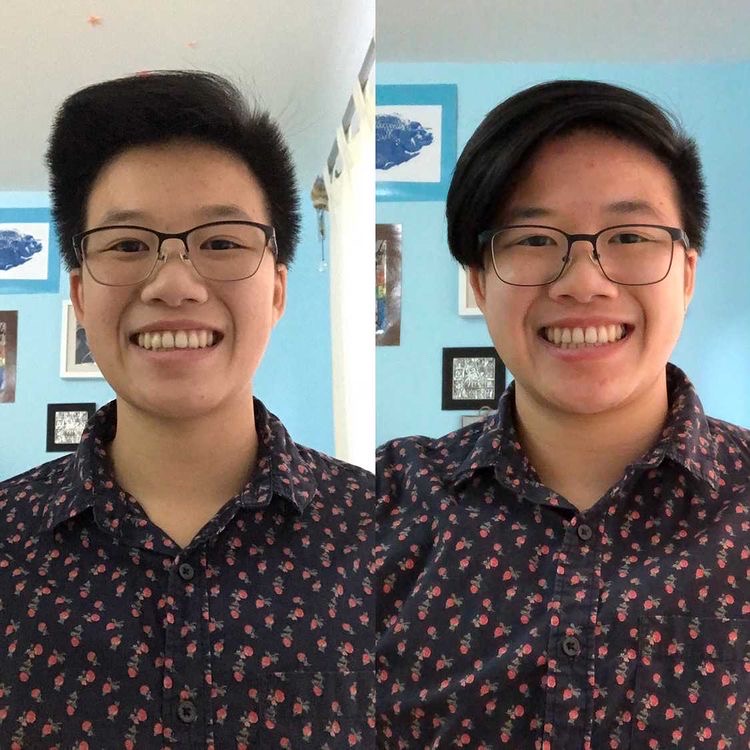 According to the U.S. National Library of Medicine, in order to treat gender dysphoria and begin the process of physically transitioning an individual to the identity they identify with, transgender adolescents often seek out hormone therapy. Although these treatments have proven to be effective for young transgender teens, there are a number of obstacles, both social and emotinal, that many face throughout the process.

Previous MVHS student and current middle college student Issa Baca, who previously identified as female, decided to come out in March of 2019 and, by the end of that same year, began his journey of physically transitioning through hormone treatments.

“I knew I was going to push for that to happen because I really wanted to, but it’s kind of like, you need a point of adjustment especially if you’re really young, for hormones, for people who are trans you shouldn’t start hormones as soon as you come out, because who knows? Who knows if this was the right decision for you.”

According to Baca, the process of undergoing various hormonal changes, whether it be taking in higher levels of estrogen or testosterone, can take time to adjust to all the unfamiliar changes. Thus, Baca waited a few months after coming out before deciding to make these changes to his body.

“I think the biggest thing for me was about a personality shift in a way because like, as far as me being FTM, female to male, going from having more estrogen in my body too much testosterone in my body, it can cause me to maybe be a little more on the irritable angry side which I’m not really like. So, that was probably one of my bigger concerns when going to the doctor. I was like, I don’t want to have that part of me be changed because I like that I’m, you know, emotionally connected to myself. I like that I can be that way I don’t want to turn into somebody that I’m not.”

Marriage and Family therapist Maureen Johnston, who has helped many young transgender individuals through therapy for the last 15 years, says that people must accept their identity before beginning the process of hormone treatments.

“Some of it is just knowing that what is already happening to your body is wrong. You just know it. You know when I was coming up and going through my adolescence, there are parts of it that I was not happy about you know I don’t, I don’t like getting a period and bleeding every month, but it didn’t feel wrong to me. As I was growing breasts, I didn’t look down and say, ‘oh my god what are these get these things off me they’re terrible’ … It is not cognitive like that at all. It’s, it’s, we know our gender, whether it’s a cisgender or a transgender. We just know. It’s something that is a core part of who we are.”

Although people like author Paul Hruz, a professor at Washington University School of Medicine, may hold the impression that starting puberty blockers can cause potential harm to the body because of how little information is known about the consequences, Johnston disagrees.

The basic protocols when beginning these treatments is to use a medicine called Lupron, which, over the course of two to three years, releases medicine into the body that causes the pituitary gland to send out the same chemical messages into the body that it did when they were a kid. Rather than producing the new chemicals that are sent out as someone gets older, the body repeats the process of going through puberty and developing into all of the secondary sex characteristics.

“It’s not affecting the body, the reproductive system, in any way, directly. There are medicines that do that, but the puberty blockers do not do that. They just affect the pituitary gland, so they basically tell the pituitary gland, ‘You’re, you’re a kid again, just send out those kids signals, not adolescent signals.’”

Another issue that Johnston brings up is that people often correlate the stage when an individual is transitioning to their age. Because of this, she says many teens are told to wait until they are 16 or older in order to begin these treatments.

“What is the actual development of their body in terms of whether it is appropriate, that they start any medical intervention or not, it is not based on age, or, you know, something like that, it’s, it’s about the individual and what’s happening to them, emotionally, psychologically and physically.”

Johnston says that there are also other alternatives suited for those who don’t necessarily want to medically transition, but would rather express themselves differently.

“You can present as a male, even though you have a female body, and some different bodies are more amenable to that than others. Some people or just have kind of an androgynous look about their body. And so, how they are read a lot depends upon how they present themselves — what kind of clothes they wear, how do they carry themselves. What do they do with their voice? You can do all kinds of voice lessons to change the tone of your voice either higher or lower. You observe how the different genders speak and carry themselves.”

Contrary to Baca’s decision, MVHS alumnus Nathan Lee, ‘20, wanted to start the process of transitioning as soon as he realized he was trans.

“I think a lot of people use the metaphor, being born into the wrong body to talk about being trans which for me doesn’t really fit. It’s more than I was born into the wrong perception. And that misperception of people looking at me and seeing a girl was really uncomfortable. So I had a lot of dysphoria regarding my voice. The way I looked, mostly my voice. And just like my physical attributes so testosterone would help alleviate that dysphoria.”

Lee also shares how he overcame the struggles of coming to terms with his identity after being a little uncertain when first thinking about it. He was able to come to a decision after talking to other people who had gone through similar situations, as well as learning more on his own through online research so he could be more familiar with the kind of changes he wanted.

“I feel like I was kind of nervous about it in the beginning, because I was like, ‘oh yeah like what if this is wrong,’ you know, but my therapist is like, ‘you can always stop.’ That’s true. Like, just ask her if you choose to take it, it’s a lifelong thing but you can stop whenever you want to a certain extent. Some changes will be permanent. Some are temporary so if you get to a point where you’re like ‘yeah this is the body I want to have,’ you can just stop.”

Throughout his journey of hormone therapy, Lee shares some advice to young teens who are considering beginning these treatments.

“I think something that helped me a lot, was when you’re questioning your gender, and the choices you want to make is thinking about, not what you are, but what you want. Finding other parents like trans people that can help, or you know, having a doctor talk to your parents, that can also help. I think just finding the people who have gone through it before and then asking them questions, and knowing that if you start and it’s not good for you, or it doesn’t feel like this is something you should be doing, you can always stop.”

Lee says that it is important to not only talk to people who you trust and who have gone through similar experiences, but also think about what exactly you want and reflect while making this decision. Lee found that considering the future serves as a good way to reassure or question your thoughts and feelings.

“Imagine yourself in the future, even if, you know, that’s hard for you to just try and then think about what aspects of your body you’d like have you know like what do you think how you’d like other people to perceive you. And then looking at that from the perspective of hormones and talking to people who I’ve had experience with it can be really helpful as well.”