Joji’s ‘Nectar’ is a mixed bag 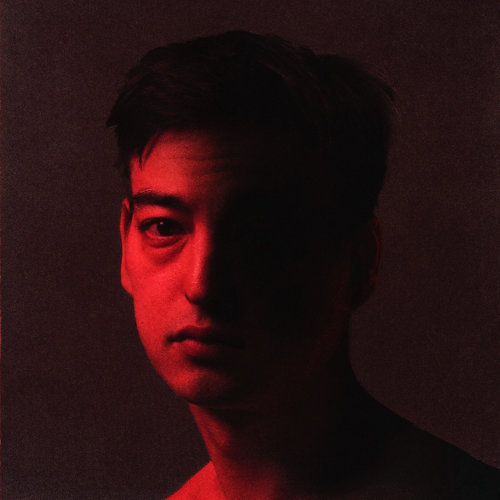 n Friday, Sept. 25, former YouTuber turned R&B singer-songwriter Joji (real name George Kusunoki Miller) released his sophomore album, “Nectar.” The album instantly gained traction, with nine of the 18 songs placing in Spotify’s United States Top 50 list a day after its release. Despite the album’s immediate commercial success, the quality of its music, when evaluated holistically, can at best be described as above average. The collection shows Miller at both his musical peaks as well as his lows.

On “Nectar,” Miller’s singing and production choices have evolved, but patches of mediocrity persist. This mediocrity is induced more by his artistic vision rather than technical errors. Many of the songs on the album are musically sufficient but lack depth and a direction unique to Miller.

The album opens with “Ew,” a prime example of the mediocrity on the tracklist. While Miller’s vocals are up to par, the beat and song structure are reminiscent of a dollar store version of “Run,” the hit single off of the album. In contrast, “Run” showcases Miller at his best with a series of crescendoing choruses and a stunning guitar backing. “Ew” struggles to compete in the same lane without seeming like a cheap copy designed to trigger the same emotional reaction that “Run” did, only with less effort.

Songs following “Ew,” like “MODUS,” “Upgrade” and “High Hopes” are all indeed a step up compared to Miller’s songs on his debut album “Ballads 1” in terms of vocals and production, but they face the same issues as “Ew”. Ultimately, this trend of songs sounding like lazy attempts at stirring up nondescript melancholic moods within the listeners continues throughout the album to its detriment.

However, as the second quarter of the album rolls through, the quality of the tracks takes a noticeable upturn. The various singles released succeed in re-engaging the listener after the subpar opening, displaying Miller’s ability to instill a particular mood within the listener without feeling contrived or generic.

The first single from the “Nectar” album cycle, “Sanctuary,” sports a fast paced and bouncy beat with an aesthetic reminiscent of Miller’s earlier bedroom pop works. Miller’s vocals and lyrics are delicate and dreamy, ingraining a sense of ephemeral nostalgia within the listener. The chorus is slow burning, and intensifies each time it is repeated, with one final grand outburst at the end as the melodies fizzle out and the listener is forced to move on.

There are even more improvements in originality as one travels further down the tracklist. Songs like “Pretty Boy,” “Like You Do” and the final song “Your Man” show a unique sound and direction relative to Miller’s expansive discography.

These songs are not without their own flaws, however. The track “Pretty Boy,” in particular, featuring rapper Lil Yachty (real name Miles Parks McCollum), sees Miller exploring new avenues, following a far less rigid song structure and opting for a more chaotic and lo-fi chorus and bridge. While these artistic risks pay off in some respects, the track is rough around the edges and the merits gained by taking those risks do not outweigh the demerits.The bridge turns out wonderfully, with the bass-heavy production juxtaposed with a playful, unedited melody hummed by Miller layered and looped over a series of bouncy “Hey!”s, allowing for an upbeat break from the otherwise downbeat and dramatic album. However, the quality of Miller’s vocal performances on both the chorus and the first verse lack polish and ruin the song’s playful mood. Miller’s vocals on the track sound dismal and grating to the ears when paired with the droning production. McCollum actually outperforms Miller vocally despite not traditionally being a singer, as the autotune on his husky voice complements, rather than competes with the aforementioned beat.

Miller’s best work on the album is when he takes his music into new artistic directions without sacrificing his vocal performance. Examples are once again found near the end of the album, with “Mr. Hollywood” and “Reanimator” standing out among the rest.

“Reanimator,” which features singer and producer Yves Tumor (real name Sean Bowie), shows the future potential of Miller’s music. While the song is only 15 lines long, it is this understated elegance that makes the track appealing and seem effortless. The production is dense to the point where the melodies are like rays of light barely penetrating haze and smoke. The groovy percussion and Miller’s moody vocals paint the scenes of a post-apocalyptic rave. Bowie’s chants of “It’s not up to me / But it’s alright if it makes you feel good / You can do this all night, it’s not up to me” entrances the listener when paired with the overwhelming beat. These pieces come together to form what feels like an experimental cloud of sounds charged with forlorn energy.

“Reanimator,” as well as the aforementioned “Mr. Hollywood” and “Your Man,” allows the album to end on a strong note, and gives fans hope for Miller’s future projects.

“Nectar” showcases Miller’s vocal and instrumental prowess, but leaves more to be desired in the unique style and direction of his music. Most songs on the album highlight Miller’s exceptional singing voice, but so long as the way in which these performances are presented are shrouded in stylistic mediocrity, Miller will remain indistinguishable from the rest of the R&B crowd. Luckily, songs on the latter half of the album show Miller’s willingness to stray from his usual formula and explore new instrumental styles as well as unexpected features. As long as his vocal performances stay consistently exceptional as he continues to develop his style, his music will undoubtedly improve.