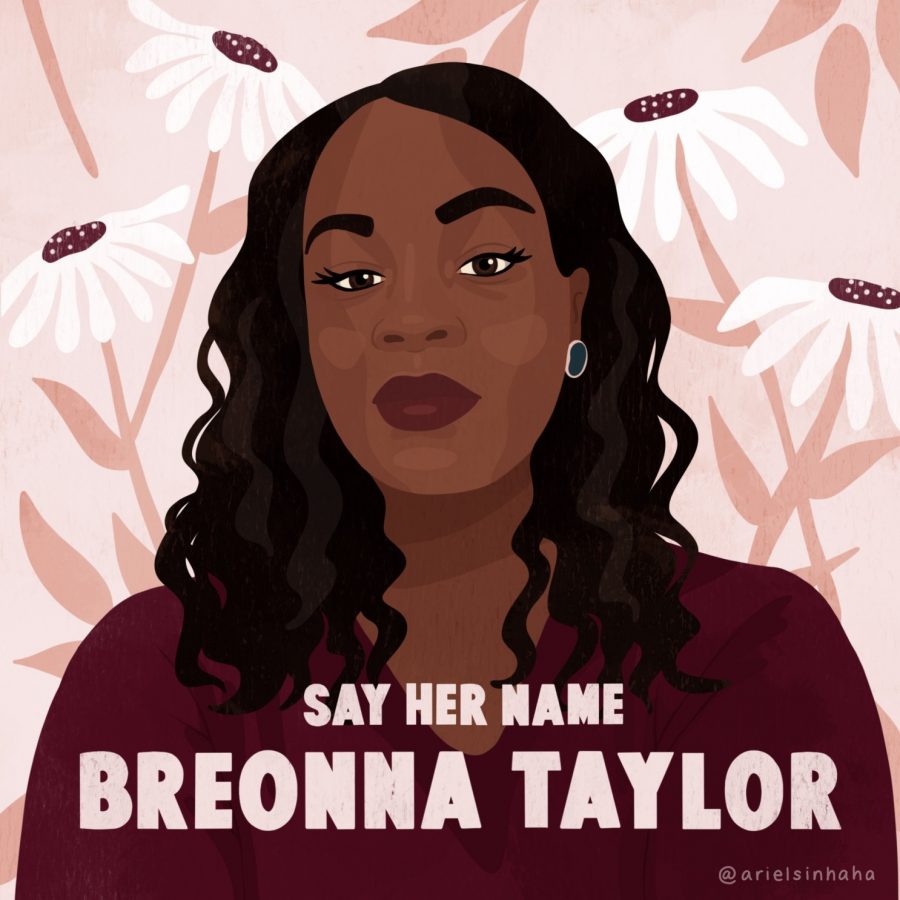 Did you hear about the Breonna Taylor thing?

Yeah, OMG, I’ve been seeing a bunch of posts about her on Instagram.

he death of Breonna Taylor, a Black paramedic who was fatally shot on March 13 by three Louisville Metro Police Department officers, has had a profound impact on American society, galvanizing months of police brutality marches and demonstrations nationwide. To raise awareness for her death, people have taken not only to the streets, but to social media platforms too, especially Instagram and Twitter. However, social media is notorious for propagating trends in which people, more often than not, heedlessly repost shared content in an attempt to appear “woke,” or with the times.

Some of this content consists of gimmicks and memes, which are detrimental to the memory of Breonna Taylor.

🔥ARREST THE COPS WHO KILLED BREONNA TAYLOR🔥She STILL needs justice. Actions that we all can do: -CALL Kentucky Governor Andy Beshear 502-564-2611 -EMAIL Attorney General Daniel Cameron [email protected] -SIGN @changedotorg Justice for Breonna Petition (link in highlights) -DONATE to Breonna Taylor’s family go fund me (link in highlights) Keep fighting and standing up for what is right. This isn’t over just because your feed is back to normal👏🏽BLACK LIVES MATTER #blacklivesmatter #blm #justiceforbreonnataylor #illustration #sayhername

For example, this Godzilla-esque graphic was used to draw attention among Instagram users, but the overall cartoony feel detracts from the gravity of the situation. The account included contact information to encourage action for the cause, but it’s overshadowed by the sheer childishness of the picture which aims to garner support from other females in a clickbait manner through the awkward depiction of femininity.

The image does not encapsulate the significance of Breonna Taylor’s death, or even how others should go about taking action to ensure her death wasn’t in vain; rather, it does the opposite with its immature nature. It desensitizes the viewer from the true gravity of the situation: an unarmed Black woman’s unjustified murder going without consequences.

Within the confines of media consumption, cartoons and animation have generally been associated with child television or lighthearted entertainment. This differs from activism or advocacy through art, in which issues are respectfully portrayed for what it is, not as a parody or caricature. If the graphic creator used a more explicit visual, like a picture or artwork of Taylor herself, it would appeal to the viewers’ sense of pathos and more effectively advocate for the cause.

Before reposting or retweeting others’ stories and posts on Instagram or Twitter, people should take their time to research and understand the given situation involving Breonna Taylor to the fullest extent. A cartoonish post like the one above may, in many cases, exacerbate the situation by giving people a false sense of understanding. Moreover, even if you trust a source on social media, you should make an attempt to verify it with accurate news reports. Based on a recent El Estoque survey of nearly 400 MVHS students, a mere 10% always make an attempt to engage with shared informative posts. That goes to say that not all posts on Taylor lack weight, since some are genuinely nuanced and truly encompass the situation. It is ultimately up to the user to discern which means of change they truly wish to support.

Although the intentions of some posts are in good favor in the sense that they aim to spread awareness of Breonna Taylor’s homicide, they often lose magnitude over time as more posts saturate people’s timelines, often without taking real action. People should also be cognizant of the fact that memes and other social media gimmicks can desensitize grave situations and cause them to lose their significance. Users must understand the effect their post has, even if both parties carried no malintent in either producing or sharing the content.

The Black Lives Matter movement, which has been active since 2013, is not to be treated simply as a trend in which we partake only when something eventful occurs. It is clearly stipulated as a movement, in which people aim to bring about change or a development for a particular cause; this change cannot take place if people treat it as some sort of fad.

Breonna Taylor’s death has been viewed as a meme by some, and that has made it easier for people to become jaded or even tone-deaf to her situation and legacy, enabling the public to view it as something “normal” in today’s society. We cannot be complacent with the situation, now more than ever, given the recent grand jury verdict in which only ONE of the three officers was indicted for “wanton endangerment,” and not directly for her death.

The next time you see a post shared on social media of this magnitude, don’t just callously reshare it. Click on a link in the caption. Verify the information. Ensure that it will make an impact. Justice for people like Breonna Taylor depends on it.