Out of the loop

Students’ react to the switch from School Loop to Schoology 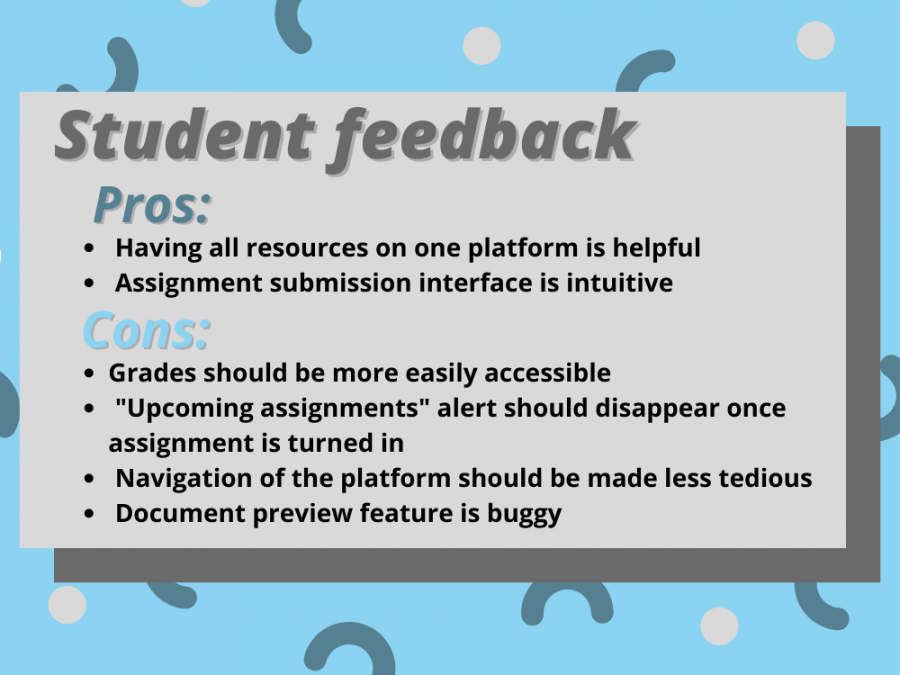 Students’ react to the switch from School Loop to Schoology

n Friday, March 13, the Fremont Union High School District student body was notified of the district’s definitive decision to switch from School Loop to a new learning management system: Schoology. This information was relayed in the same email that detailed a switch from in-person learning to distance learning due to the immediate dangers posed by the spread of COVID-19.

The simultaneous implementation of these two changes was no coincidence, as the decision to switch to Schoology was indirectly influenced by the district’s shift to distance learning. According to the FUHSD Coordinator of Academic Interventions Josh Maisel, the district intended to use School Loop for another year, but those plans were scrapped as COVID-19 spread and the need for a more centralized platform arose.

“When the pandemic hit, people weren’t convinced that we needed one place for everything,” Maisel said. “[But] about a week into the pandemic, everybody understood it, because the main complaint we were getting all over the place from all teachers, from students and parents was, ‘We cannot keep track of everything.’ And that … cemented the consensus that especially [during] remote learning, students and families need a single place where all of their assignments are [accessible] …The real main factor was to bring consistency to students and to their families.”

As the Coordinator of Academic Interventions, Maisel runs History and Literature credit recovery programs at a district level. It was through running these programs that Maisel was able to familiarize himself with Schoology, as the platform was used over School Loop during the district’s summer credit recovery courses. Maisel was in charge of building training modules to help teach staff and students taking the courses the basics of Schoology. These same modules were later used to teach students and staff.

Coming into the 2020-21 school year, students attending online classes throughout the district have had their first experiences with the new learning management system, many of them learning to use the platform through the modules built by Maisel. Some students, like sophomore Sarah Johnson, see the benefits of the consistency that Maisel mentioned.

Other students like senior Elena Peng believe that while having everything in one place is important, having an organized and intuitive user interface should be prioritized.

“It is more convenient because it’s in one place,” Peng said. “But it’s in one inconvenient place. It’s pretty tiring, to be honest. Even [for] finding homework, you get pretty unmotivated … It’s not just right in front of you. Usually for school, you want your homework directly in front of you.”

Peng believes that while her criticisms of the platform may be harsh and come from a place of laziness, she feels the platform should still be easier for users to utilize.

“It’s a website geared toward student convenience,” Peng said. “So even if it’s a [minor] inconvenience, you should probably [work to] improve it.”

In stark contrast to Johnson, who believes only minor changes are necessary to improve the platform, Peng feels an overhaul of Schoology should be considered to better accommodate users.

“We don’t have to erase it,” Peng said. “But [the platform should be] more organized. They have to redo the entire interface design. Some features [like the assignment submissions] in Schoology are good … They can keep tiny features like that, but they should redo the design and make it more convenient [for users].”

While Maisel explains that the switch to Schoology from School Loop occurred because of specific practical design issues with School Loop, he also acknowledges that Schoology comes with its own set of design issues.

In particular, he feels that the messaging system, grading system and the upcoming assignment alerts can all be better optimized.

“An assignment will show as upcoming even after you submit it,” Maisel said. “So if you have an essay that’s due tomorrow, and you submit it today, and then you log on tomorrow morning, it’ll say ‘Upcoming essay due today.’ And you’re like, ‘I thought I did that.’ … Schoology says they do that because you can resubmit. They want you to know it’s still open if you want to revise your essay. But I know from a student’s perspective, you want that off your plate.”

Maisel believes that despite these minor annoyances, Schoology fulfills its purpose of being a central platform for all school resources.

“The bottom line is that any system that does everything will likely not do any single thing better than some other system,” Maisel said. “That’s just the nature of trying to do a lot. There is a bit of a trade off where you get all in one … but the cost is that any of the little particulars, there might have been other solutions that might have been better.”

Maisel hopes that given time, users will be able to adapt to the initially unfamiliar platform. He also says that conditions will likely improve when distance learning ends.

“We are all pulling together as a community to get through the pandemic,” Maisel said. “What I’m hoping is that [some of] the challenges of Schoology … become easier as people get more comfortable with it and feel less overwhelmed. When we leave remote learning and come back into the physical environment, it’ll probably make things simpler, because I know just the tech support piece [will improve things]. If you’re sitting next to somebody, you can show them a lot easier how to use a tool, rather than trying to do it [over] a phone or Zoom.”