Facing the reality of my relationship with soccer 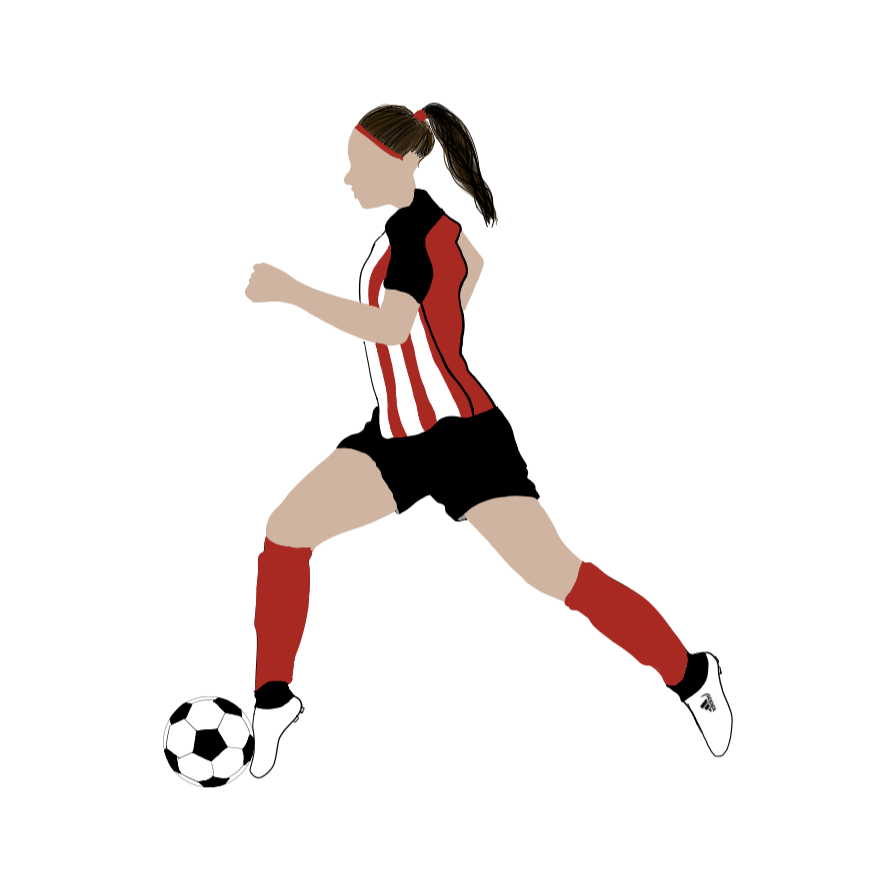 Searching for my lost passion for soccer

I don’t know when I started to love soccer.

It definitely wasn’t in third grade on my first team, The Purple Hurricanes, when we didn’t win a single game all season and I repeatedly dribbled towards our goal instead of the opposition’s because I forgot that we switched sides at halftime.

It wasn’t on my second team either, my first season playing competitively, when I spent more time on the bench than on the field.

But at some point during my seven-year career, I experienced a moment, a feeling that made me fall in love with soccer. I was running with the ball at my feet, and I forgot about everything but me and the ball. My strides were long as I kicked the ball out in front of me, sprinting across the field so fast I felt like I was flying. I forgot about my team, my coach and my parents watching from the sidelines. It was a moment where I didn’t care about where I was or who I was, because the only thing that mattered was me and the ball.

I don’t know when I started to love soccer. But I do know that after that moment, I was in love.

I used to feel that freedom nearly every time I touched a ball. I gave soccer everything I had — I was on a constant search for that thrill for so many years that soccer essentially became part of my identity.

But somewhere along the line, I started to experience that thrill less and less. It was subtle at first, but needless to say, when my workload began to increase, the first thing to disappear from my life were weekly practices. Because of absence from the game, my skills deteriorated and so did my frequency of experiencing that original high. And thus began a perpetual cycle of lost interest and fabricated excuses of “not having enough time.”

Despite my lack of practice, soccer had become so important to me that when it came time for soccer tryouts, I knew I would participate. And after already having been on the junior varsity team last year, I decided to try and make it to varsity.

On the first day of tryouts, however, it was apparent to me that the weeks of missed practices and desultory games had caught up with me. I couldn’t move the ball the way I used to, I didn’t have the strength that I used to and I couldn’t run like I used to. Within one hour, I knew my skills were nowhere near enough for varsity, and I was devastated.

The fact that I didn’t make the varsity team wasn’t what caused my immense sadness. It’s that this was the first time I’d been directly confronted with the consequences of my lost passion in the sport. I knew that if I’d stayed committed, I’d have been more than ready for varsity. But the honest truth is, despite the hundreds of games and practices, I lost a lot of my passion for soccer a long time ago. And finally having to face that all of those hours would never amount to any tangible accomplishments was heartbreaking.

Every second I spent at tryouts emphasized this feeling. I walked out of tryouts every day not wanting to show up the next. I hated every instant on that field because I was destroying the pretense of loving soccer the same way I always had a little bit more.

I questioned myself every day. I entered a vicious cycle of wanting to quit, but also being too afraid to build a new identity without soccer. Still, I pushed myself to keep going to tryouts.

Going back every day was also one of the hardest things I’ve ever had to do. Facing the reality of what I’ve lost, both in terms of skill and passion, was terrifying. I’m not sure what fear I faced this month. Maybe it was the fear of never being good enough, or failure or a lot of things rolled into one. But my point is I did the hard thing and sometimes doing the hard thing is doing the brave thing.