Pandemic-inspired Spotify playlist is more meaningful than meets the eye 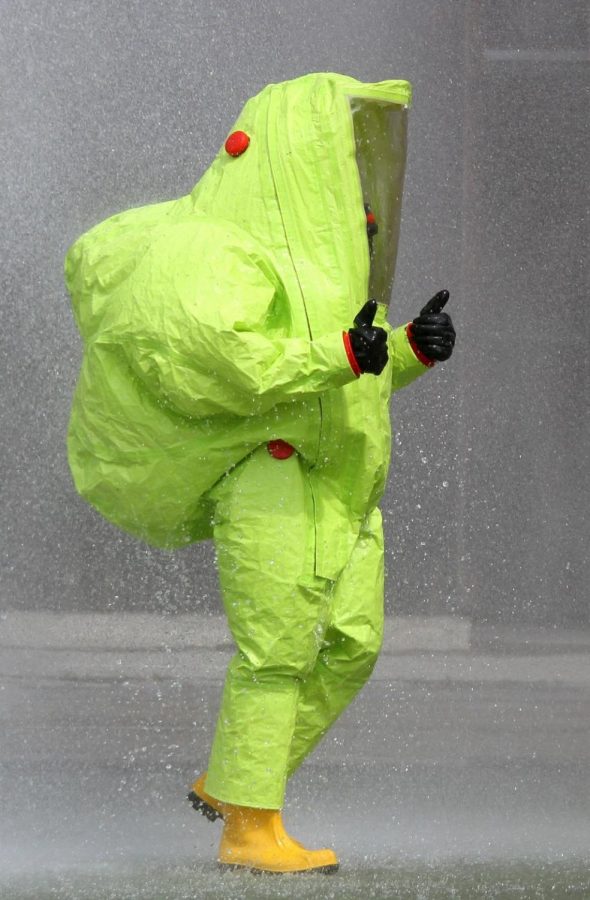 With the growing concern over COVID-19, a playlist was jokingly made to shine light on the situation.

n March 11, in the midst of widespread panic and hourly updates on the status of coronavirus, a work of art was born: the “COVID-19 Quarantine Party” Spotify playlist. Created by Spotify user Chadwick Johnson in hopes of putting a lighthearted twist on the situation, the 67 song playlist has amassed a following of over 100,000 followers, and has quickly become a rising meme that others have used as inspiration.

While the existence of the playlist itself is funny, I wondered if the actual songs themselves were worth listening to — and whether it was ethical or not to put a humorous spin on such a somber reality. But after listening to three hours and 58 minutes worth of quarantine songs, I had an answer to both of my concerns.

Am I making a big deal out of a meme and taking this way too seriously? Absolutely. Do I regret it? Judging by the fact that you’re reading a complete review right now, I think you know what my answer is.

The playlist starts off with a throwback: “Toxic” by Britney Spears. To be honest, the song doesn’t relate to the virus or current situation whatsoever outside of its name. However, with its upbeat tune and Spears’ classic raspy voice, this song is the opening this playlist needed — something not too serious that captures the attention of those who open the playlist for the first time.

Later in the playlist, “Nostalgia” by Pure Violet offers a splash of bright, old-fashioned tunes, reminiscent of the early 2000s. The song itself can’t be categorized as happy or sad; its lyrics points towards an uncertainty in the future, especially the line, “We’re on the other side / Everything leads to the light.” In this time of constant change, it’s reassuring to be reminded that eventually, we’ll be led to the light.

This hope fades, however, as the playlist reaches “Bad Luck” by Vrillah and Jake Crocker — the vaguely cryptic, doll-like instrumental generates an ominous backdrop for the monotone singing. While the song itself is catchy and likely great for a “quarantine party,” it’s not exactly the most uplifting song.

The 26th song in the album, “Made in China” by Higher Brothers and DJ Snake, is what I took issue with in this playlist. Though the song itself is high energy and has dynamic sound mixing, a COVID-19 playlist was not the appropriate place to incorporate a song like this. Yes, the virus was known to originate in Wuhan, China, but that’s no excuse to validate the racism that’s happened because of it. The playlist may be a lighthearted meme, but it’s reached over 100,000 people so far, and the potential consequences of including a song like this one shouldn’t be overlooked.

Ironically, later in the playlist is “Sick Boy” by the Chainsmokers, a song about the contradictory nature of politics and the clashing of two cultures. With powerful lyrics such as “Make no mistake, I live in a prison” and “America / Where we desensitize by hysteria,” the song, despite not commenting directly on the pandemic, is a valuable reminder for us to stay as level-headed and altruistic as possible instead of responding to this international disaster with panic and selfishness.

After a dive into much more serious topics, the playlist soon reached the song “everything will be okay” by eli. I have to say, after reading one devastating news article after another, hearing “open minds are what we need” and “we’ll live to see another day” was something I really needed to hear.

As “Downplay” by Brooke Alexx nears the end of the playlist, we are reminded of our own duties regarding COVID-19. In order to avoid complete disaster, we, as a community, all have a duty to follow health guidelines and stop downplaying the situation as “just a flu.” Aside from this message, the swinging rhythm and clean build of harmonies create a cheerful song that I can’t get out of my head. This was the only song in the playlist that I added to my personal playlist.

The final song of the playlist’s title speaks for itself: “It’s the End of the World and I’m Afraid to Let Go of You” by The Girl Next Door is a cryptic and somber reminder of the worst case scenario and panic surrounding the virus. Even though it’s not the happiest ending, it’s a warning of an uncertain, bleak future, much like the closing of a dystopian novel.

While the playlist is updated daily with new pandemic-related songs, the current version is a (mostly) powerful compilation that captures the many emotions and feelings surrounding COVID-19. The playlist has a wide variety of artists, genres and moods catering to any listeners’ music tastes.

Even if the memes and jokes may seem insensitive in this time of difficulty, I’ve come to learn that they’re just a modern method of coping. They’re not ignorant; rather, they’re a way to bring communities together through humor and highlight people’s stories. And if we can do that in a humorous way rather than a destructive one, I think it’s absolutely worth it.

We’re definitely not going to be having any real parties anytime soon, but if you’re having your own quarantine party, or just sitting around at home alone, I’d recommend taking a listen. You’ll be offered music and laughter, and I think we all need more of that right now.