COVID-19 concerns lead to the cancellation of upcoming dance showcases 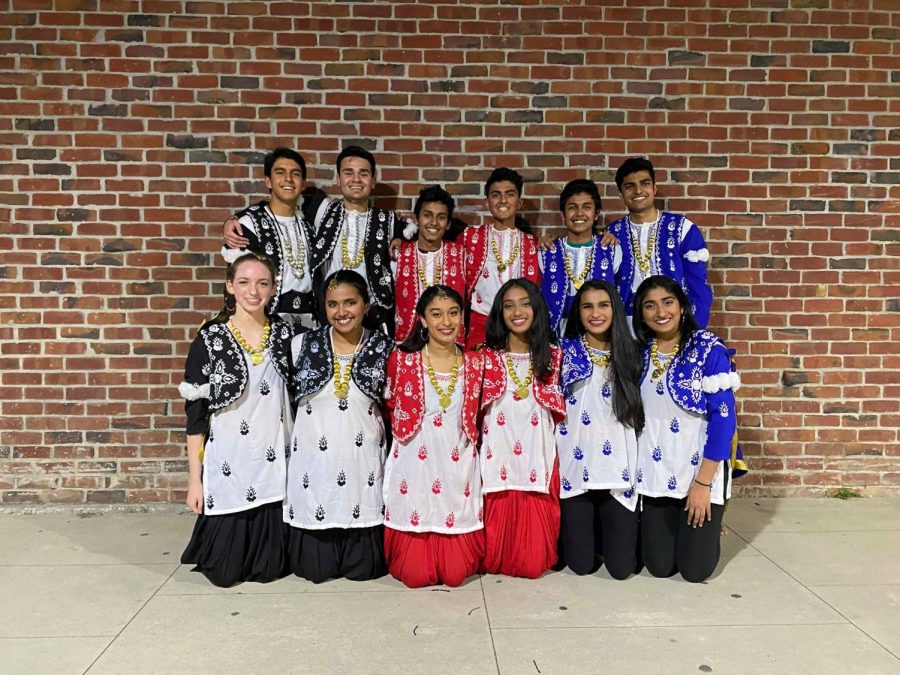 MV Bhangra after performing at Tashan, one of their earlier shows this semester, that took place during February. It will likely be their last show of the season. Photo used with permission of Janani Pandurangan

n Friday, March 6, MV Bhangra received the news that their show for that weekend — Sundayam — had been cancelled due to FUHSD’s COVID-19 concerns. In quick succession, Nazaara, an upcoming show hosted at Bellarmine HS and Silsilay, another event  hosted at Lynbrook HS, was also cancelled.

“Honestly, I was really bummed out, but I wasn’t surprised because the circumstances are pretty grave,” junior and MV Bhangra team member Anand Kathardekar said. “And I knew that if all the events in the county were being cancelled, and all of our shows are pretty much within the county, then I knew that there had to be a correlation.”

Sophomore and officer Sahil Goel explains that despite the disappointment the team is experiencing right now, all of them are still clinging on to hope that some shows, instead of being cancelled, will be postponed to April or even May.

Similarly, while senior and officer Janani Pandurangan understands the public safety rationale behind the decision, she still feels upset and continues having hope for possible postponement.

“We were almost about to cry because these are our seniors’ last shows,” Pandurangan said. “And especially being on the team for over three years, it was very upsetting to me because it’s my last year and it would have been my last performances.”

Although Kathardekar, Goel and Pandurangan are all hoping for a postponement, they all anticipate a variety of new challenges if that does occur.

“I think that postponement always comes with issues, especially since April is a very hectic time since it’s leading up to AP testing and so is May,” Pandurangan said. “I do anticipate some availability issues or some kind of scheduling issues, but we’re just hoping for the best and that the show goes on despite any issues that may come up.”

Kathardekar, also being an officer for Indian-American Student Association (IASA), which is in charge of Spotlite (the dance show hosted by MVHS that was postponed), explains that postponement is already causing challenges. People in charge of hosting and running Spotlite have to take into account the band and choir schedule. Currently, they are waiting on the office for further instructions.

Due to the scheduling issues that postponement in question will inevitably cause, Goel predicts smaller show rosters. Although he doesn’t believe that MV Bhangra will drop out of these shows entirely, he thinks the rosters will be cut down from 12 to around 10 dancers to accomodate for the needs of all their members.

Goel’s biggest hope is that Spotlite is not cancelled, since it is the most anticipated show and highlight of each year. If Spotlite is cancelled, however, Goel says that the team will probably start to plan something new, such as team bonding, in order to lift spirits.

Pandurangan explains that the team has dealt with this upsetting situation in a mature way, keeping in mind that none of this was under their control. They’ve continued to have hope, stay calm and not get angry or riled up about the unfairness of having to work incredibly hard throughout the year, yet not being able to perform.

“We haven’t really come to terms with it, because everyone’s still in kind of a shock right now,” Pandurangan said. “We’re just trying to still process it, and as captains we’re trying to make our practices more fun so it kind of takes peoples’ mind off of all the shows that got cancelled.”