Speaking up: How teachers work with students with speech anxiety 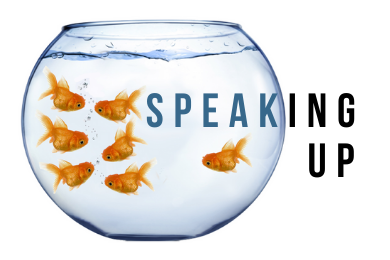 Illustration by Iman Malik. This is a fishbowl that represents a fishbowl discussion. The six other fish are talking while one of them is lonely. 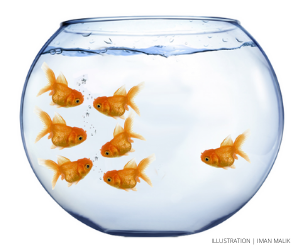 After one of her students went home sick and other students expressed nervousness at the idea of having to present in front of the class, English teacher Stacey Cler realized the stress and anxiety that a group presentation can cause among her freshman literature students. For this particular presentation, students had to dramatically read and analyze a poem as a part of the poetry unit. In order to accommodate those who are too anxious, Cler allows students the option to present only to her, or to her and a smaller group of people who they feel comfortable with.

“I would like it to be me and some other people, so at least if you can’t do [it] in front of the class, you’re going to do it in front of two or three other people that you’re still comfortable with,” Cler said. “You are still having that experience of presenting in front of an audience, even though it’s not the whole group.”

FUHSD English department curriculum lead and Cupertino HS English teacher Greg Merrick uses similar tactics when asking students to speak in class. He recognizes that it is only a temporary solution, and he understands that students will eventually have to be able to speak in front of the entire class. However, Merrick notes that speaking in smaller groups can allow students to feel more comfortable with full in-class discussions and opportunities to speak in public, such as during fishbowls and Socratic seminars. 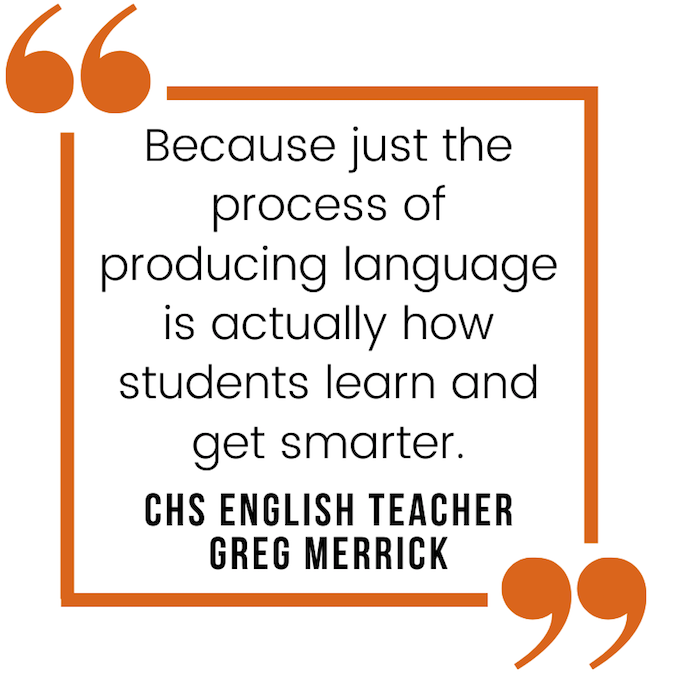 “While there are times when it’s important that students need to write and express themselves in writing, we need to make sure that students have lots of opportunities to speak as well,” Merrick said.“Because just the process of producing language is actually how students learn and get smarter.”

Merrick explains that engaging in academic dialogue can be important and even expected of students as they venture into college and adulthood. Because of this, he also believes being able to speak fluently is a critical life skill to develop young.

“We all have individual life experiences and perspectives based on our identity and how we grow up,” Merrick said. “But if that’s all we ever encounter, we’re probably pretty limited. And we live in a globalized society, so having the opportunity to interact with diverse peers really helps us broaden our sense of what the world is. Again, that’s how we get smarter, is by testing our ideas by talking about it to other people and listening to other people’s ideas and using them to shape our own thinking.”

Because of the importance of public speaking, Merrick explains that instead of taking students out of the situation by excusing them from assignments or providing alternatives to public speaking, teachers should create low stakes practice opportunities in which students can work through their anxiety by practicing discussions in smaller groups or having practice presentations which won’t count towards their grade.

“Psychologists talk about this idea of exposure therapy, where if you’re afraid of something, the best way to get over it is to practice it in small doses, where your anxiety level isn’t super high,” Merrick said. “[We want to] create opportunities for students who might be experiencing anxiety not to get out of speaking entirely, but [to] give them opportunities to practice speaking where they don’t feel like they’re in the spotlight, … to help them work through that anxiety and mitigate it a little bit.”

Through practice, junior Natalie Zhou notes that she has been able to gain confidence in discussions and has become more comfortable with speaking in front of others. Whereas in the past she disliked having to participate in class discussions for a grade, Zhou now prefers in-class discussions over a written assignment.

“Whenever I was talking, I would feel really scared,” Zhou said. “And I would be like, ‘Why am I scared? This doesn’t even matter.’ But I would just be scared that what I was saying wasn’t good enough.” 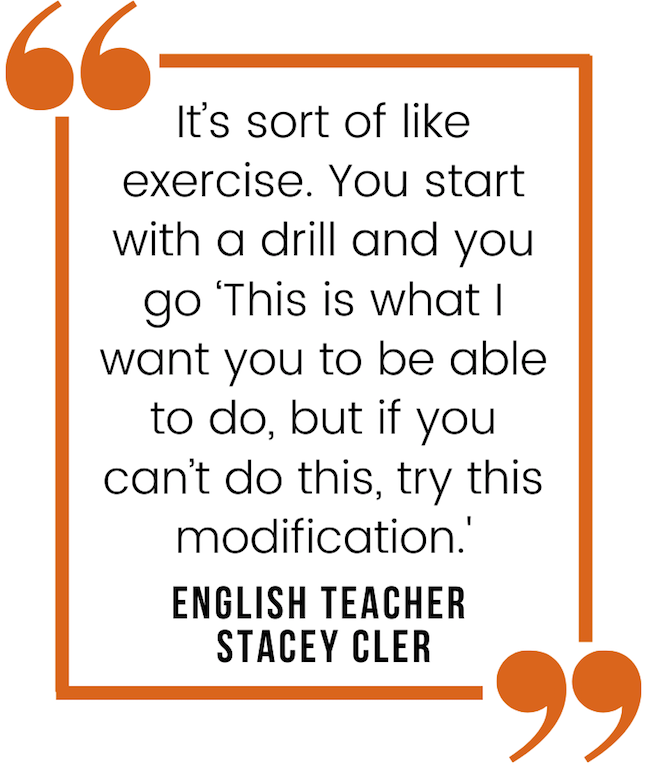 Cler believes the ultimate goal for her students is to be able to give a speech in front of the class. She recognizes that it is a daunting and time-consuming task and that it takes time to get to that place, even if it doesn’t happen by the end of the year, because everybody grows at different rates. For Cler, it doesn’t matter how much students need to modify the situation as long as they reach the end goal.

“It’s sort of like exercise. You start with a drill and you go ‘This is what I want you to be able to do, but if you can’t do this, try this modification,’ so I think in the same for teaching, you modify the activity, but you’re still getting the goal,” Cler said. “My goal is to do the activity. I just hope that when they leave me and go on to next year, they get a supportive environment where that happens.”

Cler also explains that after she had surgery on her vocal cords, she couldn’t speak for three months while she recovered, which made her even more passionate about helping her students advocate for their own voice and ask for what they need.