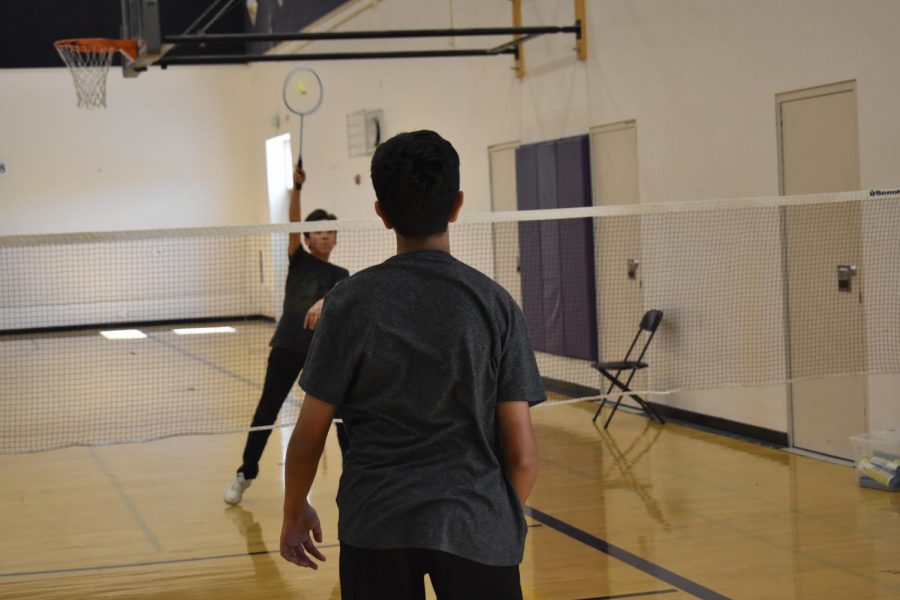 In addition to its weekly open gyms, Badminton Club is planning an intramural tournament in late April, advertised under the slogan “smashing stress.” Intended to help students relieve academic pressure, the tournament is targeted towards students of all levels. The tournament, however, isn’t void of competition — players are still organized into brackets, competing to win various prizes from gift cards to badminton gear.

The tournament’s timing is deliberately scheduled for late April to precede the numerous final exams and standardized exams in May, a period of time which the club’s officers believe is particularly stressful for many MVHS students. Fees for the tournament are $1 to participate in one event and $2 for a second event. The club is dedicating all its proceeds to the FUHSD Community Wellness Taskforce, a district council dedicated to addressing student stress and mental health.

Players are split into two divisions depending on their skill level, then organized into various brackets, according to junior and public relations officer Henry Kam.

“A lot of [participants] aren’t regular club members — a lot of them are members on the badminton team [who] want to play with friends outside who maybe aren’t [on the team],” Kam said. “They would go in, have fun and maybe expose friends to badminton and hopefully encourage them to join the [team] next year.”

Kam, who participated in the tournament his freshman and sophomore year, found its social aspect to be the most memorable.

“I really enjoyed having fun with people I may not play with on a usual basis,” Kam said. “This tournament is a way to interact with other players rather than just playing with people on the team — you get increased exposure to people around you and their skill levels when you try to have fun with your friends, rather than purely playing for success.”

Junior and boys varsity badminton player Raghu Venkatesan, who has competed in the tournament the past two years, believes that aside from being a fun social outlet, the tournament also provides new players with an opportunity to gain experience alongside veteran players.

“If you play with someone good, you can learn a lot, but it can also be bad — if you’re just starting out and you get beaten by experienced players, it can be pretty demoralizing,” Venkatesan said. “Maybe the club can add different flights based on skill level.”

Senior and president Catherine Liu says that there is little in the tournament’s logistics that she wishes to change as plans for this year’s tournament are nearly identical to those of last year. However, one problem she hopes to find a solution for is the tournament’s rushed timing — because lunch is only 45 minutes and it can take up to 10 minutes to set up and take down the nets, actual playing time is quite short.

The Badminton Club officers are also considering the addition of a “funky” twist on their doubles matches this year, in addition to the usual games. This new mode would allow players of different sexes to compete on the same team, which the sport’s rules would usually not allow.

Liu is most excited to witness new players gain competitive experience with the sport while bonding with friends.

“It’s really interesting to see new faces in the club playing at the tournament, and seeing a variety of skill levels,” Liu said. “As a club, we welcome people of all different skill levels of badminton, so it’s refreshing to see new people trying out [the sport] for the first time, and seeing that they really like it.”